PEOPLE tend to associate creativity and talent with something that is innate. But Datuk Lewre Lew Fong Voon shows that with a lot of passion and perseverance, it is possible to teach oneself to be creative.

Lew is perhaps better known as the mastermind behind international shoe brand Lewre.

But his upbringing has nothing to do with fancy shoes and colourful fashion. Back then, beautiful footwear was not within his vocabulary.

Lew, the tenth in a family of 15 children, spent much of his younger days in the rubber estates in Tapah, Perak.

“Those days, we were poor and relied on rubber tapping, and everyone had to work.

“Every morning, I had to run back from the rubber estates to prepare for school. I also had to carry back as much wood as possible for cooking,” he said in an earlier interview. 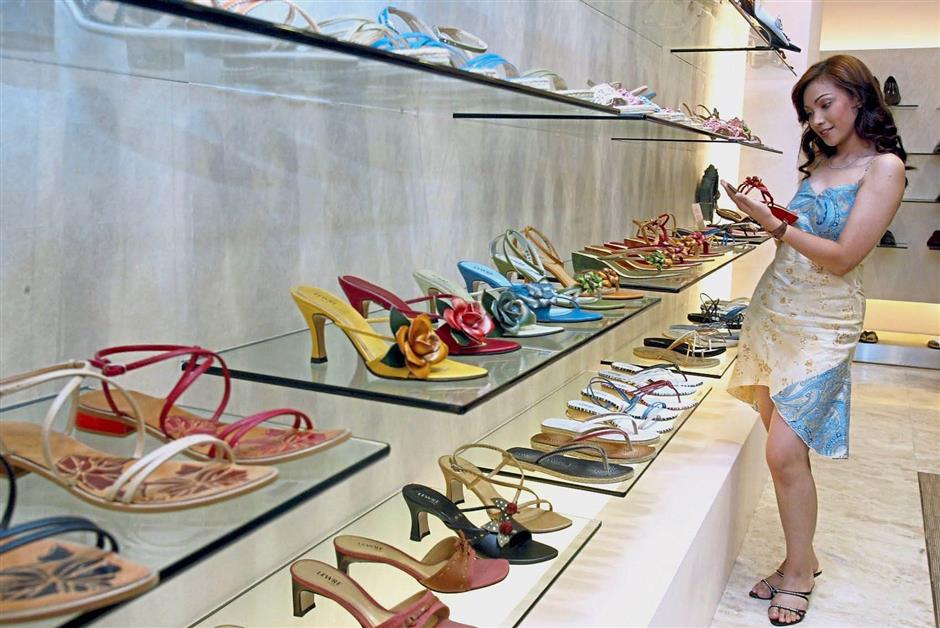 In different hands: A customer checking out Lewre shoes. The retail business is now taken over by Lew’s daughter.

When he started working, he tried his hand at various jobs before he settled into sales. And Lew is good at sales. He is chatty and jovial, and his sentences are punched with bouts of laughter.

In fact, he was so good that an ex-colleague spent two months hunting him down to persuade Lew to join his shoemaking operations in Johor. Lew wasn’t interested.

But having finally located him, his friend wasn’t going to take no for an answer.

After much persuasion, Lew gave in. And it seems as if giving in was a pivotal point for him.

When he was given a tour of the factory, Lew found himself captivated by the process of making shoes. He was particularly drawn to the research and development (R&D) department. Customised: Lewre will be growing its bespoke services as one of its three pillars of growth.

As Lew puts it, “I fell in love with making shoes.”

Although Lew was hired to do sales for the shoemaking company, he spent most of his time observing others making footwear. He taught himself to sketch and design shoes. He learned as much as he could about what goes into the process and he paid particular attention to the company’s handling of its export business.

Three years later, a customer of his sought him out to start a shoe trading company.

His only asset then was his car, which he sold to raise RM25,000 as his share of capital for the new company.

In 1987, they founded Roondy (M) Sdn Bhd and Lew was left to run the business. Six months in, he decided to look at the export market.

“In the beginning, I had to borrow everything – the office, my desk, my chair and even a clerk. I worked very hard,” he says.

When he wanted to look at the export market, he went to see the Malaysian External Trade Development Corp.

“In 1991, I was one of nine people who were picked to represent Malaysia at a tradeshow. It was eye opening. We went to Germany and came back with zero business. No one knew Malaysia yet. We were more like tourist ambassadors promoting Malaysia,” says Lew.

Unperturbed, he continued to participate in the annual delegation to the trade show. Each year, the delegation grew smaller until the fourth year, when Lew was the only one left from Malaysia who went to the show.

It was on this fourth trip that Lew finally secured two customers – one from Lebanon and one from Japan – for his shoes.

After that, he slowly moved from trading to contract manufacturing and then to original design manufacturing. He clocked in his hours, sometimes up to 20 hours a day. And over the next few years, he sold his shoes to more than 40 countries under other people’s labels.

Although he had designed for many other footwear labels by then, getting his own products on the shelf took a while.

He remembers the early days when his products did not get prime position at retail outlets.

“You know those invisible shelves? It is like you are not wanted,” he says.

But Lew continued to work to the bone to make his brand known. 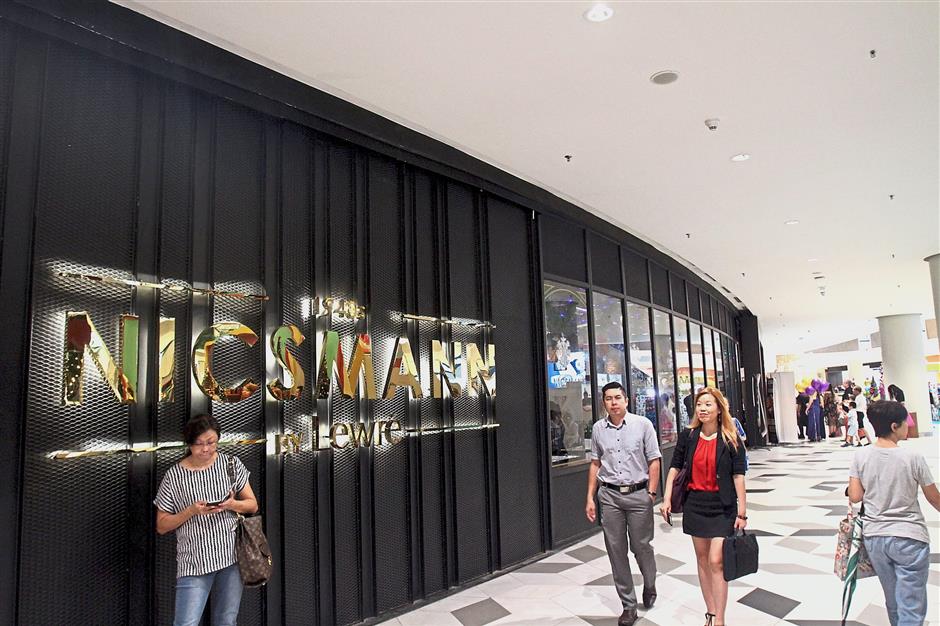 After 20 years, Lew has, no doubt, established Lewre as an international footwear brand. But his ambitions are much bigger than that.

“I want to build a fashion lifestyle brand!” he declares.

Think Armani and the sorts, he says. They produce fashion wear, accessories, perfume, homeware, and some, have even gone into hotel brands, he notes.

Well, a man can dream. And Lew certainly is no short on them dreams.

He ventured into the gourmet segment in 2015 with restaurant chain Nicsmann 1940s by Lewre. There are currently two outlets.

If you ask Lew why gourmet, he’d reply, “Why not?”

After all, good things happen over good food, he says.

He adds that there is interest from China to expand the restaurant chain there and Lew is excited about its potential growth there.

He is also looking at rolling out other fashion products like jewellery as he progresses on his plans to build a fashion house.

Under the exercise, the shoe retail business was spun off and the reins handed over to Lew’s daughter. Lew no longer looks into its operations, noting that “she is very capable of shaping it on her own”.

Lew now focuses on the new entity Lewre Holdings Sdn Bhd, which houses its three core businesses: bespoke, gourmet and licensing. He explains that profit margin on the bespoke business is better as the products are custom-made and there was no need to keep stock.

Lew, who is the executive chairman of Lewre Holdings, is also excited about the prospects of its licensing business as that would grow the Lewre brand into other product segments fairly quickly.

“But we must maintain the brand position in the high-end segment even in the licensing business. We must keep to that,” he emphasises.

In the pipeline is also plans to list the company sometime in 2021 or the year after.

Now that Lewre has grown in international recognition, Lew hopes to give other Malaysians an opportunity to participate in the growth of the brand.

Lewre is currently raising capital on equity crowdfunding platform Ata Plus to fund its growth. The company is looking to raise RM1mil to RM3mil with maximum equity of 4.35% on the platform. “It also helps us get the support of the consumers. When they are a part of the growth of the brand, they will better support it,” he says. 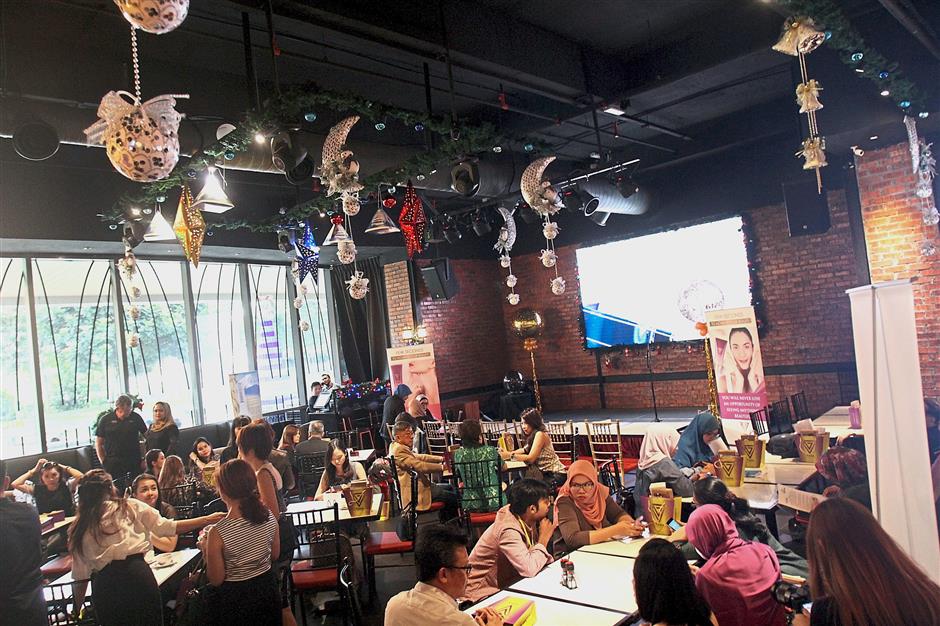 One thing that Lew believes will help the company grow to its next level is the use of artificial intelligence.

Strangely, for someone his age – he insists that he is 25 years old at heart – Lew does not shy away from exploring the use of technology in his products, processes and services. What’s more, most footwear brands have yet to look into deep tech.

Lew, on the other hand, wants to be data-driven.

About two years ago, he sought out the help of scientists in Russia to help him build a three-dimensional measurement system technology to measure foot type. The technology, he says, will help better customise shoes that are comfortable, and could potentially have smart features that would help the wearer monitor certain health-related indicators.

“We’ve been working on the technology and we have patented it in many places. That’s the future,” he adds.

He even foresees how customer experience could be different in the years to come.

“In the future, we will have robots greeting customers at our outlets. They would already have your data. And they can get the measurements for your shoes and help you customise them. And the data can be immediately sent to our factory in Italy!” he shares excitedly.

By 2021, Lew thinks Lewre will be a high-tech global brand.

“This journey is not about myself alone. To build a global brand, you are just a creator. I want to build a legacy and leave it to continue growing after me. And I think all this is doable,” he says.