A leader is nothing without a good team 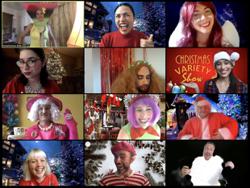 Ace team: Investing in her workers has led to a strong and energetic team.

NATALIE Sit knows rags-to-riches stories all too well. Been there, done that.

She grew up in a poor family in a small town and rose to become the chief executive officer of her own IT solutions provider company, Acestar Sdn Bhd.

But more than just achieving success and finding wealth, Sit has come into her own as the leader of a company, and that is the achievement that she is particularly proud of.

Being a business owner does not automatically make one a leader of the company, she points out. That was a lesson she had learned the hard way. Her inability to lead her team well in the early days of Acestar cost her dearly – she lost her whole team in the span of a day.

But it was an experience that steered her towards learning to be a better employer.

“It’s really not just about your business but about the team as well,” says the 39-year-old.

Humble beginnings: Sit started as an administration clerk in a small firm in Ipoh.

While entrepreneurs are known to wear multiple hats, Sit stresses that business owners cannot run a business all on their own. In order to have a successful business, you need to invest in your team and manage them well.

Today, she runs a company with revenues of over RM20mil and is proud to declare that her staff turnover is almost zero.

Sit’s journey in becoming an entrepreneur is in itself a fairly remarkable story. Born and bred in Ipoh, she has come a long way from her early days as an administration clerk.

While she was growing up, Sit’s family did not have much. She recalls having to share a room with her family of four and saving up every bit of her allowance to buy her own toy.

“We grew up in a RM400 kind of household. It was tough. Surviving was critical. We didn’t know how to have big dreams then,” she recalls.

After secondary school, Sit stayed on in Ipoh and opted to take up a diploma in business administration because “it was a popular choice”. But truth be told, she had no idea what she had signed up for.

Classes turned out to be a drag. Near the end of her two-year course, Sit found work at a small IT firm as an administration clerk and found the job to be a lot more fun than studying.

She didn’t know anything about IT, but she enjoyed the job so much that she did not bother completing her diploma.

“I can’t remember whether I took my final exam or not,” she adds with a small laugh.

Simple gestures: Sit recognises the efforts of her employees with little awards to spur them to do better.

Sit’s employer found that she had good communication skills and encouraged her to move into sales. She excelled at it.

In no time, she was earning well enough to buy a house of her own.

But by her mid-20s, she had reached a plateau.

She then left her job and went to New York for six months, working various part-time jobs to support herself .

“I was planning to stay there longer. I wanted to build a career there but it was hard to build a network. And since I already have that support community at home, I decided to come back,” she says.

Sit returned to her former employer for a few months. But now that she had been to the Big Apple an seen the world, she wanted a bigger pond than Ipoh to swim in, so in 2008, she left for KL to start Acestar.

“At the time, I thought business was about sales, and since I was good at sales, I thought I could handle it,” she says.

It wasn’t that simple.

Sit only had the resources to hire two workers. She herself multitasked, doing sales, deliveries and the accounts among other things.

She described herself as more of an operator rather than a business owner. But even with the limited resources, Acestar managed to break even after its first year.

Next, it was time to look at expansion and profitability. That was when things started to unravel.

Sit and her team of three worked very hard to grow the company and the stress took a toll on her health. She ended up having to go for a surgery and needing two months’ rest.

But the two months away from the office was far from restful. She continued to worry about work.

“I wasn’t a good leader at that time. Everything depended on me. I thought giving my employees a salary to work for me was good enough, but I didn’t build my team and I had no confidence in them,” she admits.

Not long after, she took medical leave again. And this took a toll on her employees. When she returned to work, all three of them resigned.

The incident shook her.

Down time: Acestar provides its employees with a little corner to rest and relax.

She considered giving up the business but the support of her husband (then boyfriend) and a childhood friend kept her going.

“My friend would drive from Ipoh to KL every Monday and stay through the week to help me. I realised that other people weren’t giving up and I shouldn’t give up as well,” she explains.

Sit started anew. This time, she considered her plans with more caution. She restructured the company and carried out a new branding exercise.

She also attended a business course which changed her take on running a company.

“I became clearer about our vision and mission. Earlier, the leader wasn’t leading the organisation so the team didn’t know where the company was heading towards.

“But after attending that business course, I became passionate about building my team and building the right culture in the company,” she enthuses.

She believes that by taking care of her team, who in turn takes care of the clients, the business will continue to do well.

She started spending more time with her employees and looked into opportunities to train her staff and help them develop their potential. She also ensured that her team remained energetic and passionate about their work.

With a stronger team in place, Sit was able to explore other business-related activities.

Her efforts garnered Acestar a Most Promising award at The Star Outstanding Business Awards (SOBA) 2015, a recognition which Sit says meant a lot to her and the company.

“It was our first time participating in SOBA and that award encouraged us to go further. I took it very seriously because we were acknowledged even when we haven’t achieved anything yet,” she says.

And went further, she did.

Sit took home the Female Entrepreneur of the Year award in the “Up to RM25mil” revenue category at SOBA 2016 while Acestar won the Silver award for Best Employer.

Sit notes that there is still plenty of room for Acestar to grow as the IT industry is enjoying a growth spurt.

She has also developed her own product which she hopes to push out into the market soon.

The company is targeting a revenue of RM30mil this year and is looking at a 20%-30% growth every year.

She hopes to be the leading ICT company in Malaysia in three years and is eyeing a listing exercise in five years’ time.

But for all its growth plans, Sit is still very much grounded in her mission to build her team.

“We must provide a platform for people to gain confidence and grow. We need to enable our employees to be the next group of leaders,” she says. 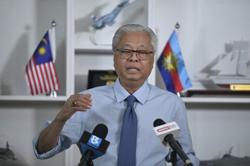 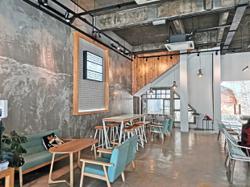