Carving a steak in F&B

When was your first exposure to F&B?

While in college in Sunway, I worked part time as a delivery boy for Pizza Hut. I graduated with an accounting and finance degree, and after working in various banks, rose up the ranks.

While studying in University of Western Australia, I worked as a cook, kitchen hand, waiter and even a dishwasher at several restaurants to partially fund my education.

How did you decide on the franchises you wanted?

When I was young, I loved dining at Tony Roma’s in Singapore. It was always a great treat and the brand, although not present in Malaysia at that time, was well-known in the region. When we finally obtained the franchise rights to Malaysia, I wanted the first few outlets to be in iconic or popular malls, which was why we located our first oulet in Sunway Pyramid Shopping Mall and subsequently, Pavilion Kuala Lumpur. Today, we have altogether 12 outlets in the Klang Valley, Johor Baru, Malacca and Kuching. Today, Malaysia has the most Tony Roma’s outlets in Asia, which is a testament to how strong the brand is here.

What was your initial investment and working capital?

We had a development plan under the agreement to build four outlets and estimated that each restaurant would require a capital investment of close to RM2mil. However, we did not have RM8mil to open four outlets. We had to get a bank loan to open our first restaurant.

Fortunately, our first outlet was very profitable and we made enough capital to keep on developing new outlets. I guess that is where the “entrepreneurship” comes in. Just do it and hope for the best!

The restaurant business is unique as we don’t really require working capital once the restaurant is opened. It’s the initial capital investment that costs a lot, but once we open, cash is collected daily. All sales are carried out in cash (or credit card), so as long as our restaurant is operating positively, we will be able to accumulate cash quite quickly. One of our outlets was so profitable that within six months, we managed to take back all our capital. One caveat to wannabe restaurateurs though, the six-month payback outlet is more the exception rather than the norm!

What were your expectations for annual revenue and how long did it take before you broke even?

We had no expectations. When we opened the first The Manhattan Fish Market restaurant in Midvalley Megamall in 2002, we projected that we would be able to open between four and six outlets in the Klang Valley. Today, our group has more than 100 outlets across 12 countries, and in the last five years, we have more than doubled our revenue and tripled our profits. So, anything is possible!

On an average, our outlets should pay back in three years. Some of our “star” restaurants paid back fully in just six months, however, there were also outlets that bled in the first few years. We have been very fortunate to be profitable from day one and although there were a few low years, we managed to stay in the black.

Last year was an average year in terms of profit due to the GST and the general bleak consumer sentiment. We managed to achieve 12% sales growth, but during the good years, we recorded more than 15%. This year, we have had a few challenges in terms of high raw material cost due to our currency depreciating so fast. Raw material costs, especially imported products, have shot up but we have not revised our menu prices yet.

What are the key challenges in this business?

In the restaurant business, regardless whether it’s company-owned or franchised, the main challenge is to get the person operating the outlet to take ownership, and treat the restaurant like it’s his or her own business. When choosing staff or franchise partners, we need to see whether that person is committed, passionate about serving people and willing to put in the effort to learn and improve daily. The high performers always have these qualities.

What will you do differently in your business this year?

This year, due to depressed consumer sentiment and a weaker Ringgit, we have focused on affordability and value for our customers. So, we make it cheaper to dine with us by coming up with sharing platters, more value lunch sets and programmes that will get people to try our products such as “The Best Deal In Town” promotion for The Manhattan Fish Market. The effect is a lower average check for us, but we increase transactions and visits from customers.

Initially, when we first started, all of us had to put in more hours, as we did not have the structure and organisation we have today. My partner (chief executive officer) Dickson Low was the restaurant manager, project manager and R&D chief all at the same time, while I was sometimes the finance person, procurement officer, chief cashier and the negotiator all rolled into one.

Sometimes, both of us were the dishwashers as well when it came to peak holiday periods, when we did not have enough staff. In the early days, I spent a lot of time dealing with external parties such as suppliers, mall owners, marketing agencies and customers. Today, it’s more balanced and I spend an equal amount of time meeting our people, coaching them and keeping them accountable. I have learnt so much from owning the Tony Roma’s franchise.

Dickson and I are like a tag team as we have yearly discussions on what he will focus on for the coming year and what I should be putting my time in. In terms of strategy, we brainstorm together with key leaders and decide what to do. As I was financially trained, I am naturally the numbers guy who keeps the team accountable in delivering results while Dickson is experienced in handling restaurant operations. Today, if I get into the kitchen, the staff and managers are usually hoping I will step out quickly so as not to disrupt what they are doing!

Tell us more about the new Fire Grill outlets.

We have just signed a deal with Romacorp to open two new Tony Roma’s Fire Grill outlets in Malaysia and Indonesia, and plan to invest about RM2.2mil in each of the outlets. This is a chef-inspired American bistro with an artisanal culinary menu. Franchises have the flexibility to adapt to cultural and food norms of the country where it’s located, and ours will be a pork-free menu. 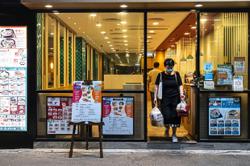 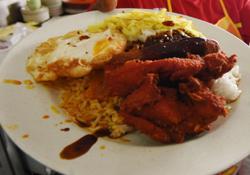 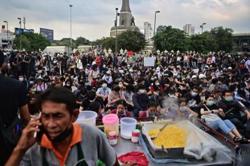