Khushairi seals it for PKNS

FORMER champions PKNS are on course to an impressive outing in the Football Association of Selangor (FAS) league.

PKNS, considered one of the pioneers in the FAS league, showed their might when they edged Sultan Sulaiman Club (KSS) 1-0 in a Group B match of the Super Division at the PKNS Sports Complex in Kelana Jaya.

It was an exciting match as both PKNS and KSS went on the attack from the opening whistle. Both sides had several chances to score but failed to make them count.

PKNS goalkeeper Muhammad Asil Shafiq Sehrifddin and his KSS counterpart Nor Azmi Mustaffa were busy men and made important saves.

However PKNS, with their fans cheering them, had the edge over their rivals but their strikers were unable to get the better of Nor Azmi.

After a scoreless first half, PKNS scored in the 62nd minute. Nor Azmi palmed away a free-kick but a lurking Khushairi Aizad managed to score from an acute angle.

Despite being a goal down, KSS did not show any signs of giving up. They continued their raids at the PKNS’ goal but Muhammad Asil proved to be a stumbling block for the KSS strikers.

For PKNS, it was their second win in the Super division. PKNS team co-ordinator Mohd Nor Azlan was quite disappointed with their strikers for missing many chances.

“We dominated the match but only managed to score one goal. We were lucky to collect maximum points. The forwards will have to work on their shortcomings. We are in a tough group with some strong teams.

“We have to continue winning to qualify for the quarter-finals. We have also qualified for the third round of the FA Cup so we are eager to end the season with a trophy,’’ said Mohd Nor.

PKNS are one of the three unbeaten teams in Group B. The others are Smart Focus and Emkay-NPNG. Smartfocus recorded their third win in the nine-team Group B when they edged Malaysia Airlines 3-2,

Emkay-NPNG, considered the strongest team in the FAS league two seasons ago, edged newcomers MAFC 2-1. Smartfocus are leading the table with nine points while Emkay-NPNG and PKNS, who have played one match less, are second and third, respectively, on six points each.

“We did not win any silverware in the last two seasons. We are eager to make amends this year. The players are aware of the team management’s expectations,’’ said Michael.

In Group A, TLDM and Belia Selangor A went on a scoring spree against their opponents. TLDM, the FA Cup champions two years ago, whipped Anak Kalumpang 5-1 while Belia Selangor A defeated H-SJFC 6-2.

Shah Alam City Council, who have played four matches, are leading the 10- team table with nine points from three wins and a defeat. Belia Selangor A and Team Force are unbeaten and are second and third in the group with six points each.

After the preliminary rounds, the top four teams from Group A and Group B will qualifiy for the quarterfinals.

Meanwhile, Super Division side PNSB advanced to the fourth round of the FA Cup after edging MMU 1-0. 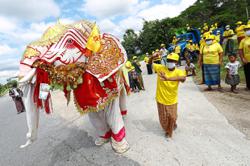