Sibu council eager to work with MPs for town’s betterment 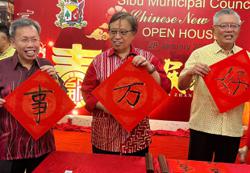 SIBU can expect more development to take place with two MPs from Sarawak in the new unity government.

These MPs are now in their third term.

Speaking at the Sibu Municipal Council (SMC) full board meeting, its chairman Clarence Ting (pic) said the town was now well represented by the number of elected representatives in the government.

“Now that our two MPs are in the unity government, SMC should work with them and with our assemblymen to ensure Sibu gets the necessary funding,” he said.

He also hoped that his GE15 election manifesto would be carried out by the two MPs.

Ting, who contested for the Sibu seat in GE15 but lost, had included among other things the upgrading of the airport road and improving the town’s landscape in his manifesto.

“DNB has indicated that it will instal 88 telecommunication towers next year as it wants the council to support the project since these towers will be located in areas within SMC’s jurisdiction,” he said.

Once that project takes off, Sibu will be the fourth in the state after Kuching, Bintulu and Miri to have 5G internet service. 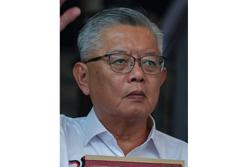