‘Buy sports merchandise only from authorised stores in Johor’

FOOTBALL fans have been told to buy only authentic merchandise, including original football jerseys of their favourite teams contesting in the 2022 FIFA World Cup tournament in Qatar.

“Counterfeit goods are usually not of good quality, especially the fabric for football jerseys, which can easily tear or get damaged.”

Hairul Anuar said the ministry was working closely with companies that distributed official merchandise in Johor.

Football fans, he said, should go to official stores or sportswear shops available throughout the state.

“Buying from non-licensed sellers is only encouraging syndicates to sell fake goods.

“Instead, consumers should get authentic or original sports merchandise at official stores or licensed sellers as the quality will be much better,” he added.

Hairul Anuar said so far the ministry had yet to receive complaints about the sale of fake branded goods in conjunction with the FIFA World Cup.

He, however, added that consumers should forward their complaints directly to the ministry if they come across any fake goods being sold openly in the market.

Hairul Anuar said the ministry has opened up seven channels for the public to lodge complaints.

“People can also lodge complaints with the ministry through our WhatsApp number 019-279 4317 or write to us via e-aduan@kpdnhep.gov.my or the Ez Adu mobile app. Alternatively, go directly to eight of our ministry offices in Johor,” he added. 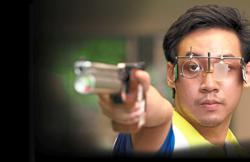