Mohd Noorazam says 12 clean zones have been established in the city.

THE Johor Baru City Council (MBJB) has collected close to 10 tonnes of litter since the Johor Bersih campaign was initiated.

“We have picked up 9.8 tonnes of litter in the city centre as of July 23,” Mohd Noorazam said in his speech during the city council’s full board meeting at Menara MBJB.

“The irresponsible littering habit reflects our low level of awareness in maintaining cleanliness.

“Everyone in the city should shoulder the responsibility of Johor Baru’s beautification efforts.

“They should only throw rubbish in bins and keep the surrounding areas free of litter.”

He added that the Johor Bersih campaign which was launched by Mentri Besar Datuk Onn Hafiz Ghazi on July 2, was being carried out by all local councils in the state.

Noorazam said the campaign aimed at making Johor, the southern gateway into Malaysia, a clean state where good hygiene was practised.

Each local council has key performance indicators to achieve in the campaign to project a clean, pleasant, beautiful and safe environment within 100 days of the campaign’s inception.

Noorazam said MBJB had carried out various initiatives to meet the campaign’s objectives.

“The city council has increased the number of clean zone locations.

“Since Feb 26, 2018, clean zones were at the city centre and Ibrahim International Business District (IIBD).

More clean zones will be added in the near future.

Mohd Noorazam said clean zones were areas that took into account all aspects of cleanliness including being free of smoke, aedes mosquitoes, rubbish and polystyrene.

“All of these eight criteria are necessary in a clean zone so the goal of making Johor clean is quite comprehensive.

“It not only involves physical cleanliness but also covers health and safety,” he added. 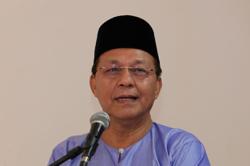 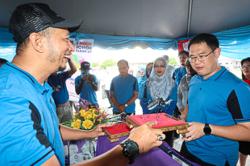