THE increasing number of high-rise property developments in Cheras, Kuala Lumpur has pushed its residents to start an online petition to stop the old township from being overrun with apartments and condominiums.

They hope the petition will paint a clear picture of overpopulation in the area to Kuala Lumpur City Hall (DBKL) and that the local authority will consider this before approving future projects.

It highlights seven ongoing projects that have yet to be completed within a 4km radius of their neighbourhood.

The residents projected that when all existing development projects are ready, there would be an additional 9,187 residential units in the area.

They worry that the overflowing of high-rise projects in the already saturated Cheras area would have a major impact on the ecosystem as well as the residents’ safety and security.

According to the petition, it will not only intensify the current traffic congestion but elevate the risk of flooding, landslides and other unforeseen risks if not addressed.

The online petition which started on June 13 has over 9,700 signatures at press time.

While the residents cannot stop projects that had started construction, they hope the petition will at least lower the approved density of the proposed projects.

One such development that Taman Desa Aman residents have objected to is the proposed redevelopment of flats in Taman Rajawali.

According to the residents, the project would drastically increase population density in the area – from a mere 80-unit apartment block to two high-rise blocks with 693 residential units.

Fearing environmental pollution, damage to infrastructure and flash floods, Residents Association of Desa Aman Terrace and Shop Houses (RADA) wrote to DBKL on Jan 25 to oppose the density of the project.

“According to the guideline, the redevelopment of socially-not-fit private strata housing into low-cost housing and freepriced housing not exceeding 1,200 people per acre, that comply with the technical planning requirement, can be allowed.

“The developer has shown proof that it has obtained 75% of the residents’ agreement, and the land acquisition process is ongoing under Section 3(1)(B) or (C) of the Land Acquisition Act 1960 (Act 486) for the redevelopment of Rajawali flats,” said Zulkurnain in his reply.

RADA thinks erecting a high-rise project in the middle of the landed housing area shows poor planning on DBKL’s part as the local authority has not taken into account the social impact on the area’s existing residents.

Resident Dr Gan Siowck Lee said the redevelopment of Rajawali flats within her neighbourhood was of immediate concern, but in the long term, the unabated mushrooming of condominiums in the area was more worrying.

“There are other completed housing projects that are not fully occupied.

“Two other projects coming up at the edge of Taman Desa Aman and a few more in Taman Supreme and Taman Segar, altogether boast thousands of residential units.

“We hope DBKL can consider our pleas to lower the density of the projects,” she said Speaking on condition of anonymity, another resident who spearheaded the petition, said Taman Desa Aman residents were not consulted on the redevelopment of the flats located just behind their homes.

“We understand that stopping the project entirely is not going to happen.

“We want to have a meeting with the developer and DBKL on ways to mitigate the negative impact that our neighbourhood is going to face,” he said, adding that no dialogue on this matter had been held with the residents.

RADA committee member Derrick Teh raised a concern about insufficient parking bays that would force homeowners to park by the roadside.

“We do not want this neighbourhood to be like Bandar Sri Permaisuri where there are lots of high-rise buildings and residents’ cars parked by the road side that cause massive traffic jams,” he said.

project was permitted to build two blocks of 18-storey condominiums and 17 villa homes on the same site.

It is located on a vacant hillslope next to Jalan 2/98 and Jalan Bukit Segar 9.

Taman Supreme Residents Associaton deputy chairman Lee Lit Heng said during the tenure of former Kuala Lumpur mayor Datuk Seri Mohd Amin Nordin Abdul Aziz, the latter had rejected a project comprising two blocks of a 46-storey building due to it being on a Class Three or Four slope.

‘Technically, it is dangerous to build any project on that piece of land.’

“In a letter in 2015 on the disapproval of the project, Mohd Amin Nordin said only low-rise housing could be built there. But now, another high-rise is coming up,” Lee said.

In October 2021, several residents associations protested against development in the area where 2,500 residential units were to be built.

They feared that it could destroy pockets of green lung and increase traffic volume when the population increased.

“The two blocks of an 18-storey building have not received the development order and we want to stop or reduce it to low-rise housing,” Lee said.

Cheras MP Tan Kok Wai said the overdevelopment issue was worrying residents as it threatened their liveability and quality of life.

“Putting mega structures in the midst of it without proper town planning can cause irreversible damage to the mature township.

“In fact, the redevelopment of Rajawali flats and proposed development at the hillslope of Taman Supreme is just the tip of the iceberg as there are half a dozen new projects earmarked in Cheras South.

“In the case of Taman Supreme, the residents are fearful that the proposed development project on Class Three and Four hillslopes would bring about landslides such as the recent ones in Taman Pertama and Taman Bukit Permai 2,” he said.

He was referring to the collapse of a retention wall on a house in Taman Pertama due to development and the landslide in Taman Bukit Permai 2 a few months ago.

On July 23, StarMetro reported that more earth movement was detected in Taman Bukit Permai 2, less than 100m away from the site of the massive landslide that occurred there in March.

Residents said they witnessed soil erosion on the damaged slope early Saturday morning, which buried an excavator that was left at the site.

Tan also chided the government for ignoring the many negative consequences and impact of the high-density housing projects, just so they could fulfil the promise of constructing 50,000 affordable homes in the Federal Territories.

“These high-rises, including multistorey condominiums and apartments, will yield high population density in their respective locations.

“As it is, the present infrastructure cannot cope with the increased population where demand for infrastructure and amenities services, traffic congestion, pollution and all sorts of problems are affecting the quality of life and liveability of the existing residents,” he said.

Tan called on DBKL to have an urgent review of all housing projects in Cheras and other affected areas in Kuala Lumpur.

“This goes for approved housing projects and those that have not been given the green light, at least not to the extent of impacting residents’ lives.

“We hope DBKL can plan development in accordance with the Sustainable Cities and Communities, one of the 17 Sustainable Development Goals established by the United Nations,” said Tan. 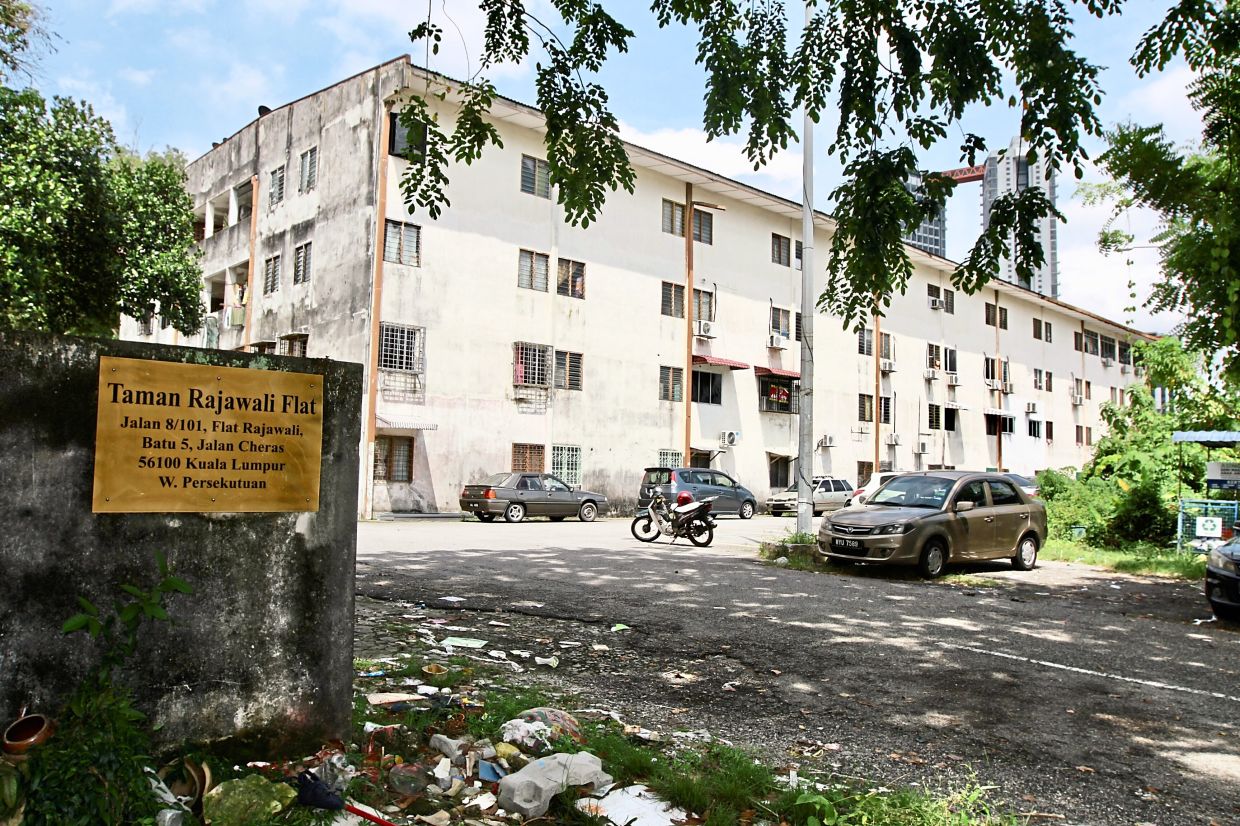 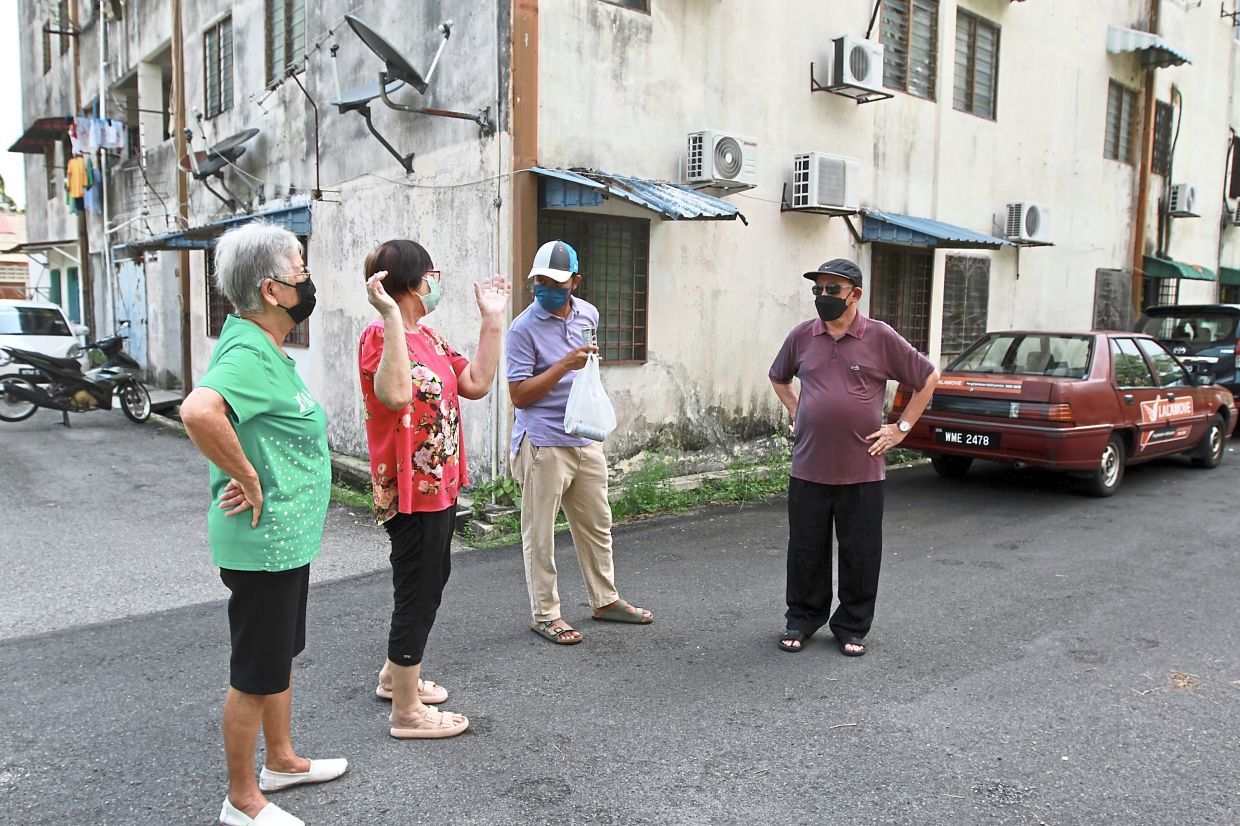 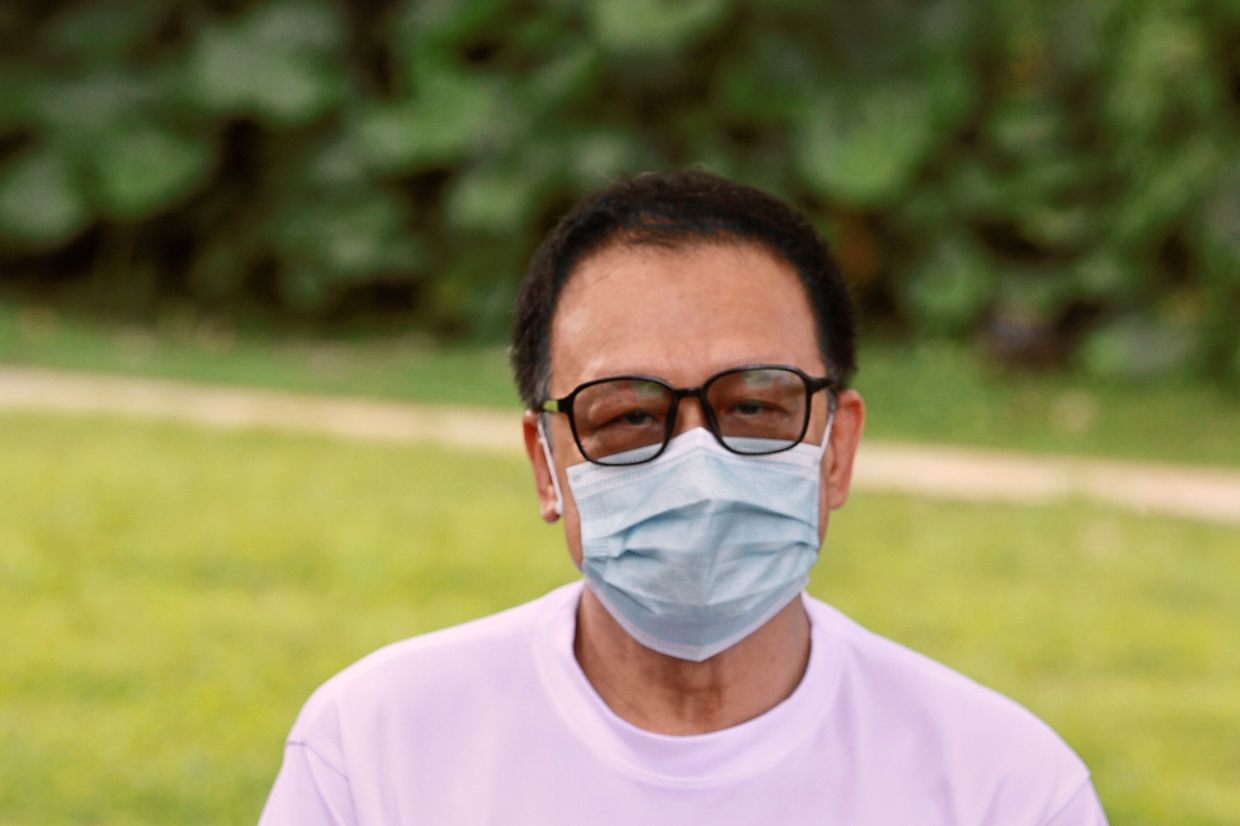 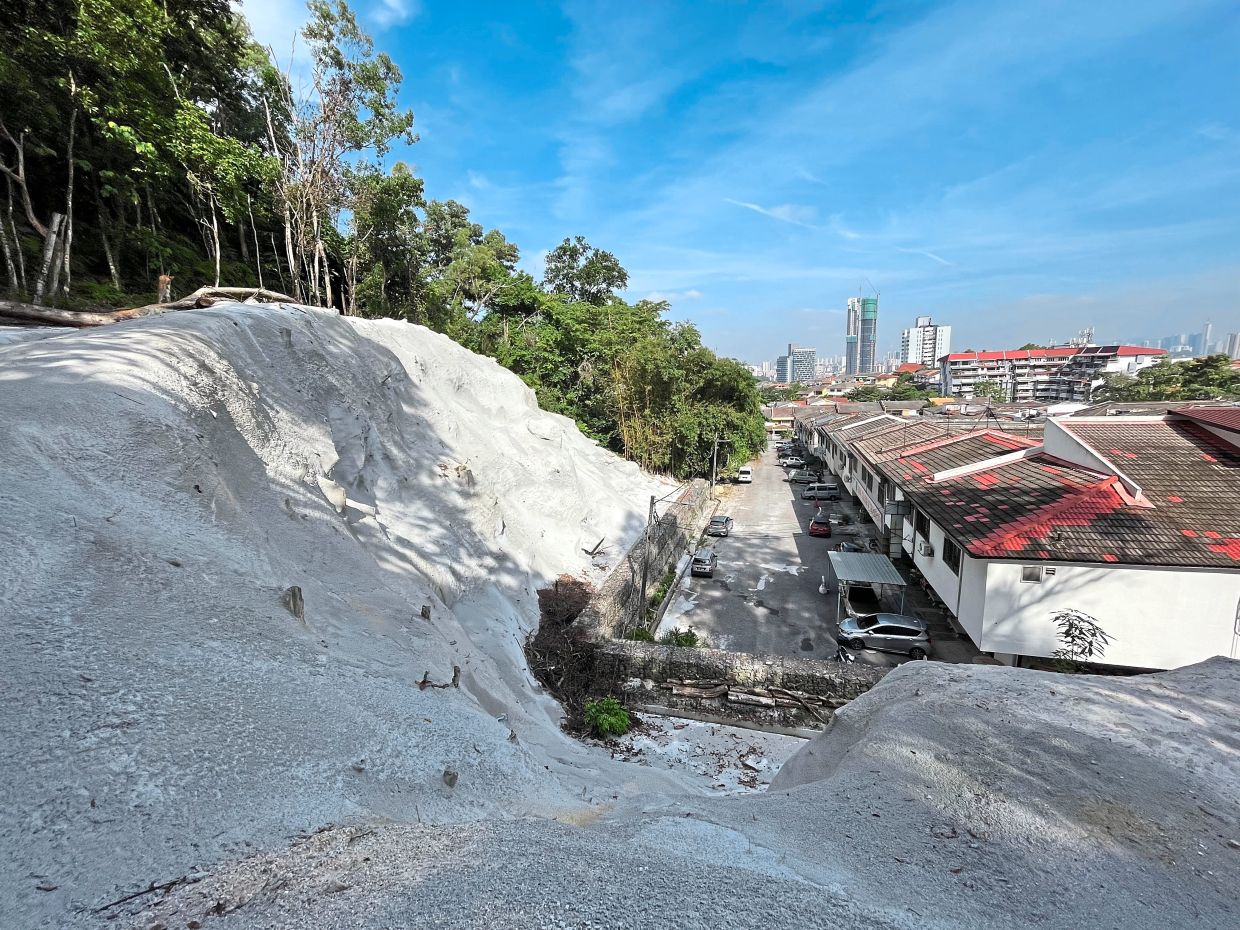 The flats in Taman Rajawali will be redeveloped into two blocks with 693 residential units, increasing the area’s population density.

Taman Desa Aman residents discussing the redevelopment of Taman Rajawali flats behind them.

Teh is concerned about insufficient parking bays that may force homeowners to park by the road side and cause congestion in Taman Desa Aman. 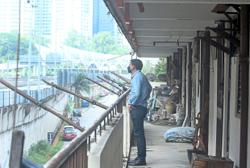