A preliminary report by the National House Buyers Association (HBA) on a government housing project in Jinjang Utara, Kuala Lumpur reveals myriad problems that may lead to bigger issues if they are not rectified soon.

The pro bono study was done in collaboration with waterproofing specialist Sika Kimia Sdn Bhd and a team of engineers and specialists.

The report highlights the need for urgent measures to deal with PPR Sri Aman’s water leakage problem, and other issues that may worsen the condition of some units if not properly rectified.

About 100 residents at the four-block low-cost flats had complained about water leaks at their units dating back two years.

The good news is that in general, the report stated the structures of Block A, B, C and D of the people’s housing project are safe for dwelling.

Nevertheless. it added that dampness had been detected in numerous locations and this issue needs to be attended to immediately to arrest further deterioration of the concrete structures. 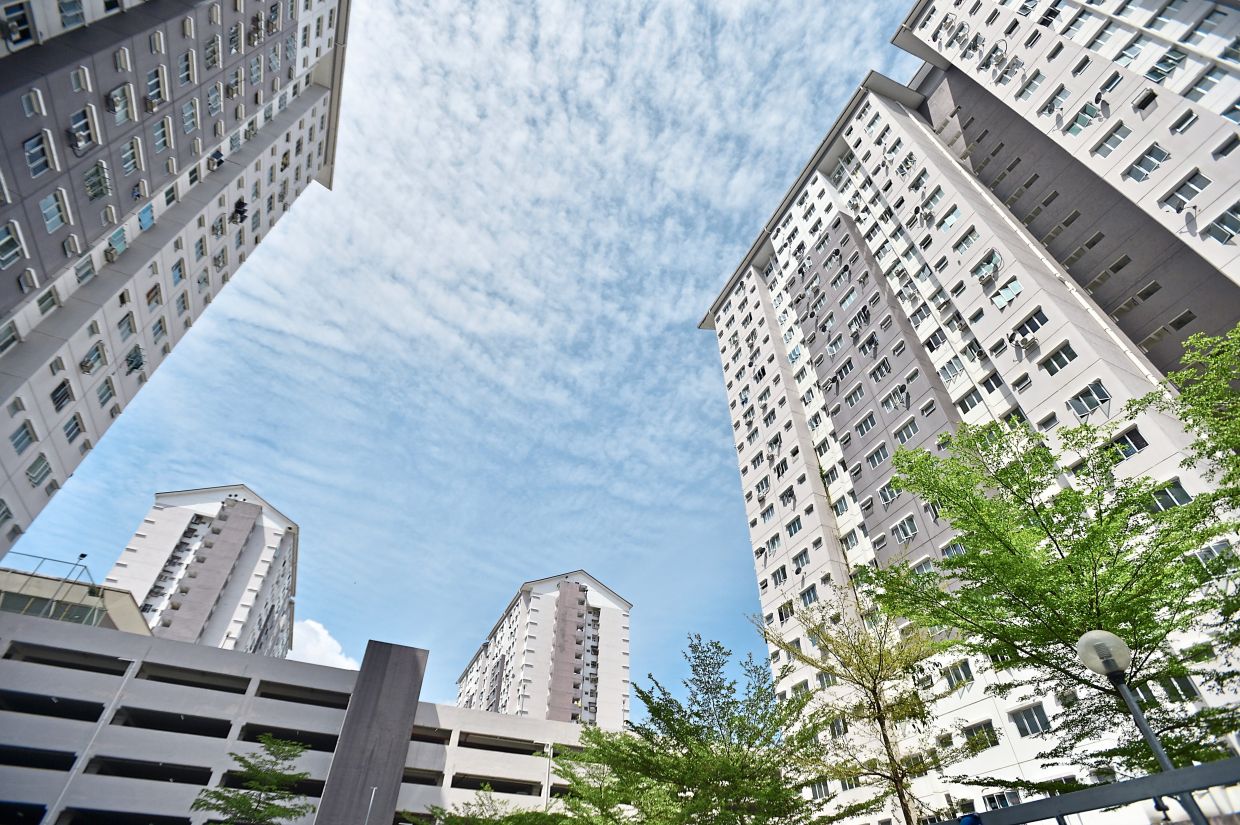 PPR Sri Aman in Jinjang Utara was only completed in 2015 but numerous problems have surfaced since then.

A private developer was appointed by the Housing and Local Government Ministry to build PPR Sri Aman which was to house the poor, including former squatters who were placed temporarily at the Jinjang Utara Longhouse.

Built in 2015, at a cost of RM215mil, the 1,600-unit flats began to experience issues ranging from water leaking out of walls, from beneath floor tiles, mould and mildew to foul stench.

Residents said there are leaks within the internal and external piping and water is seeping through the concrete.

Since the defect liability period ended in 2018, the building was handed back to the ministry and later, Kuala Lumpur City Hall (DBKL).

However only tenants can forward their complaints to DBKL, not owners.

Meanwhile, based on checks by HBA, water leaks have been detected in master bedrooms, living rooms, toilets, walkways and carparks.

The report suggested these could be attributed to cracks and/or cavities in external walls, leaking pipes due to unsafe water pressure, migration of dampness from the upper parcel, stagnant water and waterproofing failure.

The pools of water resulting from leaks are a liability as residents risk injury from slipping, electrocution, biological contamination and structural deterioration to the buildings’ structure, furniture and fittings.

Excessive water pressure may cause irreversible expansion to polymer pipes and potentially lead to a series of burst pipes and flooding.

Thus, the report recommended an audit be done to assess the plumbing system.

Immediate actions are recommended to check the pressure-reducing valves (PRV) and the condition of the domestic water pipes.

PRVs need to be serviced and cleaned every one to two years and the diaphragms in the PRVs need to be replaced every four to five years, according to the manufacturer’s advice.

Leakage from external walls and windows were identified too, and to address this, it should be sealed with compatible elastic materials which can cater to movement (heat, settlement, wind) and painted with elastomeric primer and weatherproof coating, according to the manufacturer’s specifications.

The report also noted that the waterproofing failure in the car park was serious and widespread.

Spalled concrete with corroded reinforcement steel bars could be seen in a few locations the report recommended immediate actions to protect and repair the concrete structures.

HBA also urged the local authorities and agencies to take heed of the seriousness of the impending issues according to their severity and urgency, reiterating that their findings were derived merely from a preliminary inspection at limited areas.

A thorough inspection was recommended by HBA for the safety and well-being of the residents to determine the impact of the numerous issues on the buildings’ structures.

HBA said that it did not rule out the possibility of more leaks being detected.

Lastly, HBA said that standard operating procedure in cases of inter-floor leakage according to Strata Management Act 2013, were applicable.

PPR Sri Aman residents’ lives have been greatly affected by having to live with the defects.

HBA was alerted to their plight after the issues were highlighted in the media and a video showing the defects went viral.

“I hope they are aware of the severity of the issue and will call for a meeting with representatives from DBKL, the contractor, the architects who issued the Certificate of Fitness for Occupation, the National Housing Department and HBA as soon as possible,’’ said its secretary-general Datuk Chang Kim Loong. 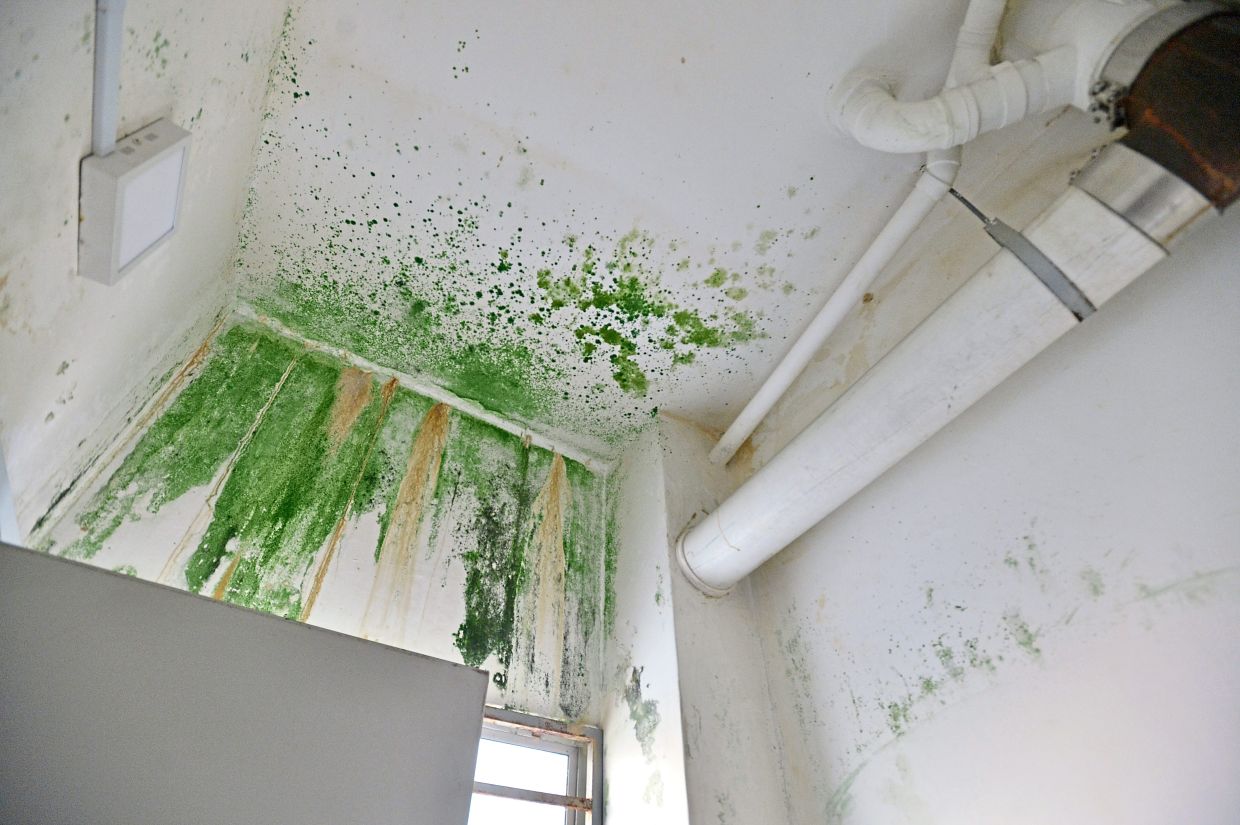 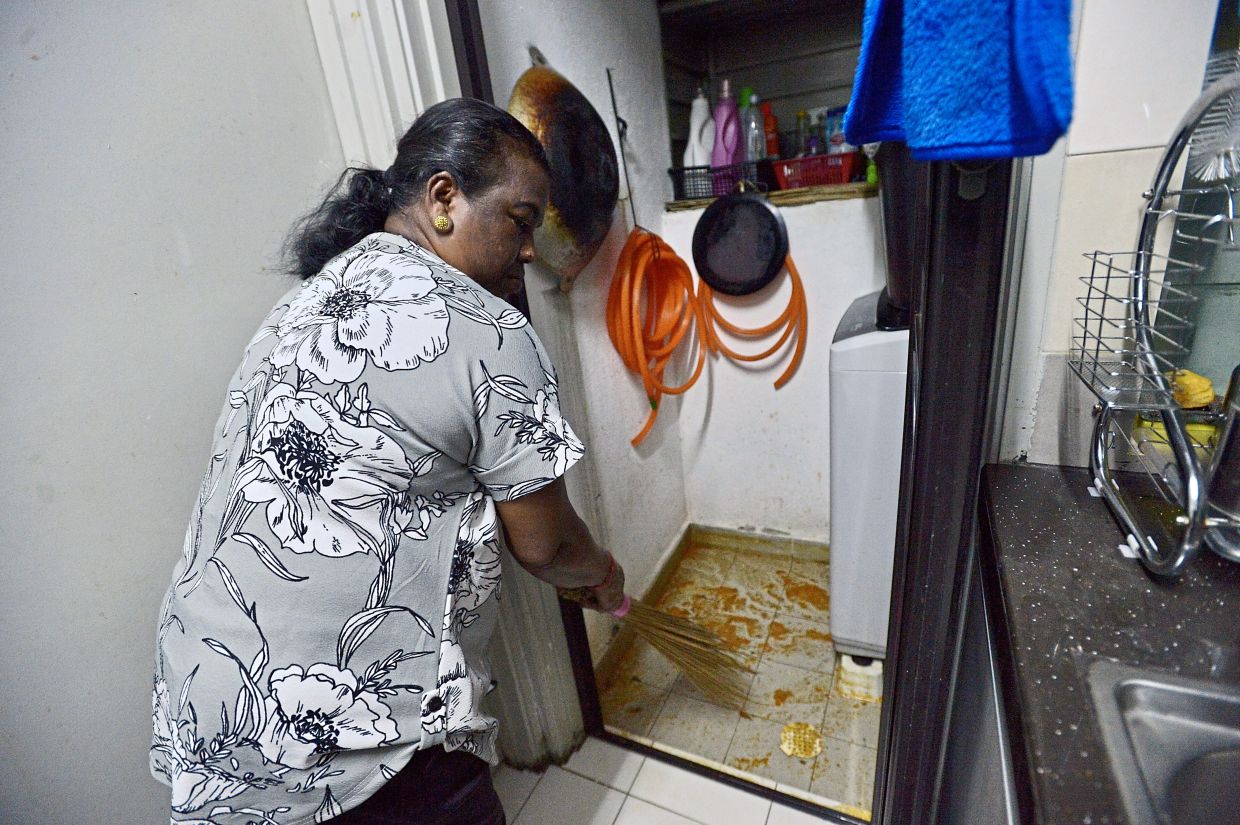 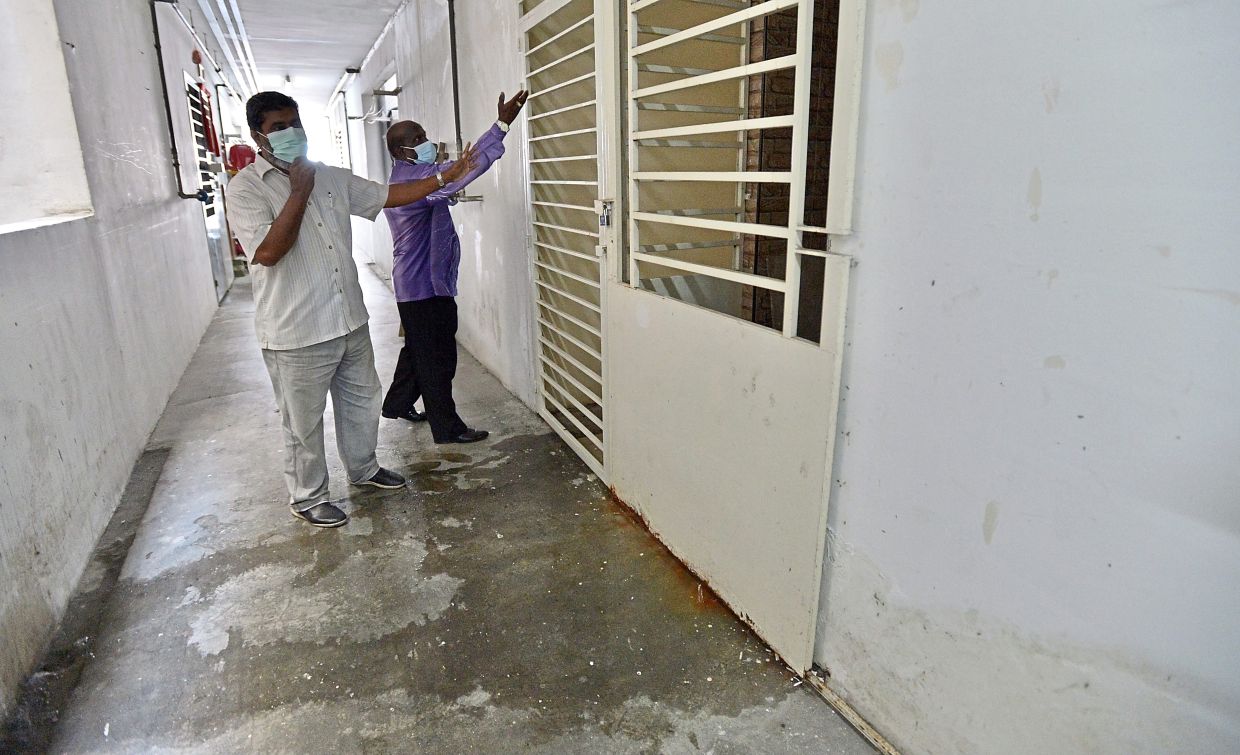 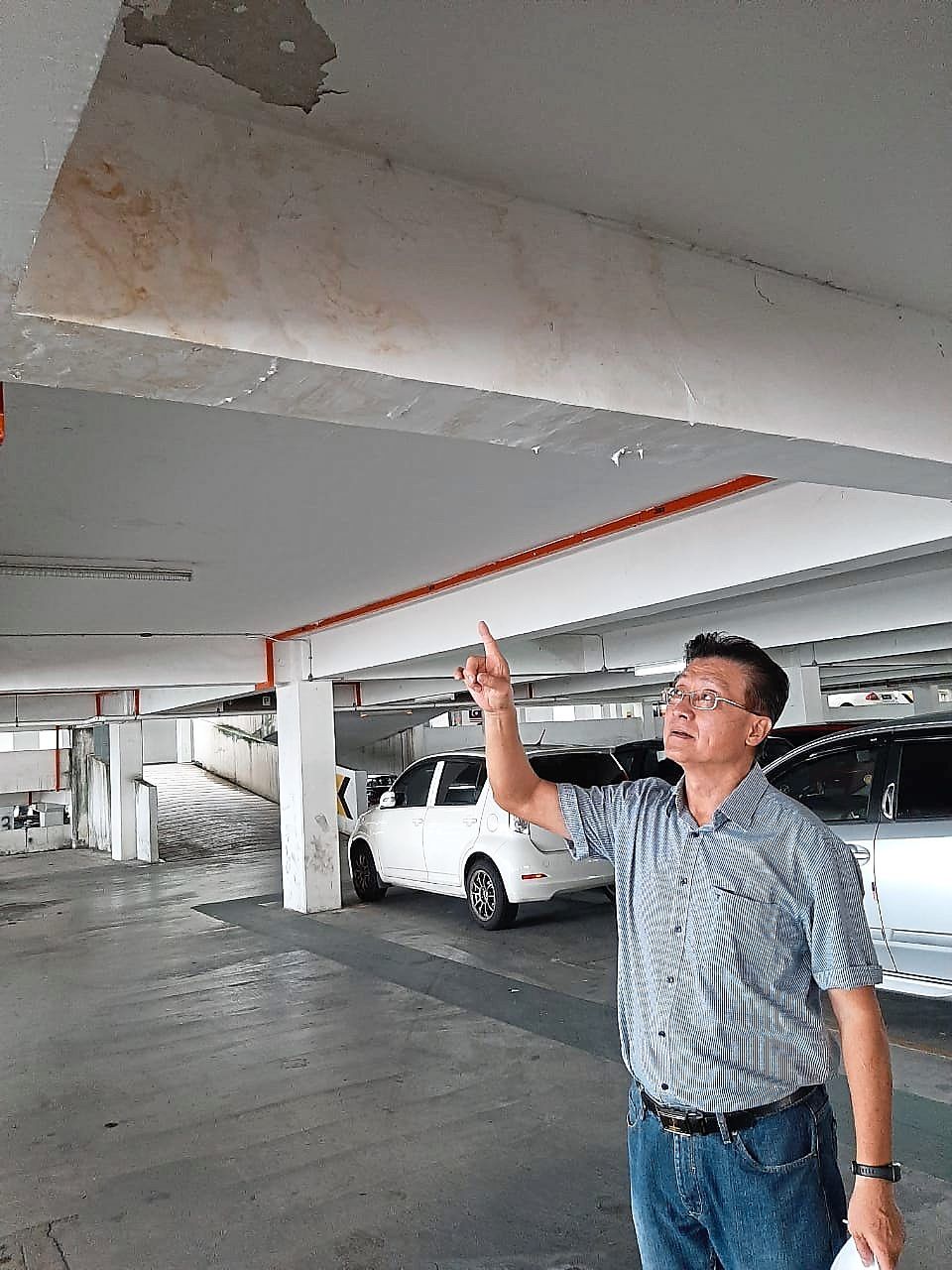 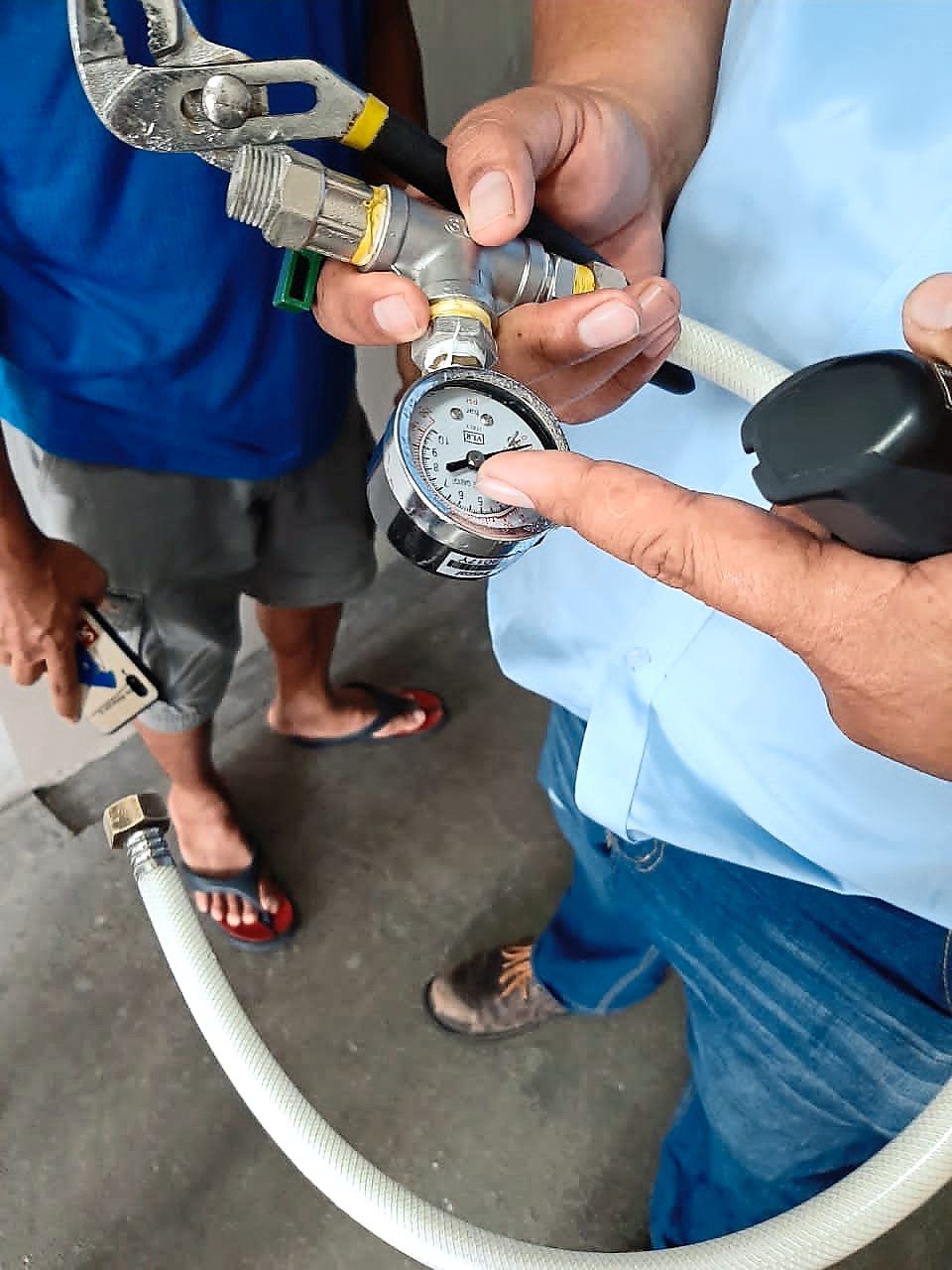 The mould problem in the bathroom of a unit.

A resident cleaning water that is seeping out from underneath the tiles in the kitchen area.

Mohamed Nawaz at an empty unit that is flooding from the inside.

A pressure gauge was used to test water pressure in the building.

Institute: Identify underlying causes so corrective measures can be taken