ANOTHER young hornbill, which is a protected species, has been surrendered to the Sarawak Forestry Corporation (SFC).

According to SFC in its Facebook post, a man from a fishing village in Bakong, who had adopted a Black Hornbill (Anthracoceros malayanus), handed over the bird to the authority on Jan 18.

SFC said this bird and the one surrendered on Dec 13 last year by a concerned citizen in Kuching, would be released back into the wild after undergoing a health check.

Hornbills are a totally protected species under the Wild Life Protection Ordinance 1998.

The ordinance states that any person who sells mist nets for the catching of mammals or birds without a licence issued by the Controller shall be guilty of an offence and may be liable to three months imprisonment or a fine of RM1,000 if convicted.

They can also be found inland and in hill forests. They are territorial birds. 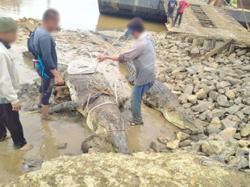 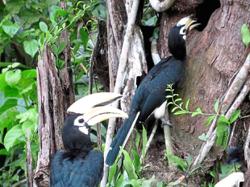