Residents of the Kangkar Pulai Kenari Flats attending to their farm.

ALL it took was six months for the residents of Presint Utama Mutiara Rini in Skudai, Johor, to change the landscape of an abandoned, snake-infested piece of land into a community urban farm thriving with plants.

There are also ducks, chickens and fishes that add to the farm’s allure.

The Pondok Kebun project is led by former landscape architect Md Azaly Man, 43, with the support and commitment of more than 100 neighbours.

“The 0.8ha land was sitting idle for over 20 years filled with overgrown bushes.

“It was also a breeding ground for snakes as we found several snake eggs while clearing the land.

“In late June last year, we decided to do something about it as many people were unable to go to work at that time, due to the Covid-19 pandemic.

“Over time, we were able to plant fruits and vegetables, build a fish pond and a barn for chickens and ducks,” he told StarMetro.

He said there were over 10,000 fishes, including tilapia and catfish, as well as hundreds of ducks and chickens on the farm.

“Apart from trees such as durian, guava, papaya and sugar cane, we also planted padi using the hydrogenic method. It is probably the first padi farming initiative in an urban area.

“Although we could only plant a small amount of padi, it is definitely something we are proud of as we have proven that it can be grown in an urban environment,” he added.

Md Azaly said that while the residents were able to generate income from the plants, fishes, poultry and eggs, the main objective behind the urban farming project was to foster better relations within the community.

“Our main purpose is not to generate income, but to get the community working together and give residents a space to unwind with their loved ones,” he said.

“Residents can buy the fruits and vegetables we harvest.

“The income we get is used to further develop our farm.”

He said residents now knew each other and even got together to provide flood relief for victims in Pahang and the Klang Valley.

“We also educate our young on farming and the importance of teamwork, besides passing on other values.

“It is also nice to see that residents have a space to go to for evening walks with their families.

“We hope other neighbourhoods will be inspired to initiate such projects, as it is not only good for the environment but also for their own mental health,” said Md Azaly.

Another resident, retired civil servant Rosli Arshad, 63, is happy to indulge in farming in his retirement years.

“I have always been intrigued by the idea of farming but never had the time to explore it during my working years as there were a lot of other commitments.

“Now that I am retired and have time on my hands, I can learn a thing or two about farming.

“It is such a relaxing activity and I enjoy working on the farm with my wife.

“We come here almost every day during our free time to water the plants and feed the animals,” he said.

Baker Liyana Zohiri, 33, said she and her husband were building a flower nursery at the farm.

“My mother-in-law is a resident here, and we come frequently to contribute what we can for the farm.“It is also nice to see young children spending their time here.

“There are schoolchildren who come almost every day to care for the plants and farm animals,” she noted.

Another urban farming project that has been successful is the Kangkar Pulai Kenari Flats community farm.

She said the farm had a wide variety of flowers, vegetables, fruits and herbs such as banana, papaya, turmeric, ginger, ladies’ fingers, spinach, ulam and chilli.

“Initially, residents from only about 20 units were involved in the project. The number has now grown to about 60.

“We have been getting support from government agencies such as MBIP, UTM and the state agriculture department.

She said that besides getting their supply of fresh vegetables, residents had grown closer to each other by being involved at the farm.

“We can see a huge difference in terms of cooperation among residents once the farm was started.

“Even incidences of theft have dropped significantly as the people look out for each other.

“Besides the farm, residents have also been involved in a recycling project where they go from house to house to collect recyclable items for sale,” she said.

Ruhaidah said teenagers, too, actively participated in the flats’ community programmes, with some taking on the duty of collecting recyclables on weekends.

“We hope to keep developing our projects and get more residents involved in these initiatives,” she added.

Besides these community groups, there are individuals living in the city who plant fruits and vegetables for their own consumption.

Among them is Tan Lai Kwee, 53, who gets his supply of fresh vegetables from his community patch in Taman Perling, Johor Baru.

“I have been planting fruits and vegetables on a small plot in front of my house for many years.

“During the Covid-19 pandemic, I became more active at the vegetable plot as there was less work at the furniture factory,” said the carpenter.

“My mother and I have been busy with gardening and we rarely need to buy fruits or vegetables from the shops,” he said, adding that he shared the harvest with his family.

Tan encouraged more people, especially urbanites, to take part in farming as it was beneficial to their health and good for the environment. 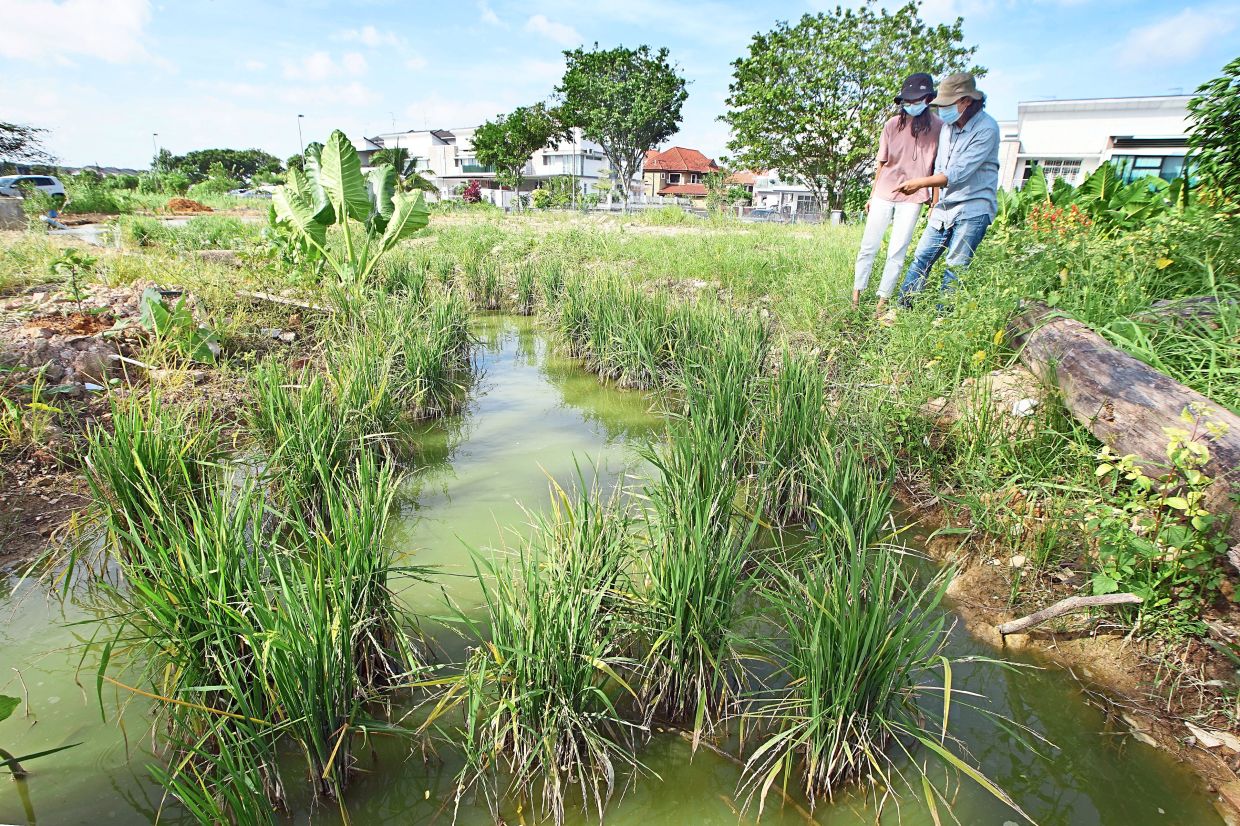 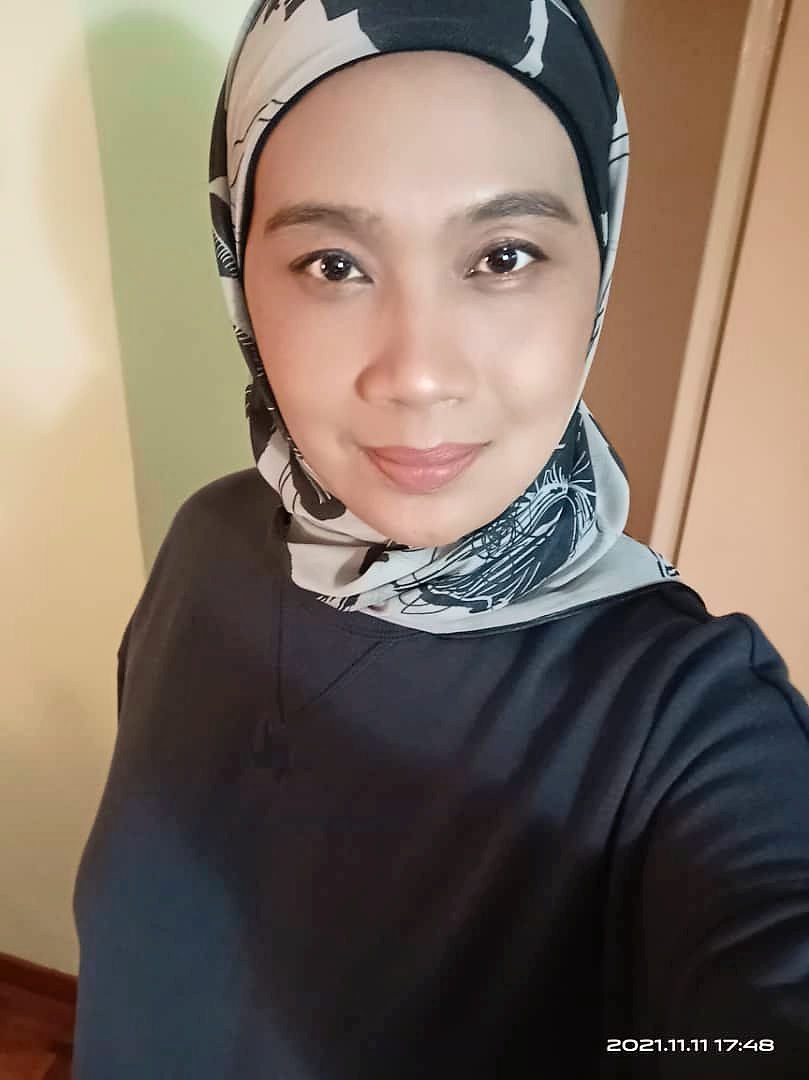 Md Azaly showing some of the plans for the expansion of the Pondok Kebun farm.

Tan depends on his vegetable patch in Taman Perling for his daily meals.

Ruhaidah: The Kangkar Pulai Kenari Flats community farm started in 2018 through collaboration with MBIP and UTM.