A researcher from UTHM measuring the size of white oysters found in Sungai Muar.

He said the initial phase started with taking samples of the oysters, interviewing fishermen and getting information on the quality of the oysters’ habitat.

“Based on our data collection, there is still a need for better conservation efforts so that the practice of harvesting oysters can be more sustainable for the environment and the future of Sungai Muar.

“Currently, fishermen dive in to the river to harvest oysters, which is the traditional method.

“What we aim to do is to introduce a breeding tank or a designated location where we can cultivate oysters so that it will be much easier and safer to harvest in the future,” he said when contacted.

Kamarul said the initial research was conducted with two of his students, and their findings revealed that the present oyster population was able to meet the current demand for local consumption. 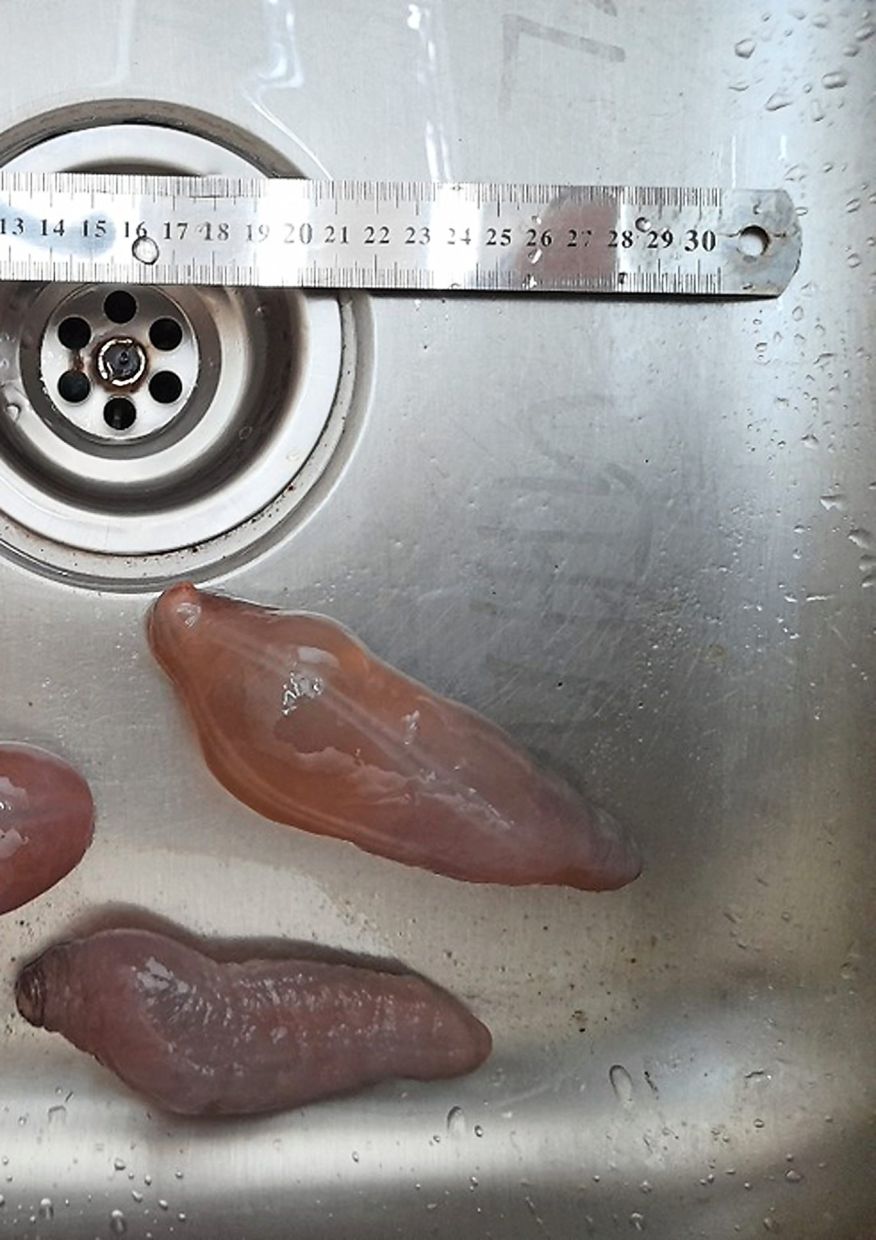 Sea cucumber samples from Langkawi and Sungai Muar that are being tested.

“We are also working together with a local restaurant in Sungai Muar in terms of promoting these oysters as a local delicacy and a tourism product,” he said.

He revealed that he was currently conducting the same research on sea cucumbers in Sungai Muar, with the assistance of Mohd Ilham Norhakim, a citizen scientist in Muar.

Kamarul said the research on sea cucumbers was more of a DNA sequencing comparison between the species in Sungai Muar and those in Langkawi.

“Based on the reports from local fishermen, Sungai Muar is also a natural habitat for bronok or sea potato (Acaudina molpadioides), which is a type of sea cucumber well-known in Langkawi.

“Aside from identifying the DNA of the species, we want to help seafood restaurants here put bronok on their menu, but with a Johor recipe,” he said, adding that he had also conducted research on the usage of sea cucumbers in medicine.