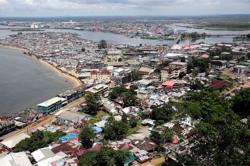 Sungai Bawan residents in front of the wooden Sacred Heart Church which will undergo restoration.

THE prayers of Sacred Heart Church members in Sungai Bawan, Kanowit, have been answered as an allocation has been approved for repairs to the original wooden building.

Since 2017, Sungai Bawan residents, led by church development committee chairman Liew Tubow, had been requesting for the church’s restoration.

Built from belian wood in 1883 by Catholic priest Father Stotter, the Sacred Heart Church is one of the oldest in Sarawak.

Although the church had not been used for years after the completion of a new one, the church committee had never lost hope that the heritage building would be restored.

The Unit for Other Religions (Unifor) in the Sarawak Chief Minister’s Department had approved an allocation of RM500,000 for the church’s restoration.

This was announced by Alexander Vincent, the incumbent assemblyman for Ngemah.

“This church is a heritage building, so we need to preserve and take good care of it.

“A chapel nearby received RM100,000 while another church in Tuahand Ngemah received close to RM100,000,” he added.

Liew thanked the state government for the financial allocation.

“Today is a historic day for us as this church will be repaired soon.”

He added that once repair works were completed, the church would be able to accommodate residents from several longhouses in the area as the building could host more than 100 congregants.

Residents of Nanga Bawan, Sungai Tuah, Rh Damat and Francis will also be able to access the church.

According to a working paper on the church’s restoration, a school was also built near the cemetery area.

The majority of the locals are Iban and some gave up their land so the church and school could be built. 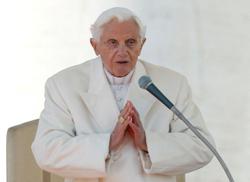