Idle, reserve land to be farmed to address food security 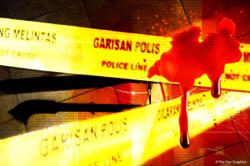 “We are discussing with GLCs and agencies on idle land which had not been earmarked for development for at least the next 10 years.

“Land measuring less than 40ha can be developed into Smart Selangor Agro Farm (SSAF), while larger ones are suitable for Smart Selangor Agro Park (SSAP) projects,” he said during the state assembly sitting at Bangunan Dewan Negeri Selangor in Shah Alam yesterday.

In reply to a question by Datuk Dr Ahmad Yunus Hairi (PN-Sijangkang), Izham added that to date, the state had identified a 48ha site in Sungai Air Tawar and 22ha site in Sungai Panjang, Sabak Bernam, that were expected to start operations next year, to address food security.

High value crops such as MD2 pineapple, roselle, melon and corn are among those identified to be grown on these sites.

“The state is in the process of gazetting these sites as agricultural land, including an area in Bukit Changgang which has 30 participants on site now.

“We also have mentors to help guide those keen to venture into this area.

“We are encouraging young agropreneurs to get involved too,” he said.

“These plans and policies are aimed at reducing the state’s dependence on fresh agricultural imports and creating more new agropreneurs, while enhancing skills and capabilities of existing agropreneurs,” he said.

Izham said besides this, Selangor was looking at putting river and Tenaga Nasional Bhd reserve land to good use in urban or highly populated areas.

He also announced that each assemblyman would be allocated one tonne of organic fertiliser to be distributed to urban farms and community gardens within their constituencies.

He said construction work for Dewan Setia Eco was expected to begin in February next year and would be handed over to Selayang Municipal Council (MPS) by July 2023.

“The hall is being built together with a Rumah Selangorku project but we have asked the developer to complete the hall soon as the community needs it.

“The second facility is being planned in Bandar Baru Selayang, next to the MPS food court.

“The proposed site is on government land.

“MPS had submitted an application letter to the Gombak District and Land Office to build the community hall,” he said in response to a question from Mohd Sany Hamzan (PH-Taman Templer).