The 211-year-old temple was among nine award-winning projects selected from six countries across the Asia and Pacific region.

Datuk Lio Chee Yeong, who led the temple’s restoration committee, said they were honoured to receive the award after Penang’s Suffolk House received the last Unesco award back in 2008.

“We started restoration works for this temple with just cultural conservation and heritage restoration in mind.

“As the temple was built back in 1810, there had only been a few restoration works carried out throughout the two centuries, but these had not followed the heritage conservation guidelines.

“So, when we appointed our contractors, we had to tear down parts built with cement to redo the whole thing.”

He said this was done with the help of the late architect and heritage conservationist Tan Yeow Wooi who specialised in heritage restoration and conservation. 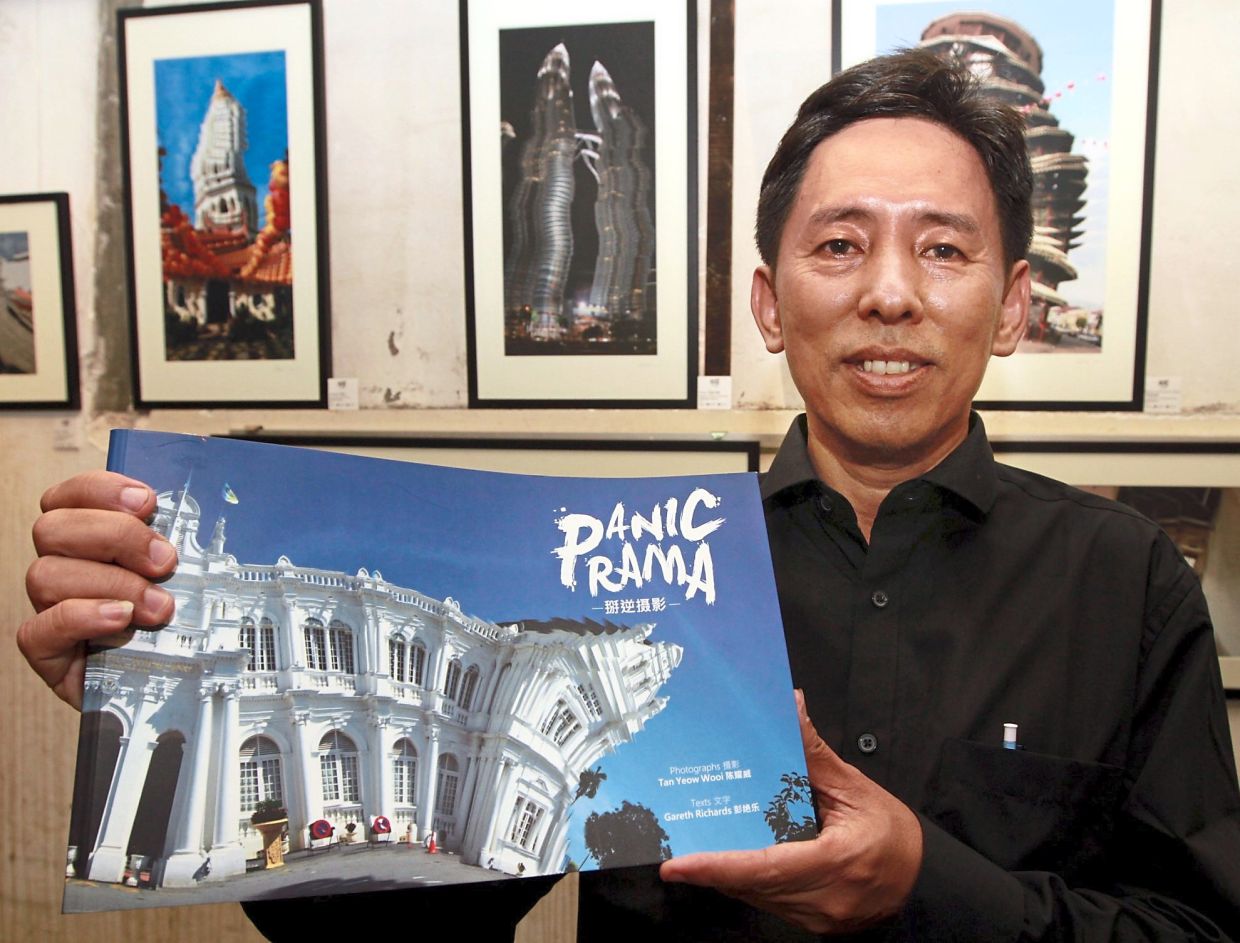 The late Tan was a man with high standards in terms of heritage conservation, says Lio.

Tan, who is well known for his cultural conservation works in Penang, passed away just days ago on Nov 28 at age 61.

He was the director of the Tan Yeow Wooi Culture and Heritage Research Studio which focuses on heritage conservation and architectural design.

Tan was a consultative panellist with George Town World Heritage Incorporated (GTWHI) and his studio had been involved in conservation and restoration works across sites in Penang.

Among them are the Han Jian Ancestral Temple in Lebuh Chulia, the Hock Teik Cheng Sin Temple in Armenian Street and other old shoplots within the George Town heritage zone.

“Tan was a man who had high standards in terms of heritage conservation.

“When we discussed the project, his opinion was that if we were to do it, then we would have to strive for perfection,” Lio said in paying tribute to the late Tan.

Lio said to ensure that the 211-year-old temple was rightfully restored to its detailed form, they appointed contractors and artisans from China.

“After tearing out the parts with cement, restoring the roof, changing parts from the old restoration works and fixing the water leakage problems, we achieved the results we got today,” he said.

The project took 32 months to complete.

Chief Minister Chow Kon Yeow, who was present at the press conference to announce the award, said the temple was officially announced as one of the winners for the Unesco award by Unesco Bangkok at noon on Wednesday.

“This temple has been established since 1810 and was dedicated to Thai Pak Koong (or Tua Pek Kong in Hokkien dialect), the God of Prosperity for the Chinese community in Malaysia.

“The restoration of the temple began in 2017 and was completed in December 2019, costing some RM3mil.

“Through the three-year restoration, the temple has been successfully restored from a dilapidated condition to its current glory,” he said.

Chow said in April this year, the project had also won an award in the Conservation, Enhancement and Adaptation category under the George Town World Heritage Incorporated (GTWHI) Heritage Recognition and Awards 2020. 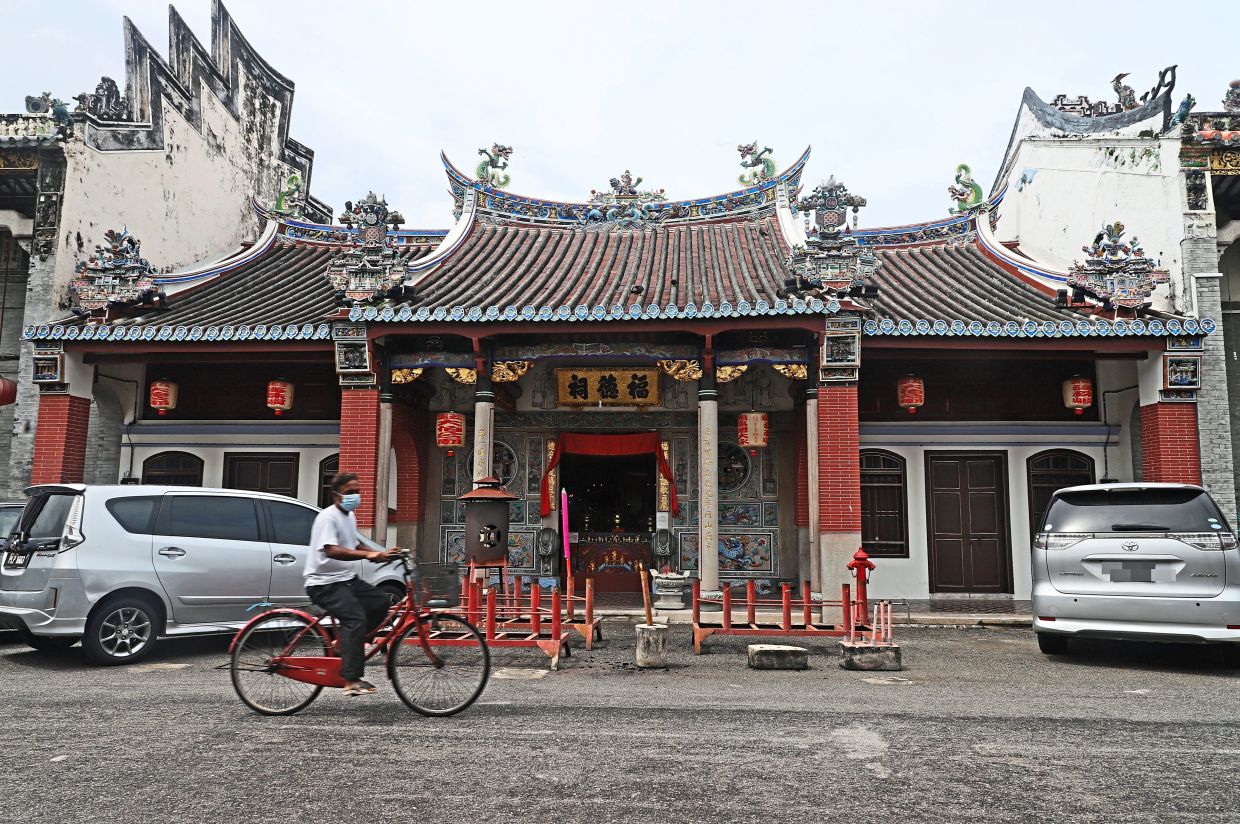 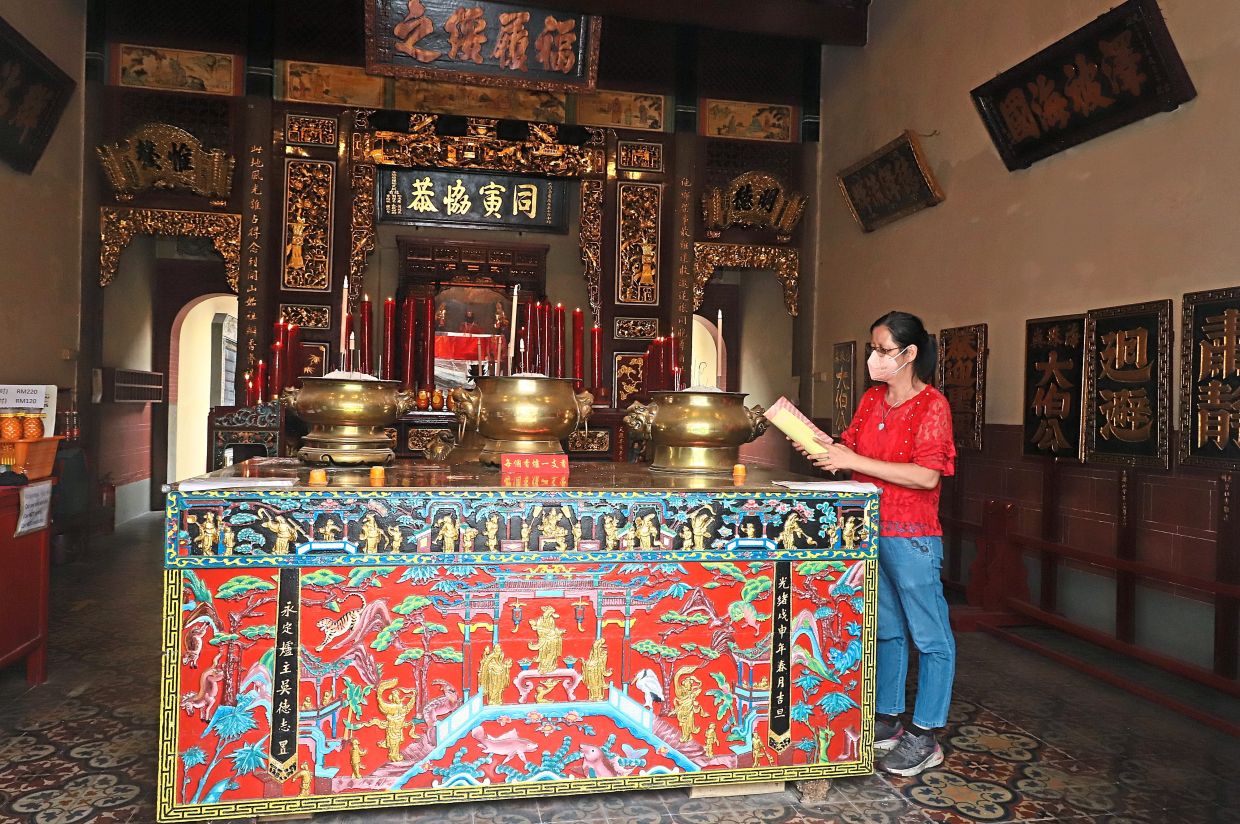 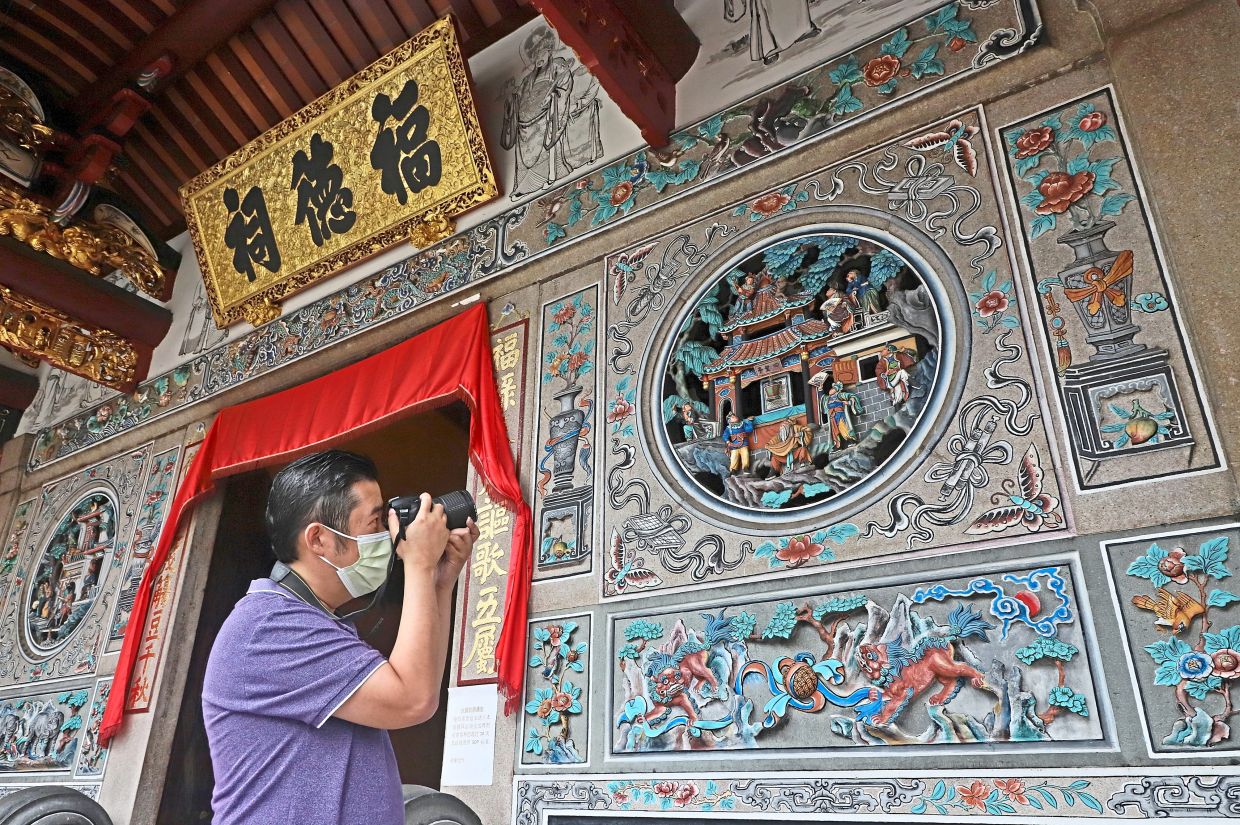 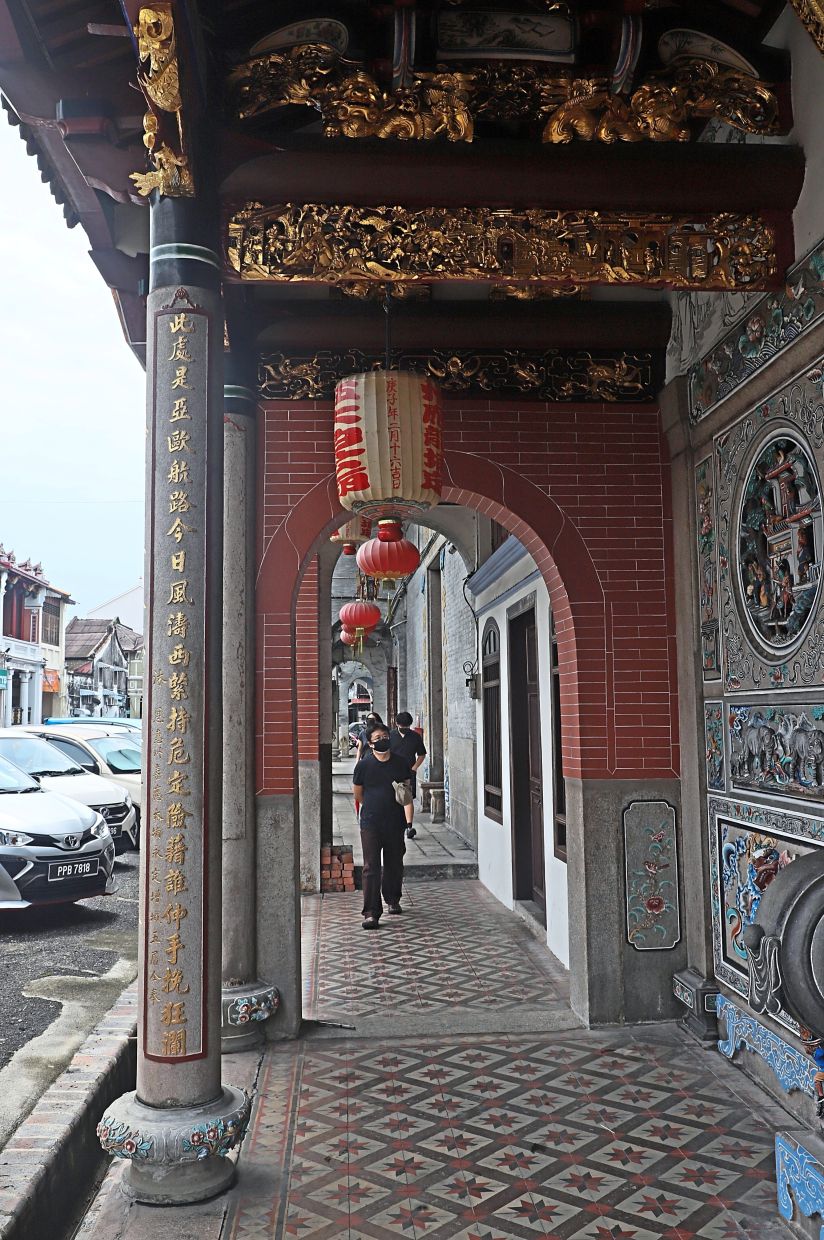 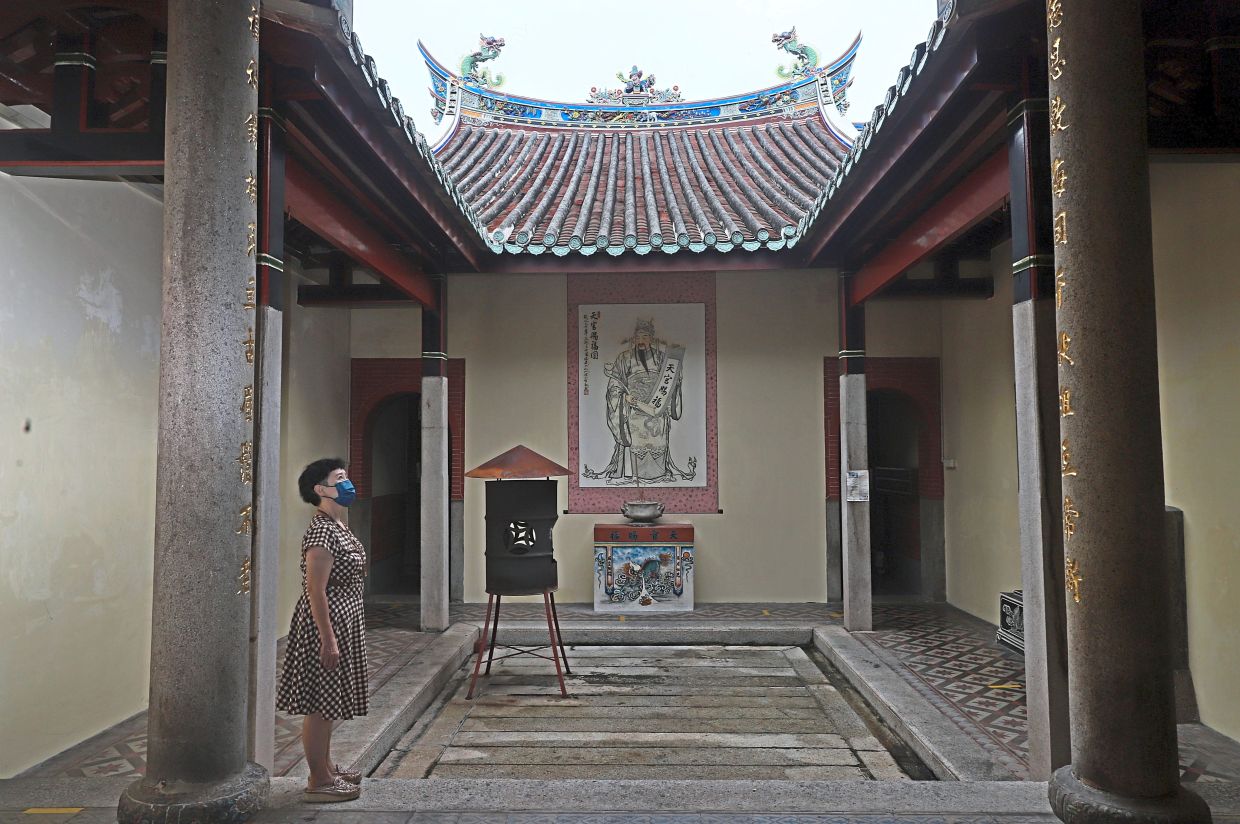 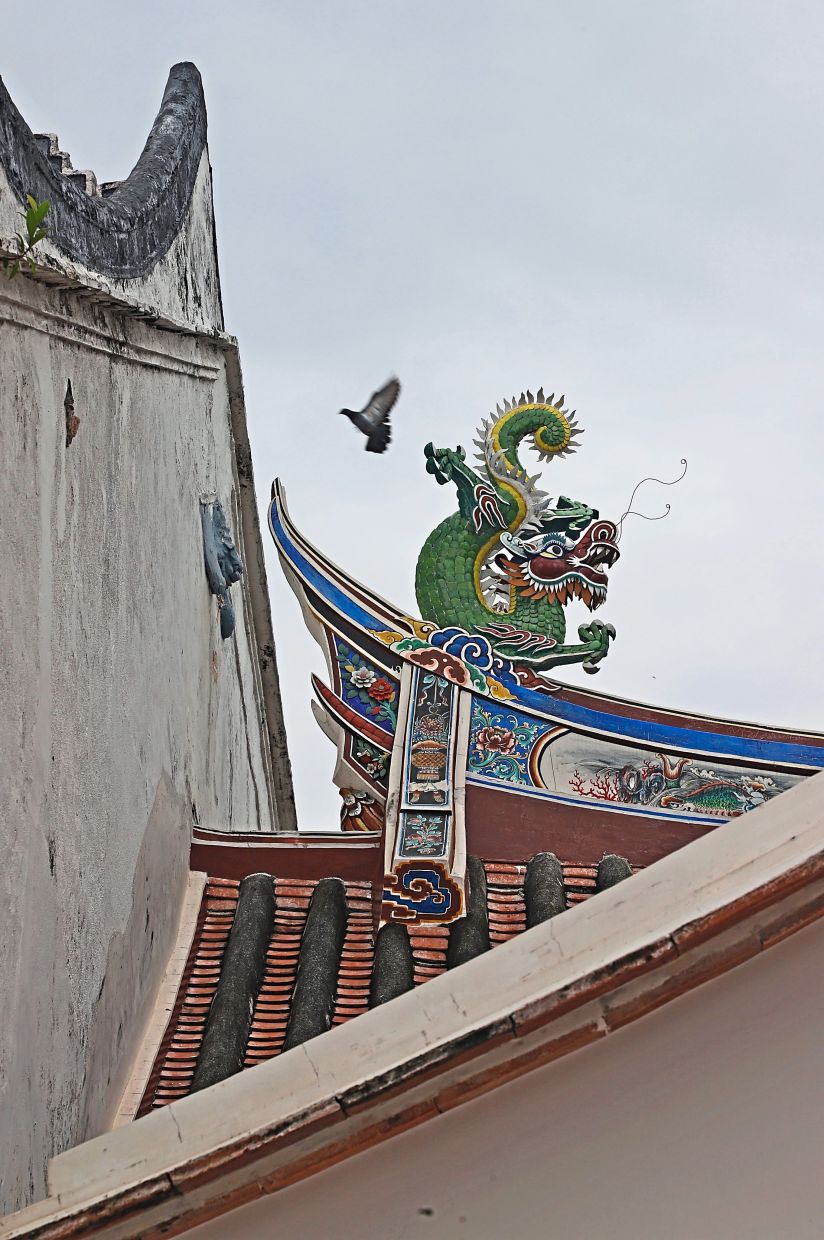 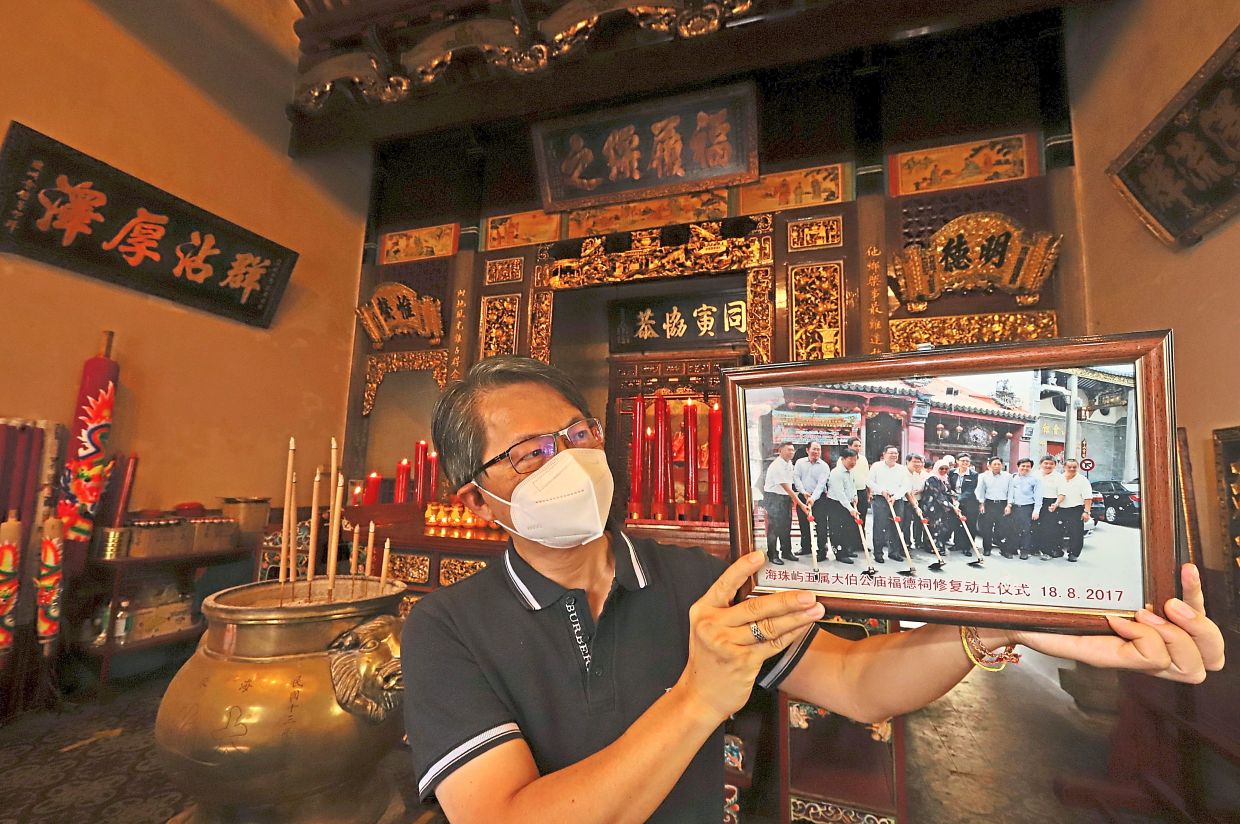 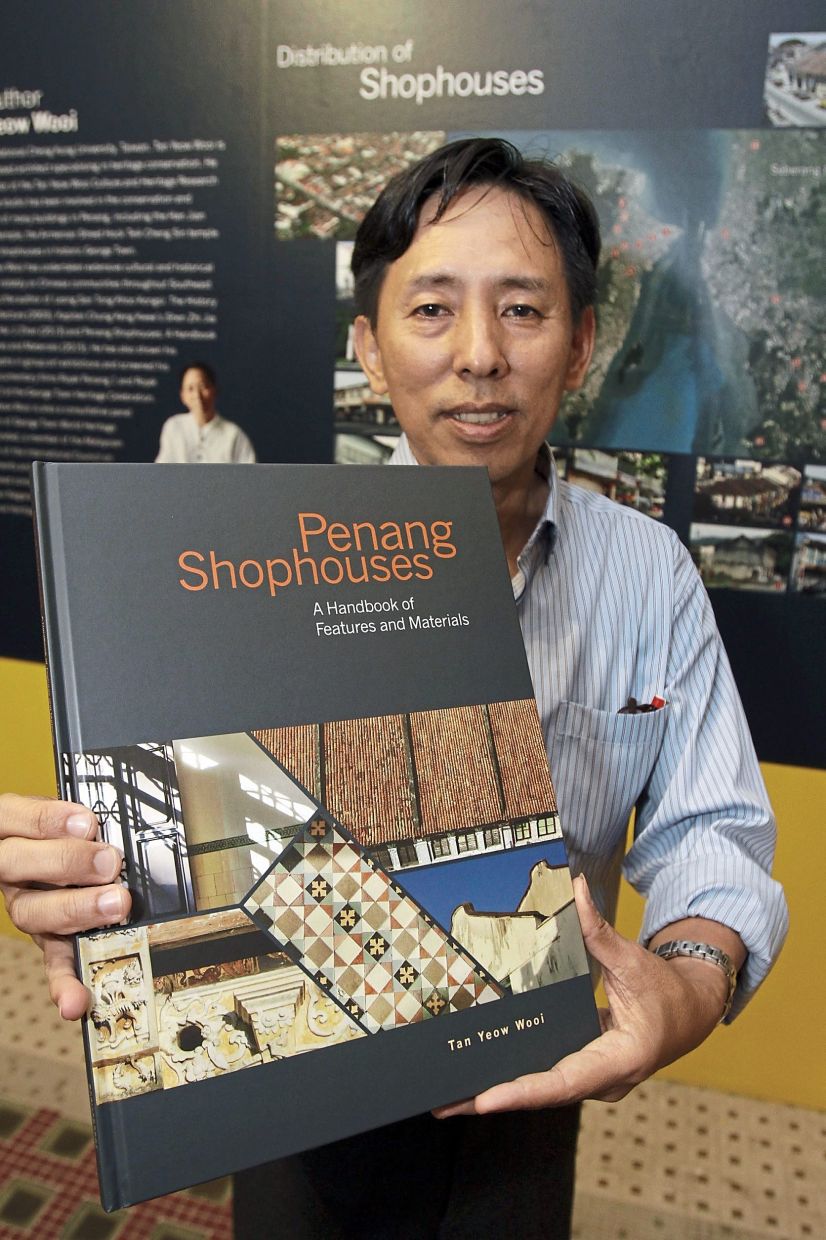 A view of the altar in the Thai Pak Koong Temple dedicated to the God of Prosperity.

A photographer zooming in on the relief sculptures that often depict scenes from Chinese legends.

Intricate relief sculptures and carvings can be observed on the pillars and beams.

Lio with a photograph showing Tan’s presence with the committee at the start of the restoration works in 2017.

The late Tan was a man with high standards in terms of heritage conservation, says Lio.