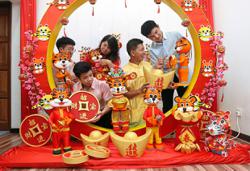 THE animal rescue scene in Malaysia is currently being used by certain quarters that are frauds, scammers, cheats and hoarders.

Animal rescuers and lovers were recently shocked when an up-and-coming rescue group that “adopts” disabled dogs, turned out to be a major scam.

Allegedly managed by a former veterinarian and her husband, the group built up momentum and played on the emotions of animal lovers for about four years before they were finally busted.

Their modus operandi was creating sad stories and posting photoshopped pictures of seriously injured dogs that left many fooled, including other animal rescuers and shelter operators.

Not content with scamming just within one group, they created three other “rescues” with fictitious characters and further minted money.

They allegedly spun a story that an elderly Chinese man, who ran a one-man animal rescue shelter, had contracted Covid-19 and needed financial assistance.

According to sources, the scammers managed to raise around RM200,000 in a little over two days.

And the clincher: The former veterinarian who wrote heart-tugging stories and implied that she was sacrificing her life for the dogs she rescued, did not exist.

She was merely a fictitious character created by scammers, who allegedly owned six pet shops.

Multiple police reports were lodged, including one by Nashriq Ismail Sabri, who is the son of Prime Minister Datuk Seri Ismail Sabri Yaakob.

The police have also posted a notice on their social media site, warning the public of the scam.

So far, no other action has been taken against the scammers as yet.

This is not the first time criminal action has not been initiated against alleged scammers despite multiple police reports.

A few years ago, the committee of an animal rescue organisation, which was founded in 2012, lodged police reports against their president over various allegations, including embezzlement and forgery.

The committee had also sent in a written memorandum to the Registrar of Societies.

The organisation was deregistered and its bank account, which allegedly had some RM500,000, was frozen and eventually forfeited.

However, no other action was taken against the alleged perpetrator, who went on to register another organisation under a different name to continue her activities after a few months.

If action had been taken then, it might have served as a deterrent and this recent scam, which was much bigger and more sophisticated, could have been prevented.

I hope the Selangor police will revisit the first case as well as initiate action against the second one to prevent such scams from happening in the future.

This brings us to the question: Why is it so easy to embezzle and scam in animal rescue?

The answer is simple – because there are many animal lovers among Malaysians, especially when it comes to dogs and cats.

Dogs tend to get a lot of public sympathy, and hearts are constantly broken by the brutal method of catching strays by local councils.

The authorities must stop wasting taxpayers’ money by funding dog-catching exercises and engaging pest control companies to do the deed.

Dogs, mosquitoes and rats come under the respective councils’ vector department, and it is believed that a big chunk of their budget goes towards catching stray dogs instead of battling the other two pests.

Rescue groups and dog-loving members of the public are more than willing to handle the stray population, not by hoarding them into shelters – which is another disaster in the making – but by neutering and releasing them back into their original habitats.

The authorities must realise that their poor stance on stray management has resulted in people falling prey to these cheats in the guise of animal benefactors.

This is why the authorities must relent and allow the practice of trap-neuter-release-manage (TNRM).

Once neutered and fed daily, the strays will stop rummaging for food and will not multiply. Their numbers will eventually dwindle and die out, which is a far more humane way to deal with the problem.

This is the only solution to rid the streets of strays and the community of bogus animal rescuers.

To put an end to the problem, the government must not make it difficult for animal rescuers, rescue groups and shelters to carry out on-location neutering of strays.

Also needed is a relook at the local authorities’ stand on stray management, where little has been done to control the problem.

Given that Selangor has the most number of local councils, Mentri Besar Datuk Seri Amirudin Shari must intervene in this matter and consider implementing TNRM in certain districts within the state.

Hopefully, these suggestions are taken seriously by the relevant parties to prevent generous and kind-hearted animal lovers from being constantly taken for a ride by these cheats and scammers.