By GRACE CHEN and Gracechen@thestar Com.my 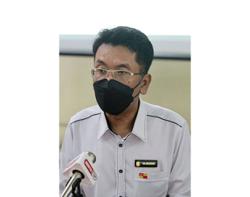 Najmuddin says the assessment tax increase by MPKj will be carried out over a span of five years starting from 2023.

KAJANG residents will pay higher assessment rates once the new valuation list is implemented by 2023.

He noted that the last adjustment made by the council was in 1986.

“We have taken into consideration that people are still recovering from the (Covid-19) pandemic.

“As such, the increase will be gradually carried out over a span of five years starting from 2023,” he said at the full board meeting.

In the first year, he said owners who did not extend or renovate their property could expect to pay no more than an increase of RM20.

Announcements on subsequent increments, he elaborated, would be carried out over the next four years.

“This will be made once the council’s application to enforce the new assessment tax rates are approved by the state government,” he added.

Najmuddin said the assessment tax would still be imposed on vacant properties.

However, property owners, he said, could apply for a remission by writing to the council within seven days from the date when the building was vacated.

“The most common excuse given by defaulters is that they did not receive the assessment tax bill.

“But as of January this year, we have stopped sending out physical bills. We announced this in early 2019,” he said.

He added that further confusion was created when some ratepayers claimed that they received their bills despite the announcement.

Clarifying this, Najmuddin said those were not bills but Form E notices issued to defaulters demanding for payment within 15 days of the notice date.

“The council stopped posting assessment bills to property owners after postage costs shot up from 60sen to RM1.30.

“With 340,000 premises under its purview, MPKj is the local authority with the highest number of premises in the whole country,” he said.

“By enabling our ratepayers to access their assessment bills online, we are saving them RM442,000 which would have otherwise gone towards postage charges,” he said.

He also said that MPKj had taken the initiative to waive all late charges for licence renewals until Dec 31 this year.