Kalidas (second left) giving out traditional Indian attire to a member of an NGO during a charity function at its premises in Burma Lane. — LIM BENG TATT/The Star

RATHER than give a little aid to many needy students, Or Mata Amritanandamayi chooses to instead focus on a fewer number and help them till they get university degrees.

The organisation’s trustee Kalidas Komaravelo, 45, said they had given RM15mil since 2002 in scholarships to university students and educational equipment to secondary schools.

“Our funding is not for all students.

“We choose 10 to 15 youths who are pursuing higher education every year.

Kalidas, 45, said through this strategy, the organisation could monitor the progress of each student and even keep track of their job prospects in the future.

The organisation in Penang is a leading global charity organisation founded and led by Satguru Sri Mata Amritanandamayi Devi or the ‘hugging saint’ who is fondly known as Amma.

The centre has been giving out donations to numerous education programmes and for scholarships.

“Another top priority is medical funding which we render to the poor who need wheelchairs, prosthesis, surgery or treatment of major ailments.

“This is in line with Amma’s dedication to education and healthcare initiatives such as Amrita University and World’s Amrita Hospital in India,” he pointed out.

Kalidas also revealed that the Amrita Charitable Hospital to be built in a sprawling area in Bukit Tambun, south Seberang Prai, is in the pipeline, awaiting approval from the authorities.

“The treatment at the charitable hospital will be on a sliding scale in which patients pay what they can afford, which is usually a small percentage of the overall medical cost.

“It will be a non-profit entity and if patients seeking treatment are very poor, the treatment will be free for them.

“Due to the pandemic, there was a delay in moving forward with the approval and construction of the hospital, which will be accelerated by the end of this year or early next year,” he added.

All religious activities at the organisation’s centre in Burma Lane, George Town, stopped in March last year when the movement control order was first implemented.

“The ashram in Burma Lane had Navarathiri prayers online as requested by devotees.

“We are planning to open the centre again early next year.

“But though the religious activities have come to a halt, our education funding for needy students and medical treatment aid for the poor continues,” Kalidas said. 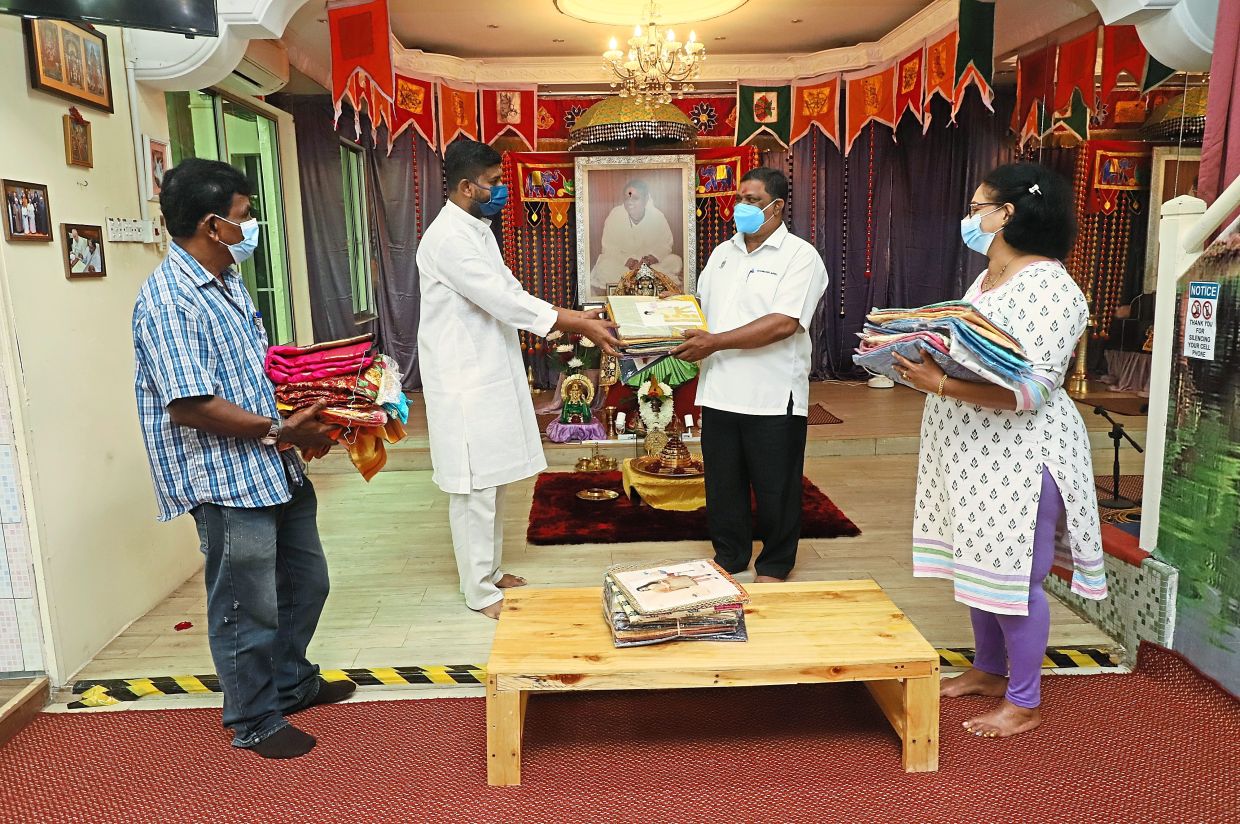 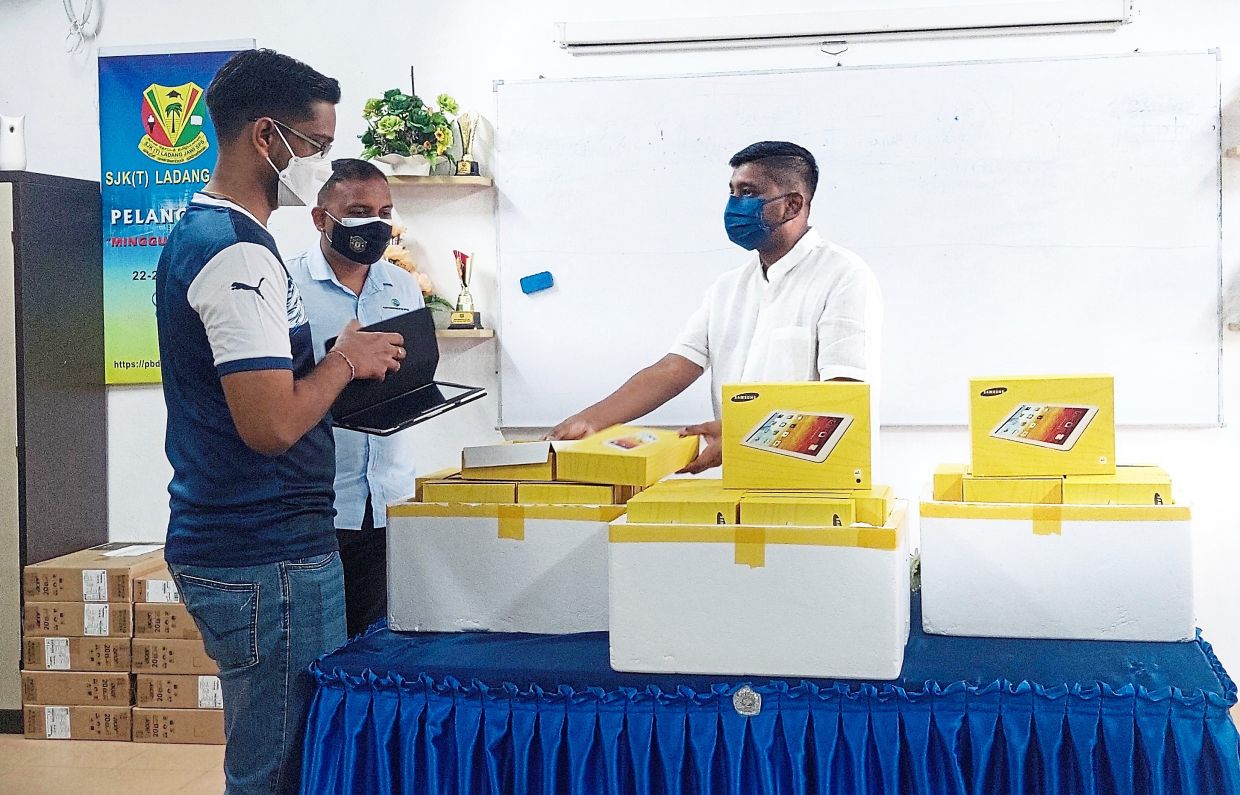 Kalidas (second left) giving out traditional Indian attire to a member of an NGO during a charity function at its premises in Burma Lane. — LIM BENG TATT/The Star