Samsolbari (right) looking at some newly hatched sea turtles at the hatchery in Pulau Tinggi, Mersing.

THE Johor government has allocated RM270,000 towards improving its sea turtle and marine conservation programme at the Sultan Iskandar Marine Park in Mersing.

“The allocation will be used to improve facilities at the marine life information centre and turtle hatchery in Pulau Tinggi, Mersing.

“The centre will also be updated with the latest information on marine life.

“The redevelopment is expected to start next year and visitors will soon be able to see some of the changes we have made,” he said.

He added that these would include a walk-through of the sea turtle hatching process where visitors would be able to see sea turtle babies.

The objective, according to Samsolbari, is to make the marine life information centre one of the pit-stops for island-hopping activities in Mersing.

“We also plan to open another sea turtle hatchery in Pulau Besar, but we want to see the one in Pulau Tinggi improved first,” he said in an interview.

The allocation will also be used to buy turtle eggs at RM2.50 each from egg collectors who are mainly villagers on the islands off Mersing.

“We are giving villagers who are fishermen an additional side income.

“Previously, the government only allocated RM5,000 to the Fisheries Department every year for this purpose.

“But now with the increase in allocation, we hope to buy up to 20,000 sea turtle eggs, which will later hatch at the hatchery,” he added.

Samsolbari also said that the majority of the turtles in Mersing were of the green turtle species, also known as penyu agar, and hawksbill sea turtle or penyu karah.

“These species can be spotted at Pulau Tinggi, Pulau Besar, Pulau Aur and Pulau Pemanggil,” he said.

Meanwhile, Johor Fisheries Department director Zainudin Abdul Wahab said RM70,000 from the allocation would be used to build artificial reefs, which would be placed around the islands off Mersing.

“Having an artificial reef is important in promoting a better marine life ecosystem as it attracts smaller fish that seek protection from the larger fish,” he said. 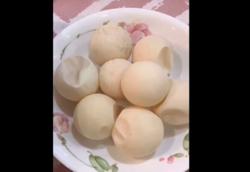