LOCAL authorities in Johor have been asked to simplify the business licence application process to help the applicants get back on their feet.

Johor Mentri Besar Datuk Hasni Mohammad said many people were badly affected by the Covid-19 pandemic and any effort to ease their hardship should be considered.

“Bureaucracy that burdens peoples, such as the long waiting period to get a licence, should be resolved as soon as possible.

“If people want to open restaurants, do not make them wait for months to get their licence. We should make it easier for them,” he said.

Hasni also said that if necessary, the local councils should consider allowing them to start operating first before approving the business licence.

“Give them space and the opportunity to earn a living first,” he said after attending the Senamrobik Muafakat Makmur Benut programme in Pontian.

He noted that even the state government was receiving less income as it assisted the public through various initiatives, including providing rent exemption for businesses operating in state government premises.

He also hoped non-governmental organisations would continue to help those in need.

In another event on the same day, Hasni said the state government would continue improving its efforts to help entrepreneurs affected by the lockdown, such as providing financial aid and incentives without charging interests.

Johor, he said, would take on the interest for bank loans by businesses through an initiative with Bank Rakyat.

“Bank Rakyat has agreed to help channel RM100mil to businesses where they can take up loans without having to pay interest.

“The state government will shoulder the burden of paying the borrowers’ interest.

“This is to help businesses have better opportunities and space to succeed in their respective trades,” he said.

Hasni added that the initiative was expected to begin at the end of the year. 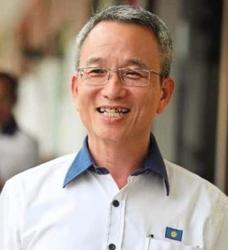 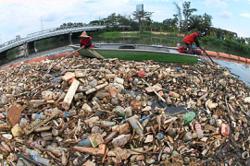