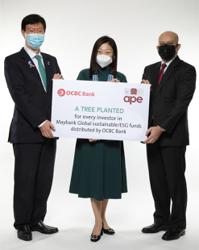 Visitors exercising at the outdoor fitness station in the park.

The RM1.52mil park project, said to be the first in Malaysia to boast a variety of components, stretches over a 1.21ha land area.

It is now complete and open to the public with some 100 parking spaces for cars.

Taman Areca is the first recreational park to combine a range of such components, making it a ‘mini botanical garden’ in the urban area, according to the late Penang Stadium and Open Area Corporation (PSDKLPP) executive director Mohamed Akbar Mustapha.

“This park is a community park with the highest number of shrubs, shades and palm trees planted.

“Among the trees here, some 404 palm and shade trees are of 30 different species and 25,059 shrubs are of 45 species,” he said in an opening speech at the launching of the park on Sunday.

He said the trees planted at the park have high therapeutic values and are beneficial in attracting butterflies.

There are plans to develop a Riverine Garden near the estuary cliffs of the park and plant suitable tree species there.

“On Oct 31 next year, this park will be one of our main venues for the ‘World Cities Day’ event themed ‘People Space - Better City, Better Life’,” he added.

It aims to promote the international community’s interest in global urbanisation and to push forward cooperation among countries in meeting opportunities and addressing challenges of urbanisation besides contributing to sustainable urban development around the world.

Sungai Pinang assemblyman Lim Siew Khim, who was present, said her constituency along with the PSDKLPP and Forest Institute of Malaysia (FRIM) had planted four crabapple mangrove (pokok berembang) near the estuary cliffs of the river at the park.

“If these trees are able to grow, we will plant more of such species to attract fireflies to breed there.

Lim added that she was working with the PSDKLPP and the Penang Island City Council (MBPP) to organise a Little Areca Market on every Saturday and Sunday at the end of each month.

“We are looking at placing tents to allow people to sell their produce and handicrafts, which may turn into another tourism product for our state.

“For community programmes, we are looking at several ‘family bonding’ programmes to be held every Saturday at a Family Lawn, which will be launched here in near future.

“Such programmes will allow families to interact and bond with each other.

“Besides that, the local community will actively participate in urban farming over some plots here, making this park the most active and interactive park in the state and nationwide,” she added.

Chief Minister Chow Kon Yeow, who was also present, said besides Taman Areca, another park would be built soon on the mainland in central Seberang Prai.

“That will be the Taman Rimba WoodHAVEN which combines the traits of an urban jungle with camping and family recreational features.

“We hope that with such green spaces, it will allow communities to enjoy better infrastructure for leisure and recreational activities,” he said.

Editor’s note: Two days after the park’s launching on Oct 17, Mohamed Akbar passed away due to an apparent heart attack on Oct 19. He was 61. Chief Minister Chow Kon Yeow said the pioneer chief executive officer of the State Stadium Board will always be remembered for making the state beautiful with his passion for landscaping and planting of heritage and Malaysian tree species. 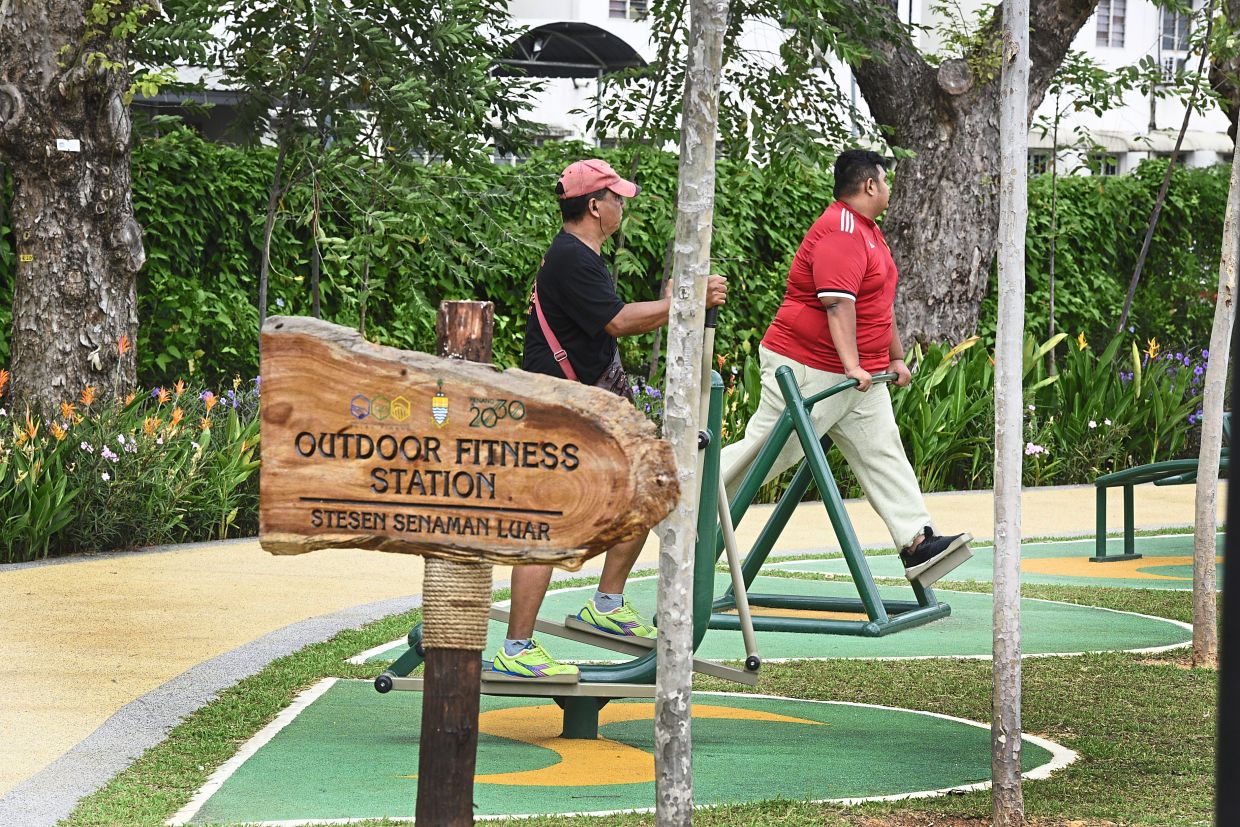 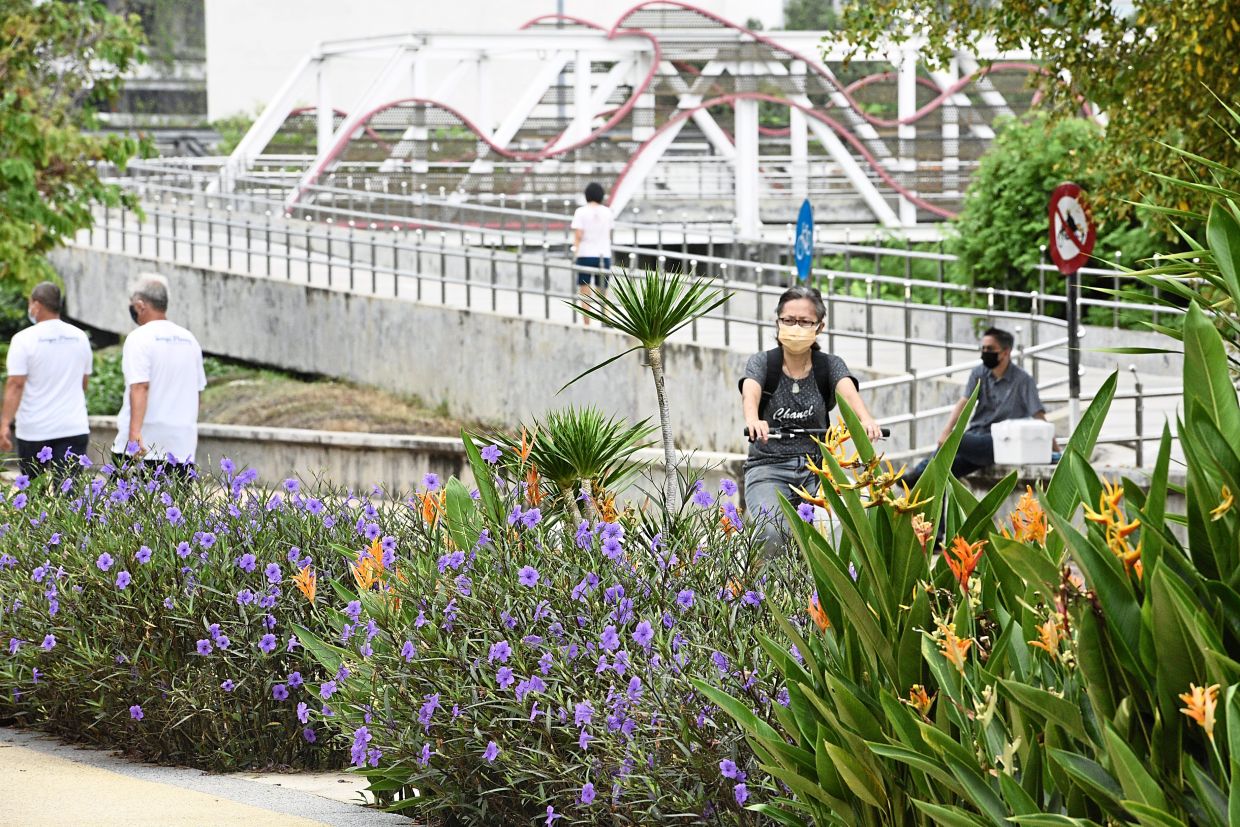 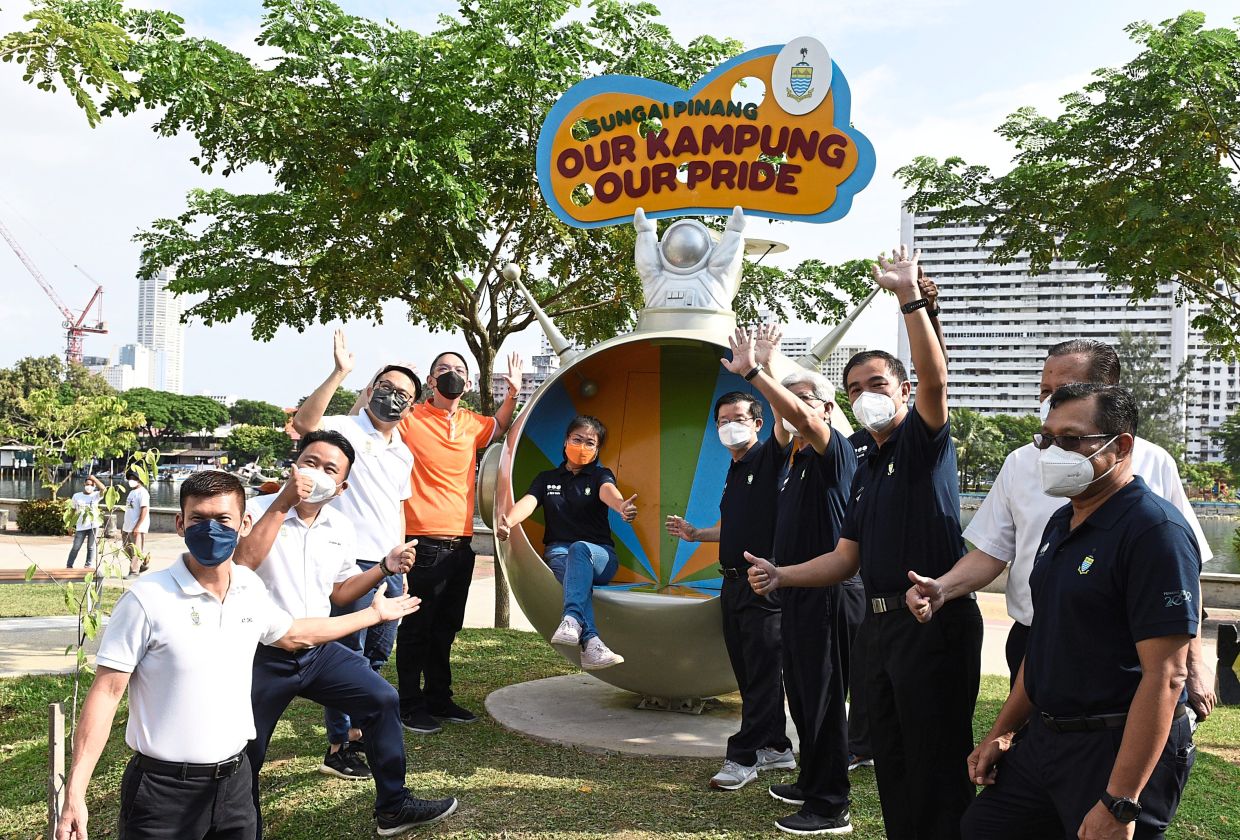 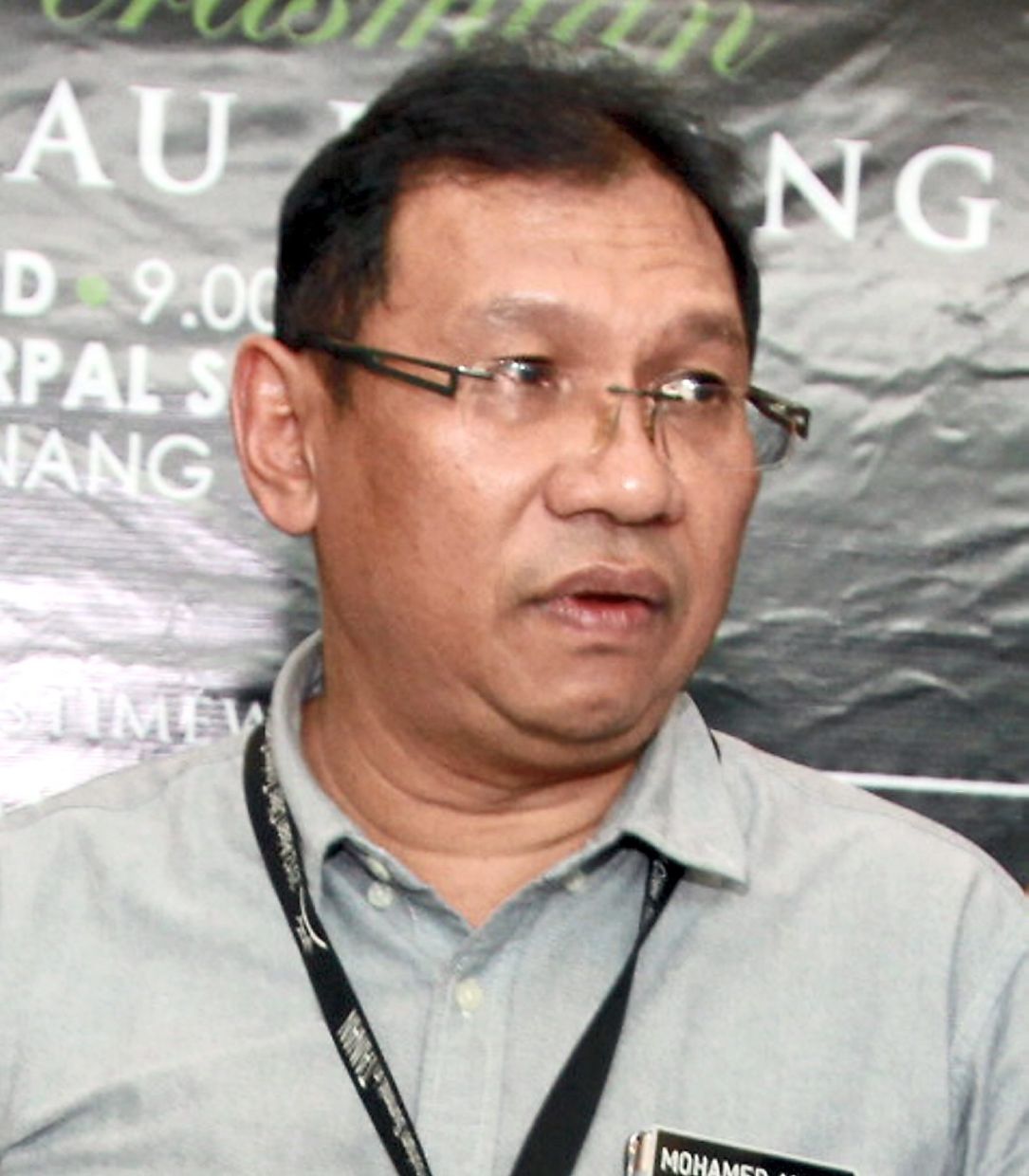 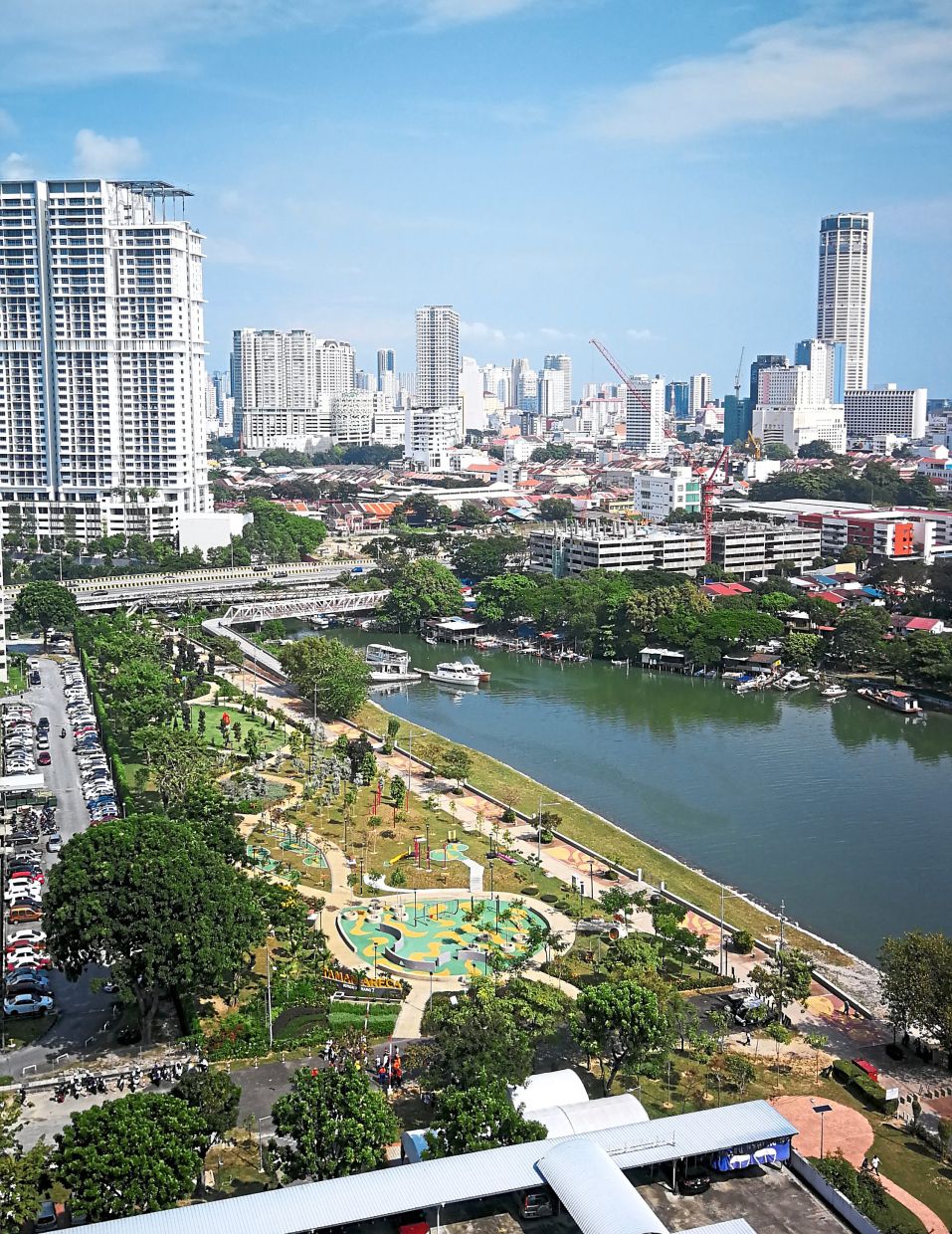 Visitors exercising at the outdoor fitness station in the park.

The new community park has the highest number of shrubs, shades and palm trees planted.

Chow (fifth from right) at the opening of Taman Areca.

A view of the new Taman Areca which stretches over a 1.21ha land area in George Town, Penang. – K.T GOH/The Star 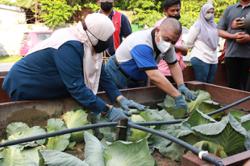