Nur Afifah giving a talk on conservation and protection of turtles and marine species to visitors at Pulau Tinggi turtle hatchery.

Its Marine Park Resource Management and Protection chief Nur Afifah A. Rahman said one of the most prevalent challenges faced by the department was in dealing with boat strikes or collisions where turtles were injured after being struck by boat propellers.

She shared that the ongoing campaign was intended for the operators as they needed to be extra cautious whenever there were sightings of turtles in the sea.

As part of its conservation efforts, the department had also been conducting campaigns since the beginning of this month for fishermen and the inhabitants of the islands near Mersing, added Nur Afifah.

She said the department intended to limit the number of sea turtle egg collection licences by enacting new rules.

“The department is responsible for safeguarding and conserving marine species in the marine park, which encompasses more than 765sq km and 13 islands, making it one of the largest marine parks in the peninsula.

She added that there were currently 14 sea turtle egg collectors in Mersing and the new regulations would only grant licences to Johoreans who reside in Mersing.

“The egg collector’s licence must be renewed every year, and they must sell every sea turtle egg they collect back to the department for RM2.50 per egg.

“The most common sea turtle in Mersing is penyu agar, which can be found on all 13 islands in Mersing,” she explained.

She added that there were plans to build a new turtle egg hatchery on Pulau Besar.

She added that besides the sea turtles, the department was also running conservation efforts on the mud spiny lobster in Mersing.

“From July to September, the department proposed a temporary restriction on capturing mud spiny lobster, scientifically known as panulirus polyphagus.

“This is because it is the mating season for the lobsters,” she said, adding that fishermen should avoid catching lobsters with eggs and carapace lengths of less than 6cm. 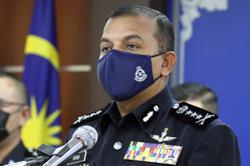