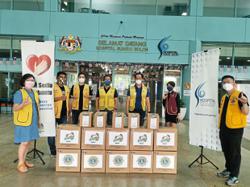 Muhammad Zafri was encouraged by his mother and friends to accept the challenge. — Bernama

A FORMER technician with an airline company has etched his name in the Malaysia Book of Records for the “Longest Distance Solo Run On Sepang International Circuit”.

He had represented Kelab Belia Prihatin in its Larian Malaysia Gembira 2021 programme in conjunction with Malaysia Day.

The fourth of five siblings, Muhammad Zafri said initially, he was supposed to cover 42km in 12 hours but was later asked to run for more than 80km so he could set a new record.

“I nearly gave up because I had never run so far before.

“The longest distance I had run before that was 42km and I only trained for more than a month.

“But with encouragement from my mother and friends at the club, I accepted the challenge.”

Muhammad Zafri who only stopped three times to pray and eat, said his friends were present at the circuit throughout the run to cheer him on and make sure he was not alone.

He was speaking at the closing ceremony of the programme, which was attended by Deputy National Unity Minister Wan Ahmad Fayhsal Wan Ahmad Kamal and Kelab Belia Prihatin founder Luqman Hakim Md Zim.

Through the initiative, the club aims to raise RM200,000 for the implementation of three projects, namely the Happy Youth Project Hub, Happy Basket Project and Happy Kayak Project.

“For the Happy Kayak Project, the club plans to buy several kayaks to be placed at lakes around Selangor and Kuala Lumpur for the benefit of youths from the B40 and M40 groups.

“We chose kayaks because we wanted to give youths from these areas more options to enjoy their leisure time and this would indirectly help ensure their mental well-being,” he explained.

Wan Ahmad Fahysal, who also announced a personal contribution of RM10,000 to the club, expressed hope that more youth organisations would contribute towards efforts to forge unity among the multiracial communities in the country. — Bernama. 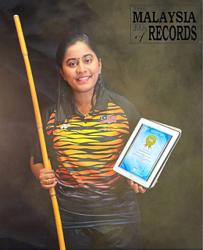