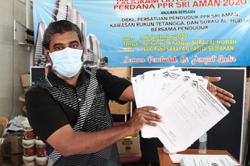 He said the matter was urgent, as he had received many complaints from residents over the issue.

"We want the relevant authorities to come down and discuss this matter to find a solution," he said, adding that he would bring up the issue at the next Dewan Rakyat session.

Prabakaran also called for the setting up of a special committee to oversee the construction of housing projects, to ensure their work was up to par.

He said this while speaking to the media after a visit to the PPR on Saturday (Sept 11) with two independent consultants to inspect several units at Block A and D, alongside the residents' association chairman Mohamed Nawaz Koya.

According to Nawaz, he had sent many letters to DBKL to seek a meeting over the matter, but was unsuccessful.

"The reason given was that they could not hold a meeting due to the Covid-19 pandemic.

"Then what are we, the residents, supposed to do? Pandemic or not, we still have to stay inside our units," he said.

StarMetro highlighted this issue on Aug 30, where residents complained about water leaks at their units, causing mould and mildew to form in living rooms, while also causing their tiles to be dislodged.

The problem began two years ago after the defect liability period ended, with over 100 complaints made so far at the flats, which comprise 1,600 units.

DBKL had said it was only responsible for the maintenance of Block A, which comprises rental units.

It said that Blocks B, C and D were units that were sold and the maintenance was the responsibility of the occupants. 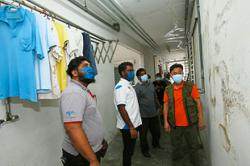 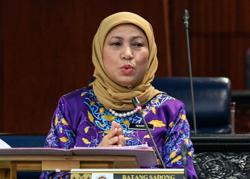