27,491 jobs from domestic and foreign investment

By Jarod Lim and Grace Chen

SELANGOR recorded RM22.45bil in investments with the approval of 411 factory projects from January 2020 to March this year. Of the figure, RM12.02bil was from foreign investors.

“Despite the movement control order, it has not deterred Invest Selangor from carrying out its promotional activities through the virtual realm via webinars and SOP compliant physical meetings,” he said.

Among the efforts taken to ensure continuous growth of the investment sector were strategic action plans like the state’s aerospace and biotechnology sector and other proactive measures to encourage new investors, he added.

“From January to July 2021, 21 programmes were carried out to engage with investors,” said Teng when responding to Datuk Rosni Sohar (BN-Hulu Bernam) who asked about the value of investments coming into the state since January 2020 and the state’s efforts to ensure investor confidence.

Based on Malaysian Investment Development Authority statistics, the rubber product industry topped the list in the domestic investment category with a RM3.324bil investment, he said.

Teng added that the paper, printing and publishing industry at RM5.504bil, had the highest total in the foreign investment category.

Creating the most job opportunities was the rubber products industry with 6,658 employment openings, he said, while coming in second was the electronic and electrical products (4,159) while the paper, printing and publishing industry (3,525) came in third.

Meanwhile, state local government, public transport and new village development committee chairman Ng Sze Han told the House that the private jetty in Teluk Panglima Garang, Klang, that caught fire was given permission to carry out activities for the entry of goods.

It got the go-ahead from the Port Klang Authority (LPK) and Customs Department, he said.

“Around the jetty, there are 14 lots totaling 15.4ha used as warehouses to store goods that were brought in,” he said, when replying to Datuk Dr Ahmad Yunus Hairi (PAS-Sijangkang) who asked why the authorities had allowed the unlicensed premises to continue operating for the past two decades.

Ng added that the owners were given the opportunity to take part in the state’s legalisation programme and to date, the Kuala Langat District and Land Office has approved the change of land status from agriculture to commercial for seven lots.

To a separate question from Leong Tuck Chee (PH-Pandamaran) on the closure of essential factories that obtained approval from the International Trade and Industry Ministry to operate during the movement control order, Ng said as long as the factory was adhering to the licence conditions, they would not be shut. 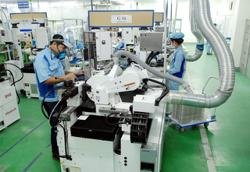