It might be billed as Liverpool versus Chelsea, but the focal point of this match should be the battle between one of the best forwards in the world and the best centre back in the world.

All eyes will be on the intense tussle between two Goliaths in Chelsea’s club record signing Romelu Lukaku and the Reds’ defensive pillar Virgil van Dijk.

Van Dijk, fit again after a serious knee injury last season, will definitely have his hands full with Lukaku.

As most are well aware, the Belgian is strong and mobile, while his off-the-ball movements and positioning can be a challenge for most defenders, something made so evident against Arsenal last weekend.

But the Dutchman is not your average defender, as he also possesses similar traits to match Lukaku’s strength and mobility.

While having Lukaku seems to have made them more daunting, Chelsea are also stacked with other attacking talents that Liverpool should keep an eye on.

Backing the Belgian up front will be Mason Mount and Kai Havertz — both expected to retain their starting places in the team.

On the bench, there are also Timo Werner and Hakim Ziyech, and both should make appearances later on in the game.

As for Liverpool, having van Dijk back in the side is a huge confidence booster.

His presence in defence has brought calmness to the team and allows his teammates to be more adventurous with freedom to move up the pitch to join in attack.

Apart from his defensive prowess, his ability to fire accurate long-range passes is another quality Liverpool sorely missed last season.

And speaking of long-range passes, there will also be another battle, albeit a slightly different one, in the match to look out for — the battle of the English right-backs.

Trent Alexander-Arnold and Reece James will both be out to give England boss Gareth Southgate food for thought when the latter names his squad for next month’s World Cup qualifiers.

Both have a wicked right foot to boot, with James on the scoresheet against Arsenal.

Since his return from a thigh injury that cost him a place at the UEFA Euro 2020 tournament, Alexander-Arnold has also been playing well and contributed an assist for good measure.

Coming up against James could be Kostas Tsimikas, who is likely to retain his place despite Andrew Robertson being fit again.

The Greek international has impressed with his combative performance, fighting tooth and nail for the ball and attacking with a Spartan-like spirit.

It is clear to see why teammate Fabinho had in July called him a “monster” and James could be in for a torrid time.

Fabinho is expected to be recalled into the starting line-up after missing out against Burnley on compassionate grounds, following the death of his father.

The Brazilian will have a massive duty to help snuff out the Blues’ attacks.

Chelsea have been impressive since Thomas Tuchel took over in January but the Merseysiders will hope to put the brakes on their progress.

The Londoners have been buoyed by their success in Europe and a win over Liverpool will certainly give them much joy and greater belief.

Juergen Klopp may not care a lot about records, but he will surely want to win against Tuchel.

As it stands, Klopp has the upper hand, having won nine times and lost twice in 14 games.

In the past 10 matches against the Blues at Anfield, Liverpool won three and lost three. 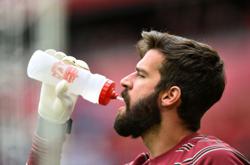 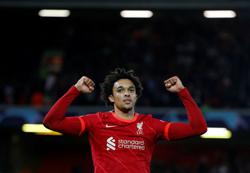