THE sight of surveyors and equipment in Section 5, Petaling Jaya last week has left residents wondering what project is set to start that involved their neighbourhood.

Photos of surveying tools placed there were being circulated among residents.

Section 5 Residents Association president Alwyn Alfred told StarMetro that they were in the dark and had not been engaged over any upcoming project.

“We would like to have information on any proposed plan that would impact the residents.

“We are not at a stage to oppose the project but we want more information,” said Alfred.

He said so far, there had been no engagement, discussion or presentation to MBPJ on any project in Section 5.

In addition, he noted that any proposal must comply with MBPJ’s policies such as impact assessment reports for sustainable development.

“All mega infrastructure projects require planning approval and public consultation in addition to complying with the relevant local plan as well as integration with transport hub and transit-oriented development policies.

“Applicants must ensure there is consultation and planning done in advance,” said Fernandez.

This was especially critical in brownfield infrastructure development where there may be acquisition of land or impact on open spaces and property in some cases, he explained.

“There may be cases whereby, given the city’s present policies, certain types of infrastructure may no longer be suitable for a compact and dense city such as Petaling Jaya.

“Certain infrastructure will not be able to meet the city’s sustainable development goals or prioritisation of land use for other types of infrastructure,” he added.

A Mass Rapid Transit Corporation Sdn Bhd strategic communications and stakeholder relations spokesperson confirmed that the survey and environmental monitoring activities were related to the MRT3 Circle Line project in the Section 5 neighbourhood.

The statement said the activities were part of preliminary work to enable possible alignment options to be considered for the project.

“Consultation with the community and the public will certainly be carried out once preferred options are identified.

“The people will also be engaged and have the chance to provide feedback during a three-month public inspection exercise, which is required for all proposed railway projects under the Land Public Transport Act 2010,” it said.

It was earlier reported that a third MRT line would play a crucial role in cutting short the distance for those who need to transfer between MRT lines (Kajang and the upcoming Putrajaya) and the LRT lines (Kelana Jaya and Ampang/Sri Petaling) as well as KTMB Komuter.

In April, it was announced that the project would commence in the second half of the year following the government’s approval of Mass Rapid Transit Corporation as project owner of the national infrastructure. 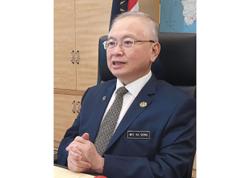