LOCAL folk will be given priority to be appointed as new village development officers under the Housing and Local Government Ministry, says its Chinese affairs adviser Leong Cheok Keng.

“I am of the view that in future, appointments of locals should be the norm.

“Appointment of non-residents in the district should only be made in exceptional cases,” he said.

He was responding to Perak Youth Assembly Malim Nawar representative Wong Chin Ho, who questioned the appointments of development officers from other states or districts, particularly about incurring mileage claims.

He had said that some officers handled multiple districts and would have difficulties overseeing all.

Leong, who is Malim Nawar assemblyman, said development officers from a different state cannot claim allowances when they travel to the villages in the state where they served.

“Regardless of where they live, they are only allowed to claim travelling allowance from the local district office to the villages where they serve.

“They are also not entitled to claim toll charges, food and accommodation,” he added.

Leong also said the ministry was looking for suitable candidates for some areas in Perak that did not have such officers.

Officers who were overseeing multiple villages were only caretakers and would not be paid double even if they served more than one district, he added.

Leong said the appointment of development officers was vetted by the Public Service Department.

“As such, candidates should not have a criminal record, not be a bankrupt, have a clean bill of health and should have a credit in Bahasa Malaysia in the Sijil Pelajaran Malaysia examination.

“The development officers must also have a sense of commitment, sacrificial spirit and must be able to communicate well with the chairmen of Village Development and Security Committee or village chiefs,” he added. 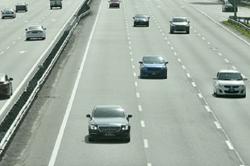