(Above and below) Visitors, young and old, enjoying their stroll and exercise at the Penang Botanic Gardens. – LIM BENG TATT/The Star

GREENERY and fresh air greeted visitors at two main public parks in Penang as they reopened under Phase Two of the National Recovery Plan (NRP).

At Penang City Park, formerly known as Youth Park, people were seen making their way in for walks and to enjoy the natural flora and fauna after having spent weeks staying at home to help break the chain of Covid-19 infection.

It was a sigh of relief for them to be able to exercise outdoors again.

However, visitors are cautioned about the monkeys in the park.

Penang youth and sports committee chairman Soon Lip Chee said the state Wildlife Department (Perhilitan) had been contacted to assist in dealing with the monkeys. 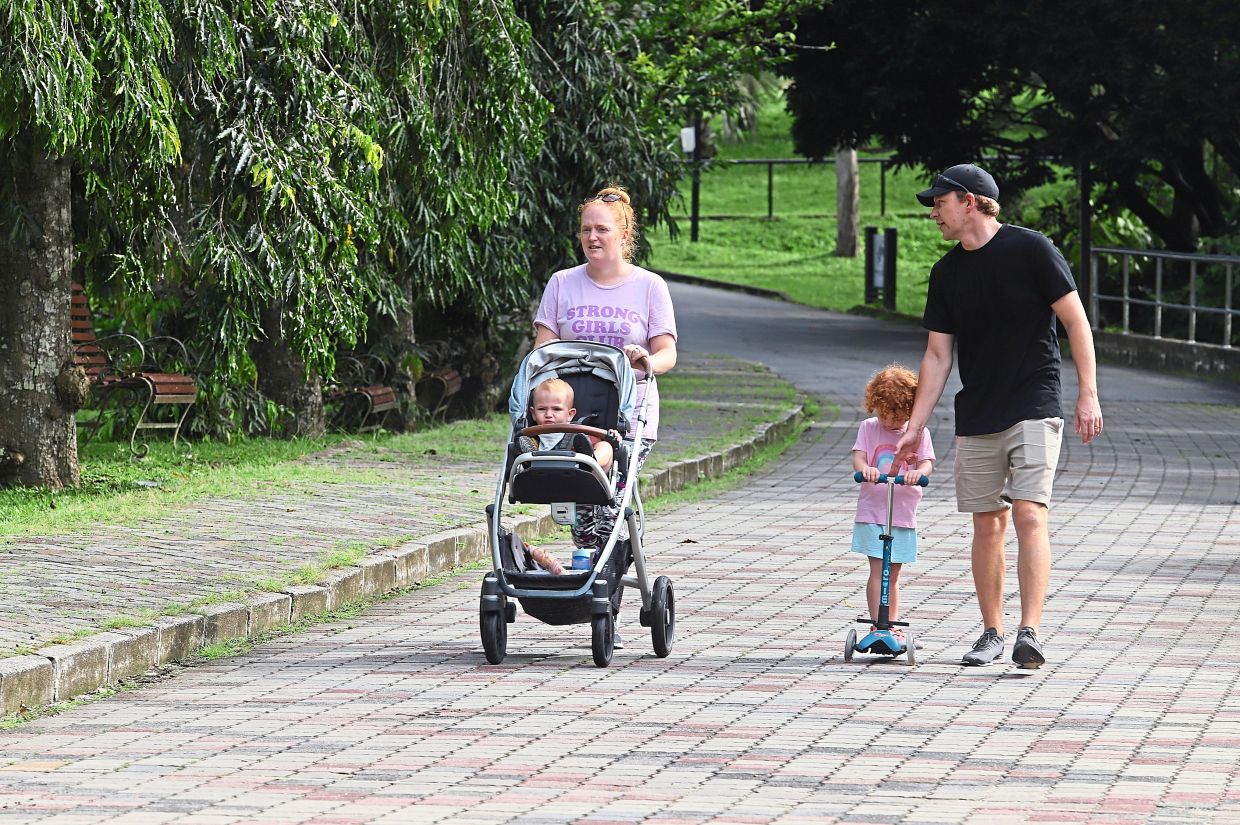 “I urge people to not feed the monkeys as they’ve grown territorial after the park was closed for five weeks during the MCO.

“The monkeys may feel that their space is being invaded with the park reopening and Perhilitian will monitor and catch them if necessary, ” he said.

Soon said about 50 visitors were spotted at the park at 9am yesterday.

“It may be a slow start, but a good way ahead.

“We encourage more people to exercise while observing the standard operating procedure (SOP).

“As many people have taken a long break during the current movement control order (MCO), we advise them to restart within their capacity and not stress their limits, ” he said. 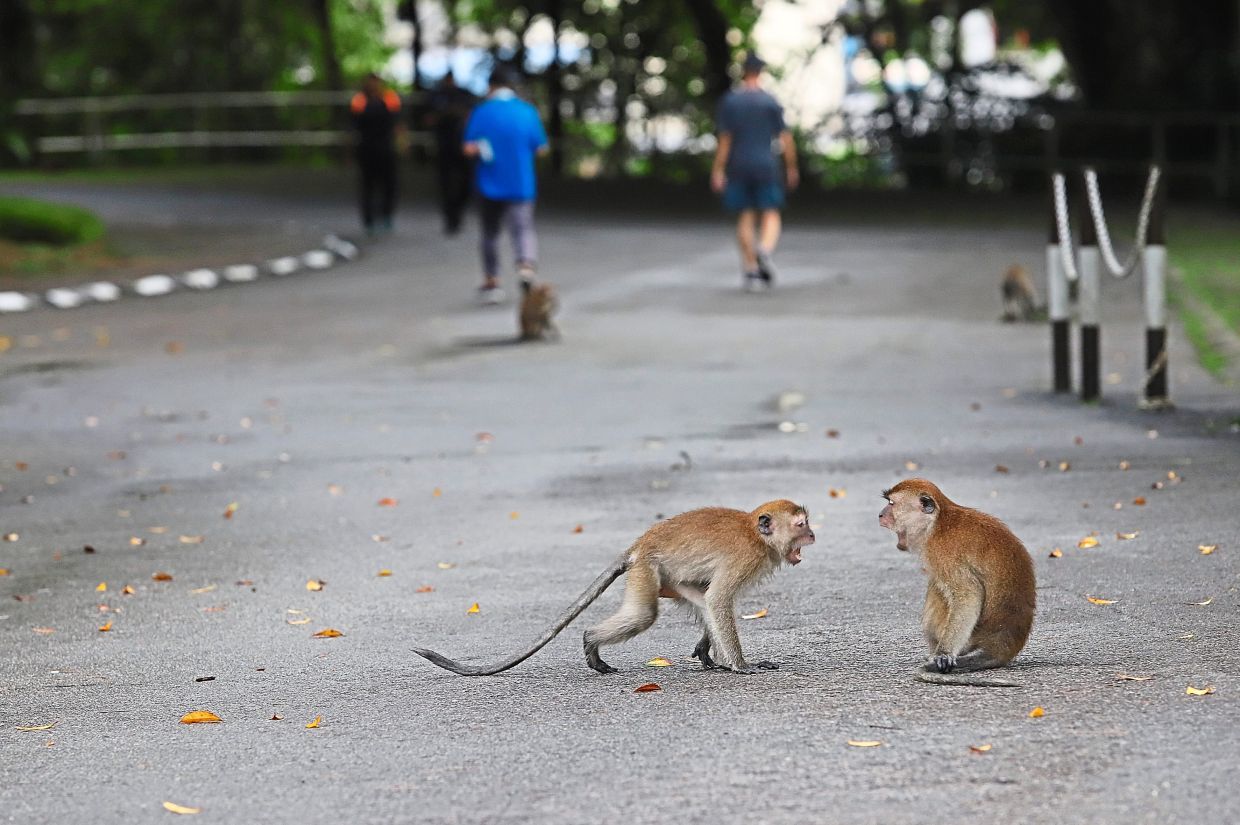 Two monkeys facing off at the City Park.

Soon said the state was in discussion with St John Ambulance of Malaysia (SJAM) and Malaysian Red Crescent Society to conduct workshops on using automated external defibrillators (AED) which had been installed at the park.

The Penang Island City Council (MBPP) will be conducting additional cleaning at the park, especially on some walkways which have turned slippery due to the growth of algae.

As for dams and recreational areas under Penang Water Supply Corporation (PBAPP), Soon said their reopening will be discussed in the next meeting.

MBPP mayor Datuk Yew Tung Seang, who was present, said a limit of 200 people at one time was set for visits to the City Park. 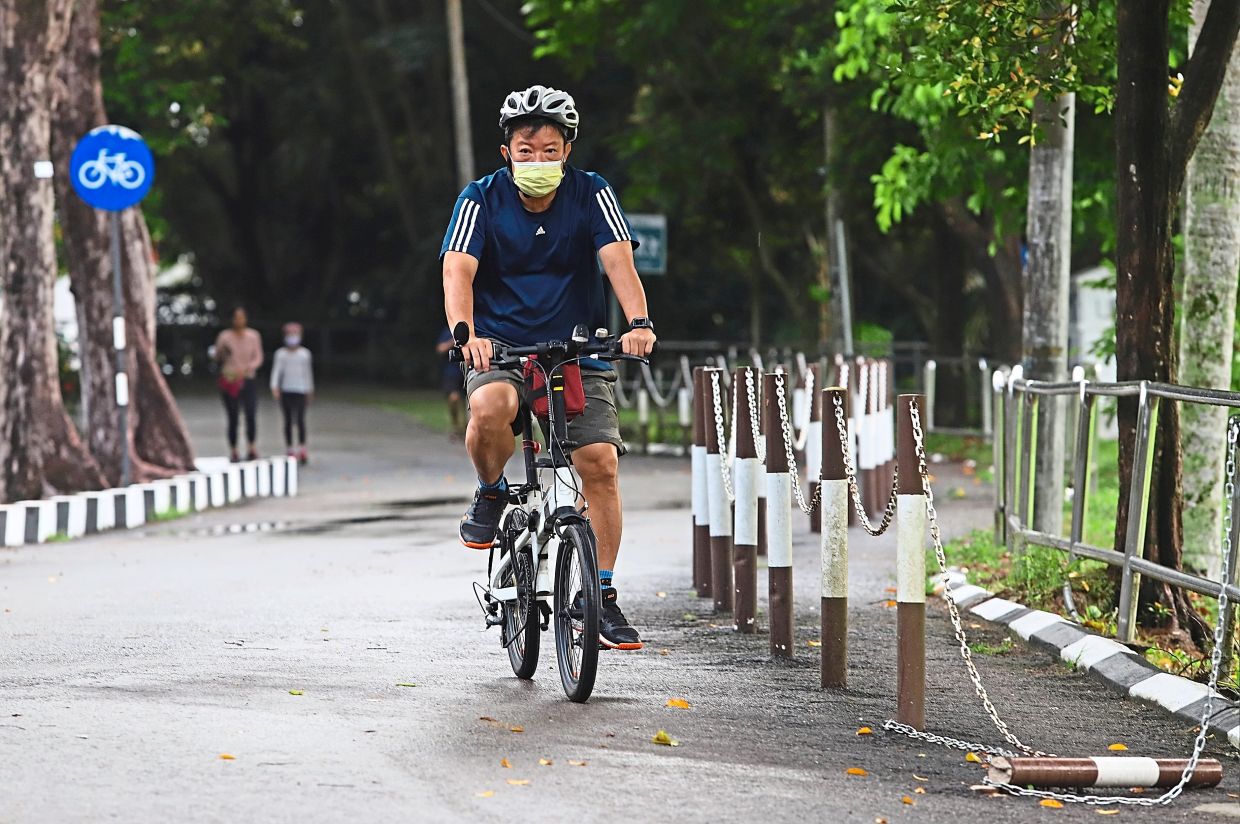 A cyclist seen riding solo at the City Park.

Visitors may access it via two entrances and personnel on duty will track their numbers as they enter and leave the park.

Similarly at the Penang Botanic Gardens, families and individuals were seen walking and jogging around the paths in the park.

Both parks are open from 7am to 7pm daily.

Under Phase Two of the NRP in Penang, sport and recreational activities allowed are those done individually without physical contact for health purposes and self improvement while observing at least two to three metres of physical distance in open spaces.

Activities must be conducted within 10km from residences between 6am to 8pm.

Prohibition applies to all sport and recreational activities conducted indoors and all watersports except fishing.

Group activities or those involving physical contact are not allowed.

Meanwhile, for Penang Hill, the number of funicular trips each day has been increased while operating at half capacity for hikers, residents and essential workers.

Trips will start from 6.30am followed by the next at 7am and hourly until 1pm, with next trips every two-hour interval until 7pm.

Penang Hill Corporation, in a statement, said for safety and to avoid unforeseen incidences, all hiking activities are advised to be carried out in the morning only.

It also urged everyone to adhere to the guidelines under Phase Two of the NRP and the SOP imposed by the Federal Government.