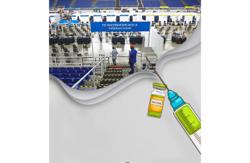 IF ALL goes well, Penang could achieve Covid-19 herd immunity earlier than expected, with 70% or 1.38 million people, getting vaccinated by August.

State health committee chairman Dr Norlela Ariffin said the present vaccination of 14, 814 daily doses this month would be ramped up to 35, 165 doses next month, and 35, 572 doses in August.

She said 103, 627 targeted recipients in the state had obtained the first dose while another 73, 607 had received both doses as of June 3.

“All our systems are in place to attain this. These proposals were discussed at an earlier CITF meeting.

“A lot of background work has been done and we have a plan for the implementation, ” she said.

Dr Norlela also said that the decentralisation of vaccine administration would be key to achieving the goal.

She said two more vaccine dispensing centres (PPV) had been set up at the Penang Pesta site and Seberang Jaya expo site, while another three at Dewan Balai Rakyat Bayan Baru, Pusat Konvensyen Perda and Dewan Serbaguna Sungai Bakap were in the pipeline.

“Increasing the number of PPVs will accelerate the vaccination process.

“Vaccine supply should not be an issue as the state will get two million vaccines in June and July.

“The Health Ministry is supportive of our proactive approach in the vaccination process.

“Administrating the vaccination dosage is not a very difficult task and most of them could be of great help in the process.

“Some 500 general practitioners will be on board in the planned PPVs, ” she elaborated.

Dr Norlela said she would also propose for drive-through PPVs to be set up at Mydin Perda in Bukit Mertajam and the State Stadium in Batu Kawan.

“The stadium can be used as an industrial PPV with company employees working in the zone going there for vaccination. They do not have to crowd the existing PPVs.

“We have also proposed for the closed Equatorial Hotel Penang to be turned into a vaccination centre that can be used by company workers in the industrial zone.

“Both the Malaysia Semiconductor Industry Association and Federation of Malaysian Manufacturers (FMM) are on board for the plan.

“FMM has 320 small and medium-scale industry members who employ below 1, 500 people.

“And with more PPVs, more of these people can be vaccinated, ” she pointed out.

For large manufacturers, Dr Norlela said on-site vaccinations would be implemented, with preparation being handled by the companies themselves.

Penang, she added, was a small state and should be able to achieve the vaccination figures as planned.

Chief Minister Chow Kon Yeow had earlier said that the state was looking at achieving herd immunity by October.

He said the three challenges were the number of PPVs, vaccine supply and manpower.