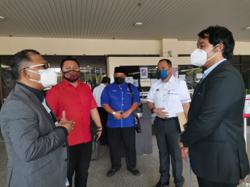 Ipoh City Council confirms that an ongoing sewerage upgrading project along Jalan Sultan Idris in Ipoh is under the Environment and Water Ministry.

IPOH folk are hoping that a sewerage upgrading project will be completed soon as it is causing traffic congestion.

“I think the project started last year but until now, it is still not complete, ” he said.

Since Ipoh is now under enhanced movement control order, he expects it to take even longer to be completed.

A check along Jalan Sultan Idris, Jalan Panglima Bukit Gantang Wahab, Jalan Sultan Abdul Jalil and Jalan Raja Ashman Shah showed that there were barriers put up at certain spots, including the middle of roads.

A retiree, who wished to be known only as Meng, said the works were causing bad traffic jams.

“There are more than two roadworks along Jalan Sultan Idris.

“Now we can only use two of the four lanes on that street.

“What used to be a two-to-three-minute trip, now takes 15 minutes during off-peak hours.

“I called the city council and was told that it was not their project, ” he said.

When contacted, an Ipoh City Council spokesperson confirmed that the projects were by the Sewerage Service Department under the Environment and Water Ministry. 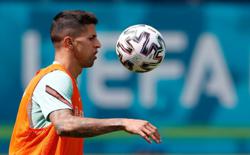