The movement of workers between Singapore and Johor Baru is not expected to resume anytime soon. — Filepic

MALAYSIANS seeking employment in Singapore post-pandemic or when land travel resumes may not have many job options waiting for them across the border.

Johor Indian Petty Traders and Small Business Association chairman D. Ravindran said those who lost their jobs when the border between the two countries closed in March last year may not get them back.

He said gone were the days when Malaysians were the preferred choice of Singaporean employers, especially for blue-collar jobs.

Many also worked in essential services such as healthcare and public transport, he added.

“Singapore will give priority to their own citizens to fill these vacancies instead of foreigners, ’’ said Ravindran.

He said like other countries, Singapore was not spared from the economic uncertainties brought on by Covid-19.

He noted that some employers in Singapore decided not to extend the work permits of their foreign workers including Malaysians.

Ravindran said some Malaysian workers, who were stuck in the republic since March last year due to the border closure, also decided to return here for good.

“Prior to the pandemic, thousands of locals commuted daily from Johor Baru to the republic to work, as they earned in Singapore dollars, ’’ he added.

But when they were forced to stay in Singapore, they found their salary was insufficient due to the high cost of living there.

Ravindaran said Singaporeans, who previously shunned “3D” jobs (dirty, difficult and dangerous) might not be so picky now.

“This is especially so for those who lost their jobs, ’’ he added.

Johor South SME adviser Teh Kee Sin said Covid-19 might be around for a few years.

He highlighted that many countries were now entering a third wave, with India recording over 400,000 infections daily.

“I personally feel land travel between Malaysia and Singapore is unlikely to resume anytime soon, ’’ said Teh.

He added the retail, hospitality and tourism sectors in Singapore were badly hit by the pandemic and there was no need for them to hire new employees or expand their operations.

Teh noted that most Malaysians in Singapore, especially skilled workers and professionals, had opted to remain there.

He said this was especially so for those with financial commitments such as paying their housing and car loans as well as their children’s education.

“Sometimes, you have to make sacrifices for the sake of your family in Malaysia, ” he added in explaining their motivations.

Prior to Covid-19, unofficial figures showed that some 300,000 Malaysians commuted daily from Johor to the island republic to work, while another 400,000 Malaysians worked and lived in Singapore. 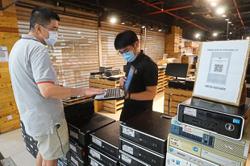 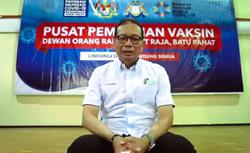