Popular landmarks are being featured in the ‘Penang Brings the World to Your Doorstep’ exhibition which will run till June. – LIM BENG TATT/The Star

TWENTY-TWO sculptures depicting the famous landmarks of several countries have been set up at Esplanade, Penang.

Chief Minister Chow Kon Yeow said the display themed ‘Penang Brings The World To Your Doorstep’ was aimed at spreading festive cheer during the fasting month and the upcoming Hari Raya Aidilfitri.

“Penangites need not travel far to see the world. 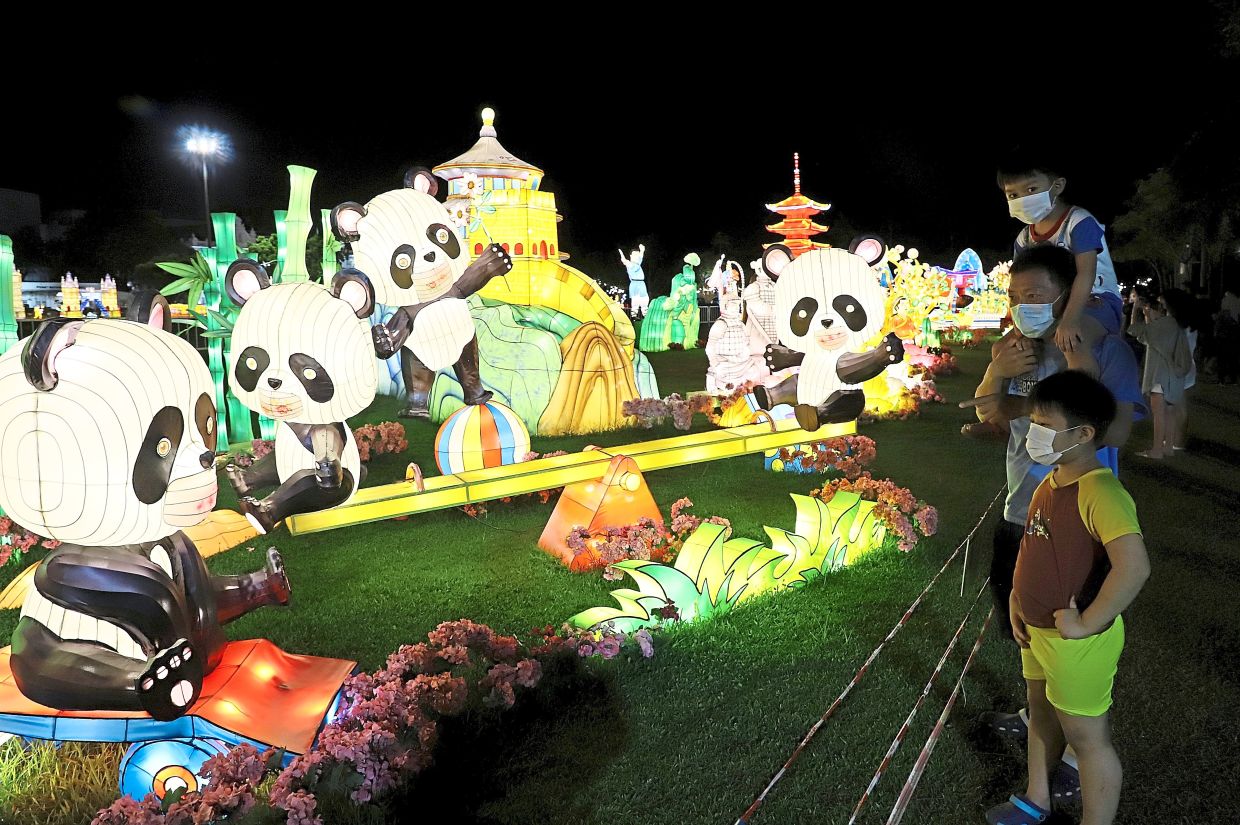 A family admiring the panda sculptures at the China section in the exhibition.

“Here, we have sculptures featuring popular landmarks such as Big Ben, Westminster Cathedral and Tower Bridge from United Kingdom, Mount

Fuji and the Chureito Pagoda from Japan, Sydney Opera House and Melbourne’s Twelve Apostles from Australia and many others.

“Realising that travel is limited due to the interstate travel ban, the state government decided to enliven this festive season by organising such an event, ” he said at the ceremony to light up the sculptures recently. Chow (right) with Yeoh checking out the sculptures at the Esplanade in George Town.

Chow said to spur the state’s tourism in this new normal, there was a need to stimulate domestic tourism and sustain local businesses through various creative ventures through such events.

“Unesco has declared this year as International Year of Creative Economy for Sustainable Development and we wanted to promote easy access to these industries under this theme that led to the idea for this event.

“In line with the Penang2030 vision of building a family-focused green and smart state that inspires the nation, families can get to spend quality time together when they come to check out the sculptures here. 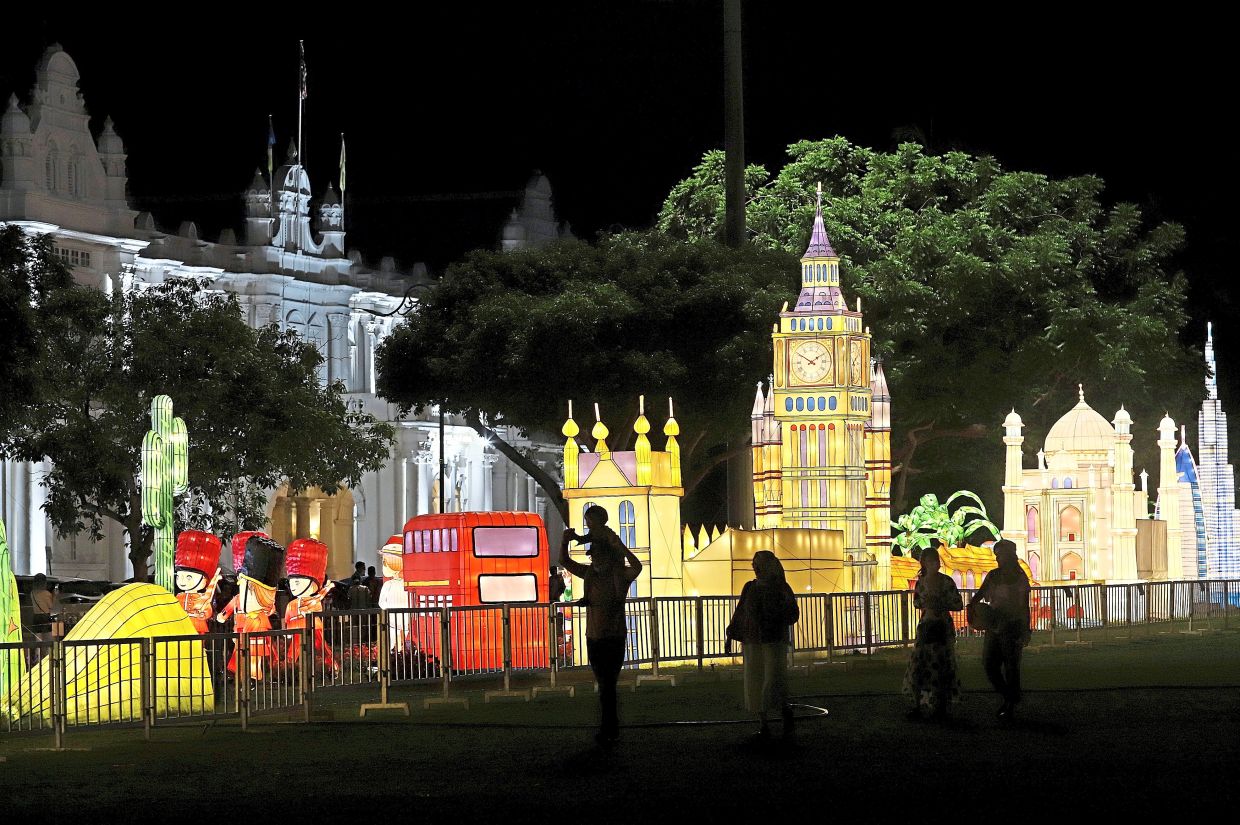 Part of the lighted sculptures at the Esplanade.

“I hope that the display of the sculptures will boost local tourism and lift the spirits of Penangites in these trying times amid the Covid-19 pandemic.”

State tourism and creative economy committee chairman Yeoh Soon Hin, who was also present, said the RM400,000 event would run until June and admission is free. 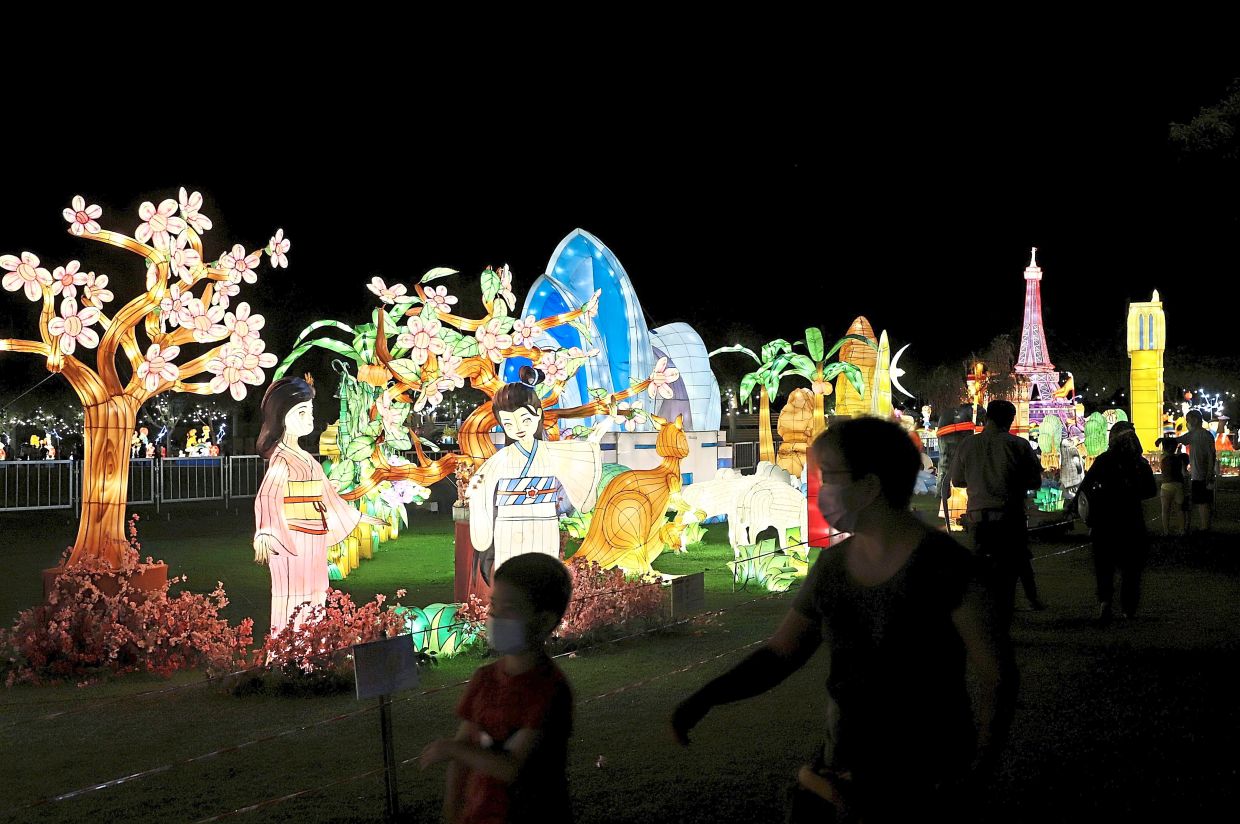 “Other than the famous landmarks, there are also cute sculptures of the Chinese and Western zodiac signs, ” he said. The popular houseboats of Kerala on display at the India section.