The mural of the Indian woman with her hands clasped is nestled in a quiet corner of George Town. — LIM BENG TATT/The Star

A MURAL of an old Indian woman with hands clasped to indicate gratitude has generated a lot of buzz.

Nestled in a quiet corner between Lorong Lumut and Lebuh Toh Aka in George Town, Penang, the mural is a subtle nod to local culture.

Visitors have been flocking to the 1.5m-high mural by Russian artist Julia Volchkova.

Created in December 2015, the mural was inspired by an old Indian fortune teller lady.

“When she was in Penang six years ago, she noticed the Indian woman’s movements and mannerisms.

“She was saying ‘thank you’ with her hands clasped. 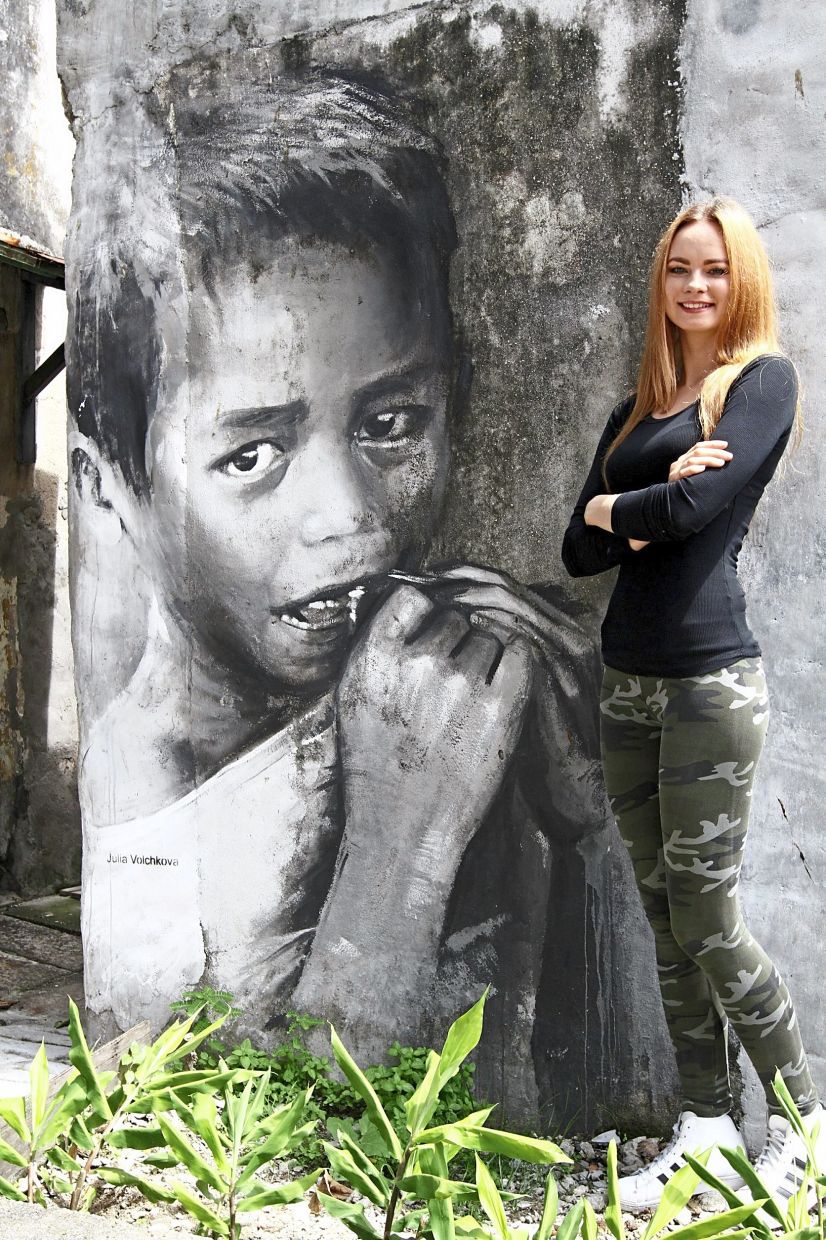 “We then went around looking for locations for new murals and Volchkova liked one particular spot as it was under a tree, ” he said.

Tan said someone did alter the mural a while ago to make the old woman look like she was crying.

“Someone added colour to the eye and made it look like a tear.

“When Julia came back to Penang in 2019, she touched up the mural and restored it to its original form, ” he said. When asked if Volchkova planned on returning to Penang to create more murals, Tan said that prior to the pandemic, she did have such plans but she is now based in Thailand due to the pandemic.

“She went to Thailand for some work but now due to Covid-19, she is stuck there.

“At the moment, she is working on canvas art in a studio there, ” he said.

It was reported in December 2015 that Volchkova had painted her third mural in Penang, following her murals of an Indian boatman in Stewart Lane and little boy near Sia Boey.

Volchkova had said that the old Indian fortune teller lady’s hair seemed to flow naturally into tree roots ingrown into the wall.