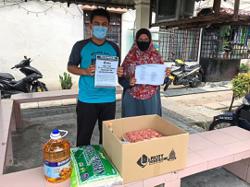 Md Amta: The car I bought had a faulty fuel pump and the problem was only resolved once it was replaced.

AN engineer and his family were looking forward to enjoying cool air during hot spells when he bought an air cooler for his home.

S. Vijayan, 49, said the RM2,888 air cooler emitted hot air the day he bought it on May 9 last year from a kiosk at a hypermarket in Johor Baru.

“The item was sent to our apartment the same day and malfunctioned the same night, ” he said when met outside the Johor Baru Consumer Claims Tribunal in Menara Ansar.

He said the whole house turned sauna-like and the problem persisted for three days.

Vijayan contacted the sales representative and was told that the company was based in Kuala Lumpur and the kiosk only promoted the product.

Vijayan said the technician could not rectify the problem, including lowering the temperature from 26ºC which was pre-set at the factory overseas.

He said the replacement air cooler he received was not the model that he had paid for.

“The item was delivered to our place without the box and it was not certified by Sirim, ’’ he added.

Tribunal president Ooi Chooi Gaik ordered the respondent to reimburse RM2,888 to the claimant within 14 days.

The claimant must return the product to the respondent upon receiving the money.

In another case, the tribunal heard from a safety and health officer who was dissatisfied with a car manufacturer.

The claimant Md Amta Efzan Ahmad, 31, bought a car in October 2018 to commute from his house in Pontian to work in Jalan Tampoi, Johor Baru, which is about 46.6km away.

The monthly instalment for the car loan was RM575.

“After using the car for about eight months, the fuel pump started to give problems, ” he said.

He added that he was at a friend’s wedding on June 15,2019, in Gelang Patah when he could not start the car.

Md Amta said the vehicle was towed to the car manufacturer’s sales and service centre branch in Pontian the same day and was left there until July 13,2019.

While waiting for the vehicle to be repaired, he rented a car for RM600 a month as he needed to go to work.

“After the fuel pump was replaced, it was okay for a while before the problem recurred.’’

He said he was lucky that he was at home when the car could not start on Sept 9 last year, and the vehicle was towed to the service centre again and left there until Sept 13 for repairs.

“The fuel pump problem also happened to other owners of the same model, ” he said, adding that he learned that from social media.

Md Amta said the car was fine after the fuel pump was replaced again last September.

He said the car manufacturer had sent the fuel pump to experts overseas to identify the problem, adding that they had yet to inform him of the results.

A company representative had offered to pay RM575 — the monthly instalment of Md Amta’s car loan — for the inconvenience caused but he declined.

Instead, he claimed for RM600 for car rental.

Ooi ordered the respondent to bank in RM575 to the claimant’s account within 14 days.

She also awarded RM100 as transportation costs to Md Amta who travelled from Pontian to Johor Baru to attend the hearing.

However, Ooi dismissed his claim for the car rental reimbursement as he failed to produce receipts as proof. 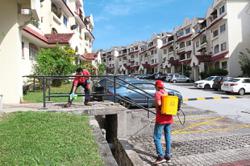