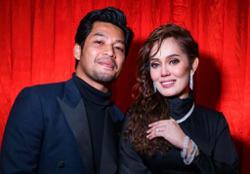 Chelsea passed away on April 6 last year from bone cancer.

CANCER patient Chelsea Cindion Dominic was given only a short time to live when she suffered a relapse in 2019.

But over the months prior to her passing on April 6 last year at the age of 23, she managed to live a full life.

She got to attend university and sing at her brother’s wedding receptions in Penang and Sarawak.

Her father Dominic Rayappan, a 55-year-old retired teacher, said she could not complete her four-year Mass Communications degree course at Universiti Sains Malaysia.

“She got to sit for her final third- year examination and she passed with good results despite being sick with osteosarcoma (bone cancer).

“She was first diagnosed in 2011 but never let the disease hold her back.

“She was active in social work and took part in many of her university’s co-curricular activities.

“Because of her contributions, the Dean of the school of communications awarded her a posthumous degree this year, ” he said on Sunday.

Rayappan said his daughter was a strong person who fought hard to stay alive so that she could attend her brother’s wedding receptions in February last year.

“During one of the receptions, Chelsea made the gesture of handing over her 19-year-old Down Syndrome sister so that she could be taken care of by her sister-in-law after she was gone.

“She breathed her last peacefully at home surrounded by her family members.

“I would like to think that she made good use of her time by giving regular motivational talks to cancer survivors and students.

“She made a difference to many lives in her short time here, ” he said, adding that she was also a high-achieving individual who was a prefect and debater in school, and Youth Speaks for the Nation participant in 2015.

Chelsea also beat the odds in 2015 when she obtained 7As for PMR despite missing school for almost a year in Form Two when she was in SMK St George Balik Pulau.

Rayappan added that many people dreamt of her after the funeral. 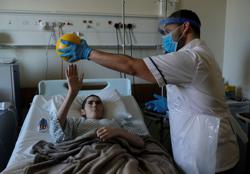