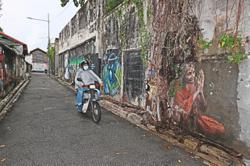 THE city of Alor Setar in Kedah is busy getting ready for better times when the pandemic blows over.

Most of the murals depict the state’s olden days and everyday life of its people.

Lor San coffee shop owner Chew Kee Leong, 46, said his business had improved by about 20% since the murals were painted.

“The murals are painted along Lorong Setar behind my shop.

“Before the movement control order, many people especially from Penang, visited my shop to eat noodles and they asked me where the murals are located.

“I showed them the site and they went to take pictures, ” he said, adding that his business however dropped by almost 30% during the MCO period.

“I sell chicken, duck and pork noodle soup, as well as minced pork wantan mee and yong tau foo at my shop.

“I hope the local council will not close the lane to traffic as it will affect businesses in the whole area, ” he added.

“The murals brought more customers to my stall. In the past, I only cooked rice for 100 customers but after the murals were drawn, I cooked more, ” said Manzur, whose stall is located about 50m from Lorong Setar.

Lim Hock Chye, 75, who has been selling fruits for more than 60 years, said the art corner had indirectly brought in more business to his fruit stall.

“When people visit the area to view the murals, they will drop by the shops here to have some drinks or buy some local products, ” he said.

Couple Dr Chow Fong Yen, 67, and his wife Chung Mui Lin, 46, from Selayang, Kuala Lumpur, heard about the murals from a local friend.

“I prefer murals with characteristics that reflect colours and local customs.

“3D murals can attract a huge number of visitors. I hope the artists here will concentrate more on 3D murals, ” said Dr Chow.

Motorcycle repairman Low Kim Tek, 61, said many classic motorcycle owners visited his shop after seeing a mural, featuring him in the middle of repairing a Honda C50 on one of the walls in Lorong Setar.

“I received many old motor repairing jobs as the owners wanted me to repair their bikes.

“They managed to find my shop by asking the local folk, ” he said.

He said RM50,000 was allocated to paint two murals – ‘Rumah Buah’ and ‘Bukit Buah’ – on two walls of the complex there. 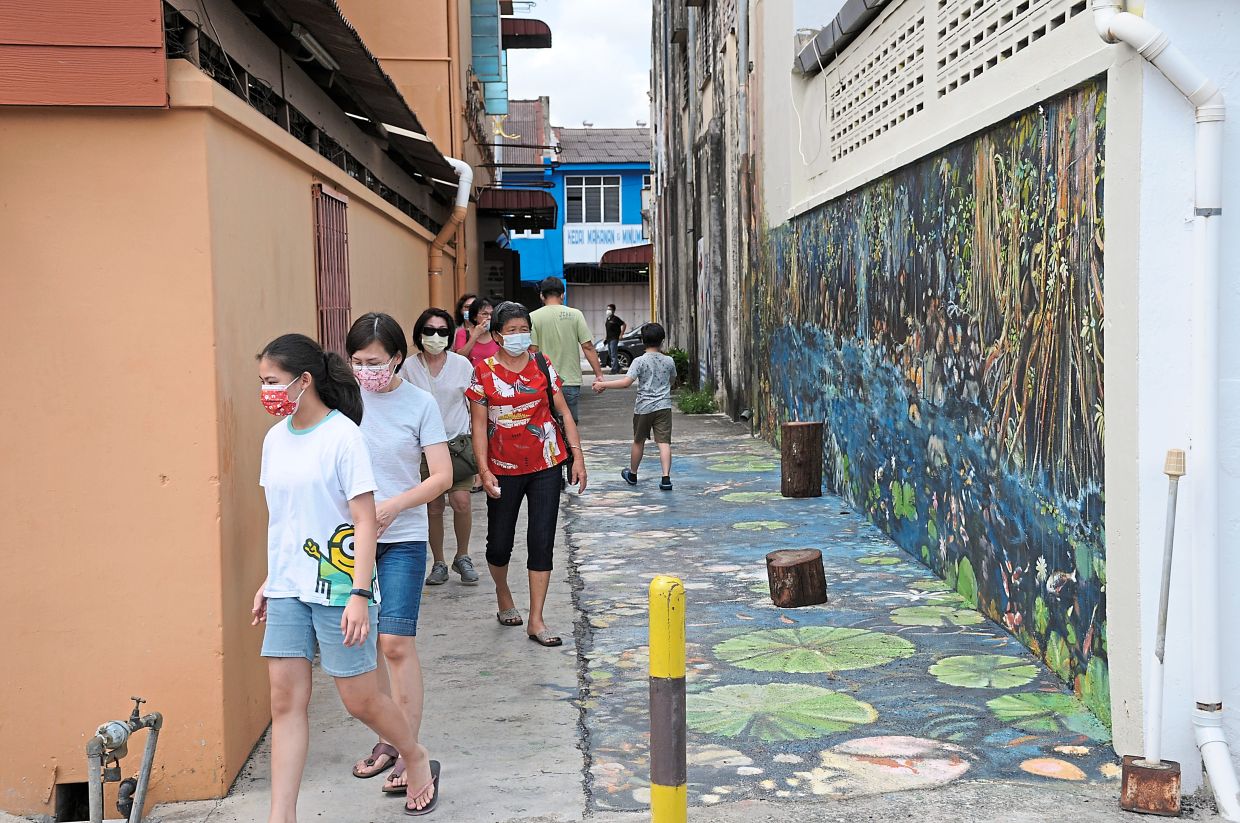 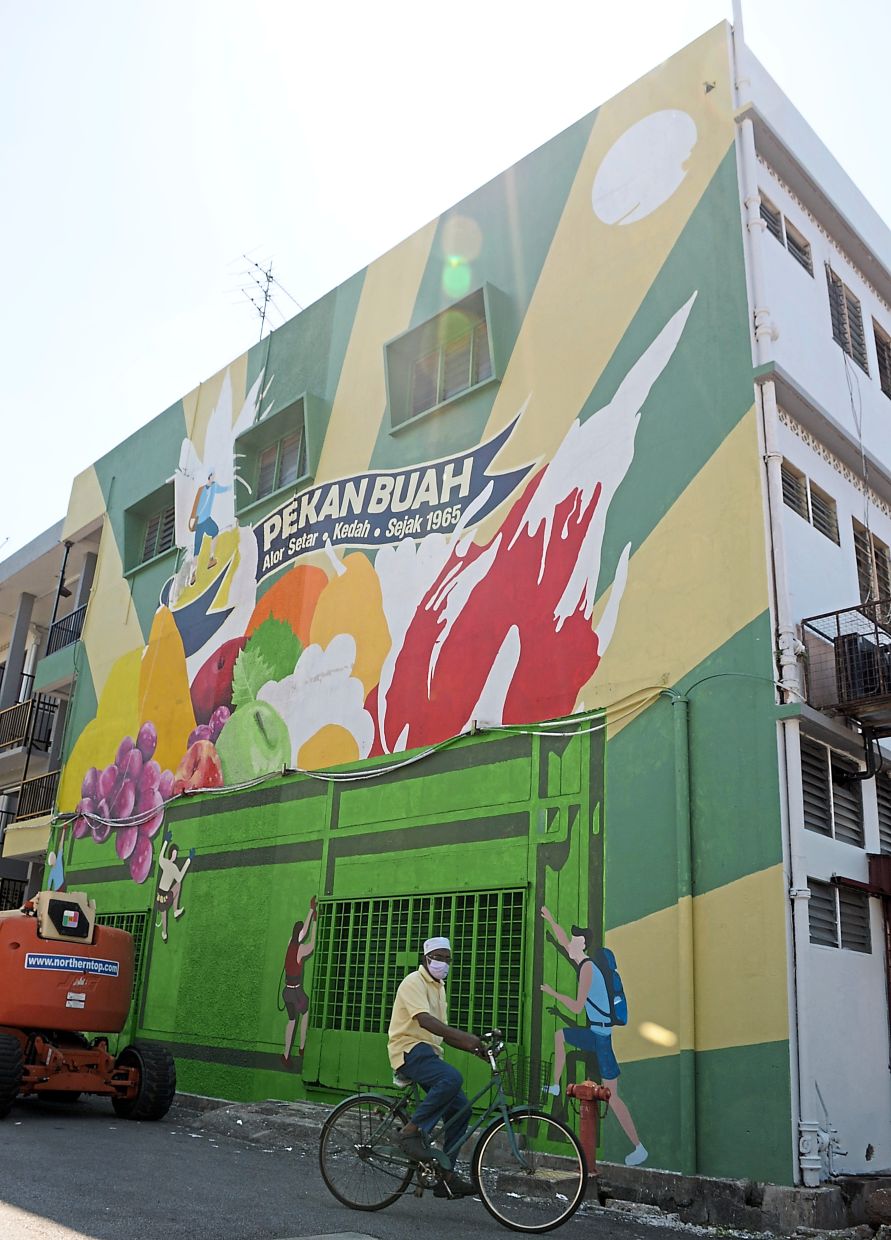 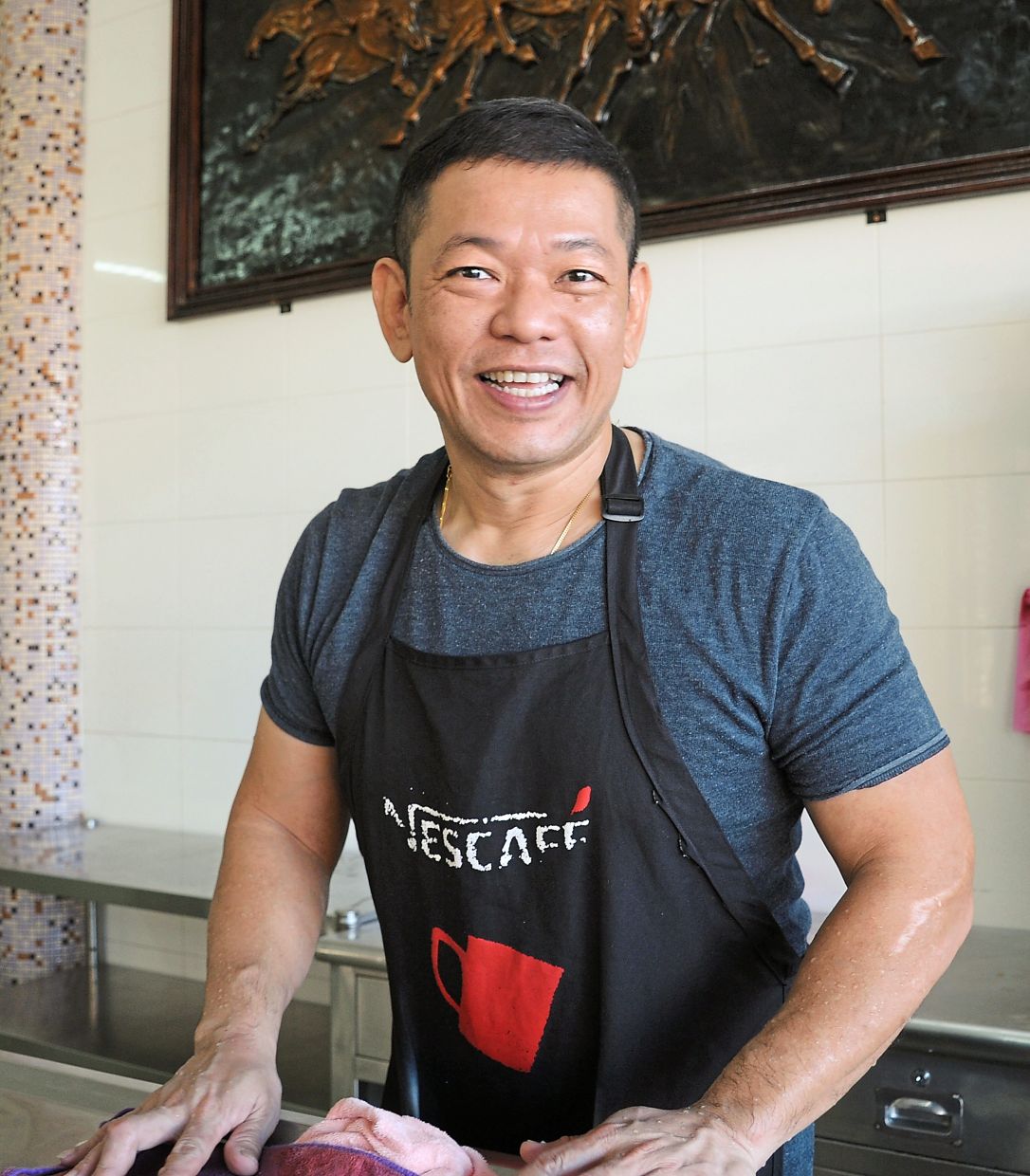 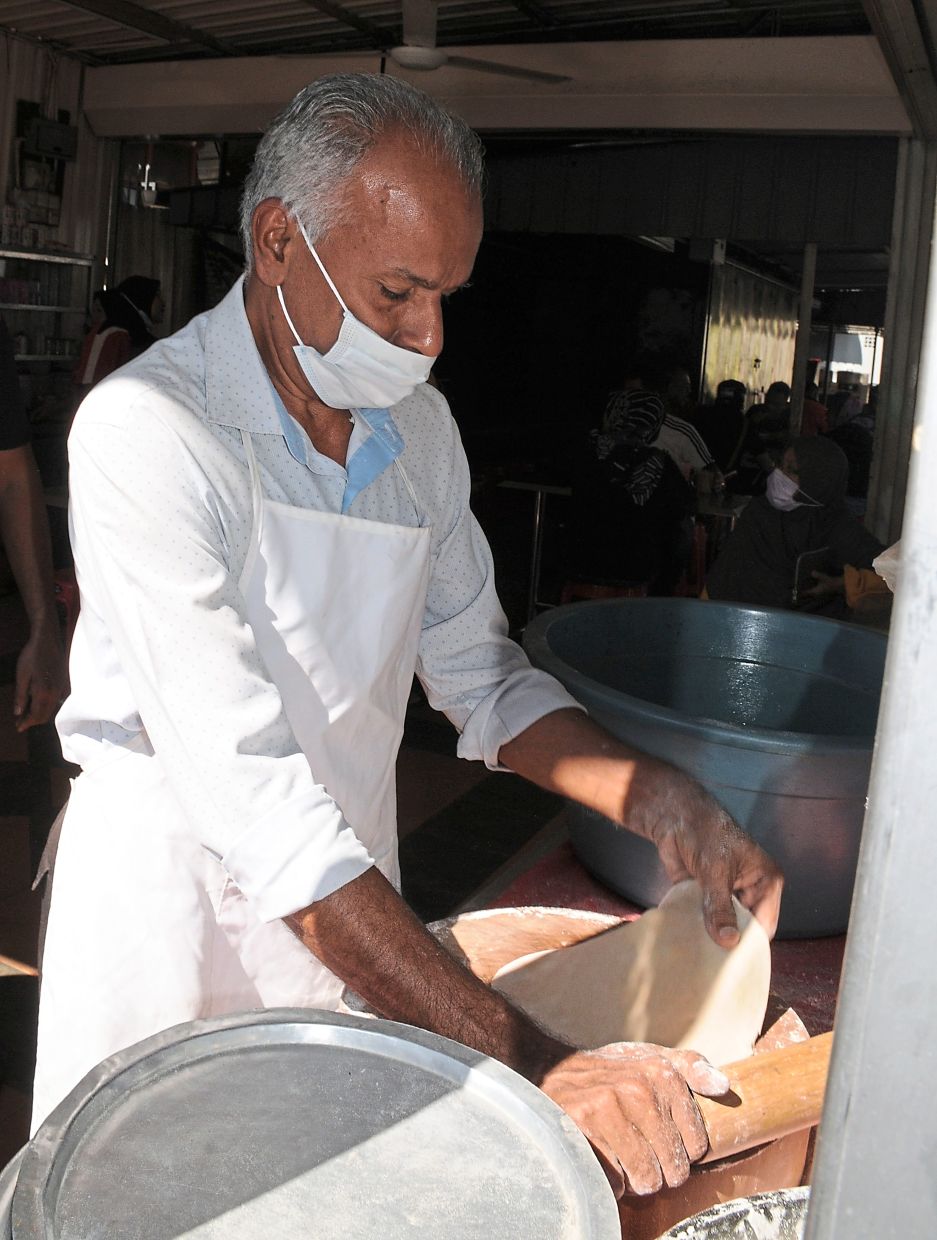 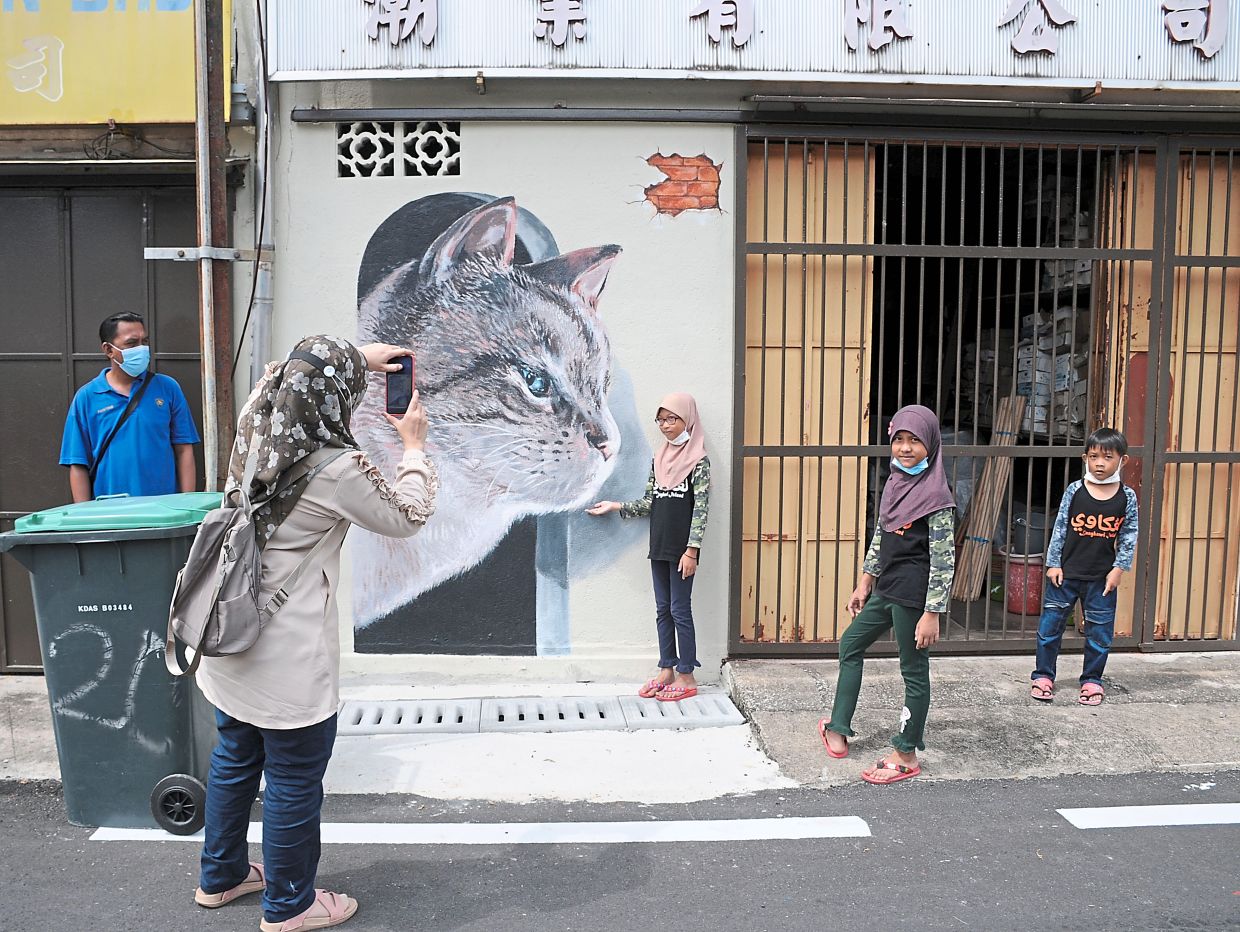 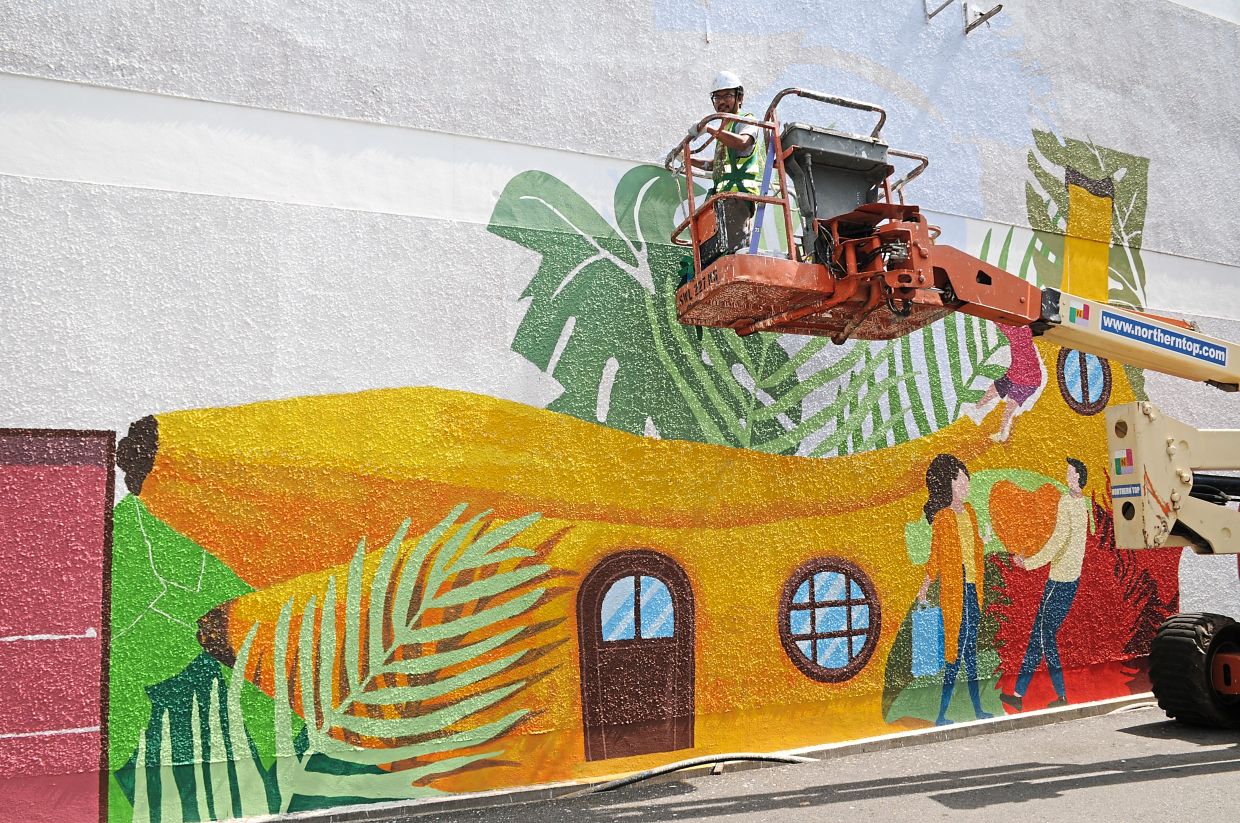 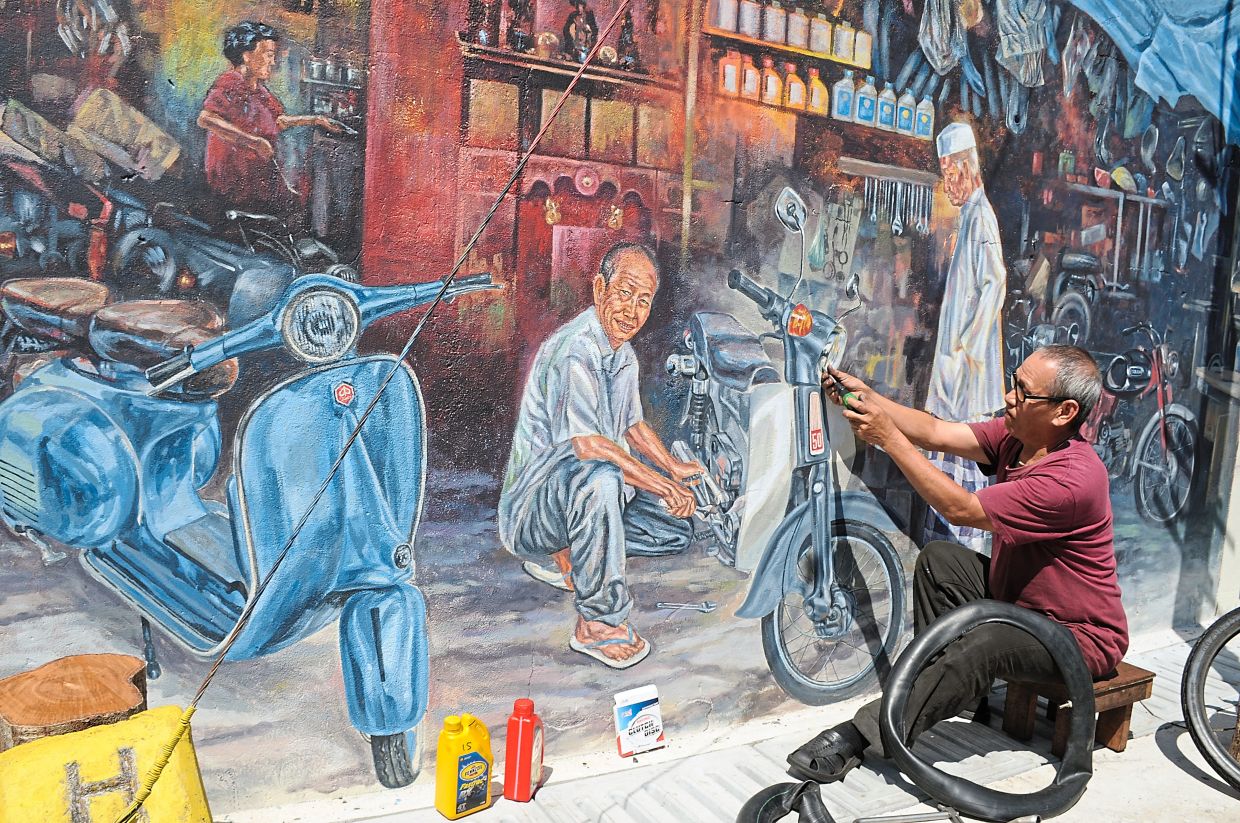 Visitors walking out of a lane featuring a giant mural of a waterfall and stream.

The Bukit Buah mural at Pekan Buah is part of the assets transformation programme of the Kedah State Development Corporation.

Chew says his noodles business improves 10 to 20% after the murals were painted at Lorong Setar behind his shop.

The murals project has brought in more customers to my nasi briyani and capati stall, says Manzur.

A 3D mural of a man preparing teh tarik is one of the hot picks among visitors.

A woman taking pictures of her children posing with a giant mural of a cat.

The mural of a boy sitting on a buffalo is located behind the former Kota Setar district police headquarters at Lorong Setar in Alor Setar, Kedah. — Photos and video: G.C. TAN/The Star

Mural artist Fadzlan Rizan Johari, 41, drawing a giant banana on one of the walls at Pekan Buah.

Low posing for a photo of a mural showing him repairing an old motorcycle in front of his shop. 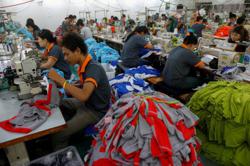 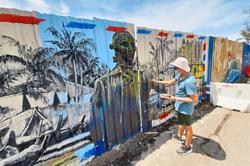