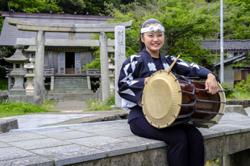 The voice from the incoming signal was scratchy at best as the battery in the caller’s walkie-talkie was about to die.

But amateur radio hobbyist Zanirul Akhmal Zanirun, then a volunteer at the National Emergency Communication Centre set up in Angkasapuri, Kuala Lumpur during the 2014 to 2015 floods, heard the message that was coming in from Pahang loud and clear.

“The floodwaters are rising. We are trapped in our house. Get help quick, ” said the caller.

There was no time to waste, recalled Zanirul.

He and the team immediately conveyed the message to the communication centre in Pahang, who in turn alerted the rescue team at the stricken location.

To his relief, an update later revealed that the caller had made it to an evacuation centre safely.

Now, as honorary secretary of the Malaysian Amateur Radio Transmitter’s Society (Marts), Zanirul would recall this time as the most memorable in his 14 years as an amateur radio enthusiast. 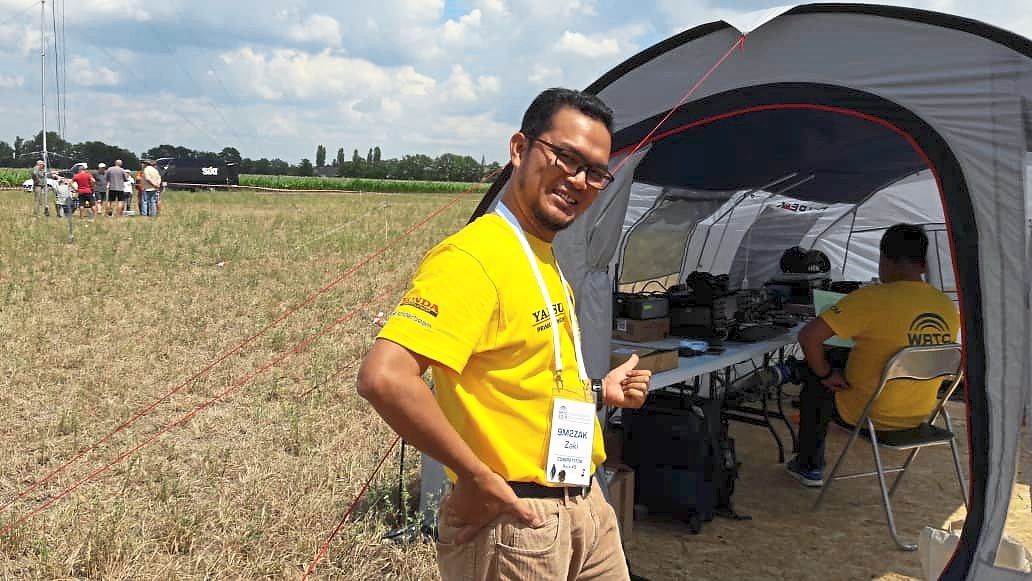 Recalling the official brief given to volunteers by the Information Department under Communications and Multimedia Ministry then, Zanirul said they were told that because of the magnitude of damage caused by floodwaters, landlines,

Internet and mobile phone communication were temporarily down in the worst-hit places.

This was because electricity supply had to be cut during the floods for safety.

Meanwhile, there was an immediate need to establish an ad hoc communication network so that the government could get a clear and accurate picture of the actual situation on the ground.

This information was needed to organise distribution of food and other supplies.

“In Kelantan, it took us about an hour to do this.

“We contacted one of our members, who was based there, and from his information, the ministry was able to send a team to Manik Urai using the services of a four-wheel drive team.”

The high frequency for radio communication centres in all the affected states was 7.110 MHz.

This frequency is recognised by the International Amateur Radio Union for countries in the Asia Pacific region as a main channel to be used for disaster situations.

“We received and relayed some 500 messages a week coming in from bodies like Fire and Rescue Department, Civil Defence and the police.

“About 20% of them were from victims asking for help.

“More than 200 volunteers from the amateur radio community helped to man these emergency centres nationwide. 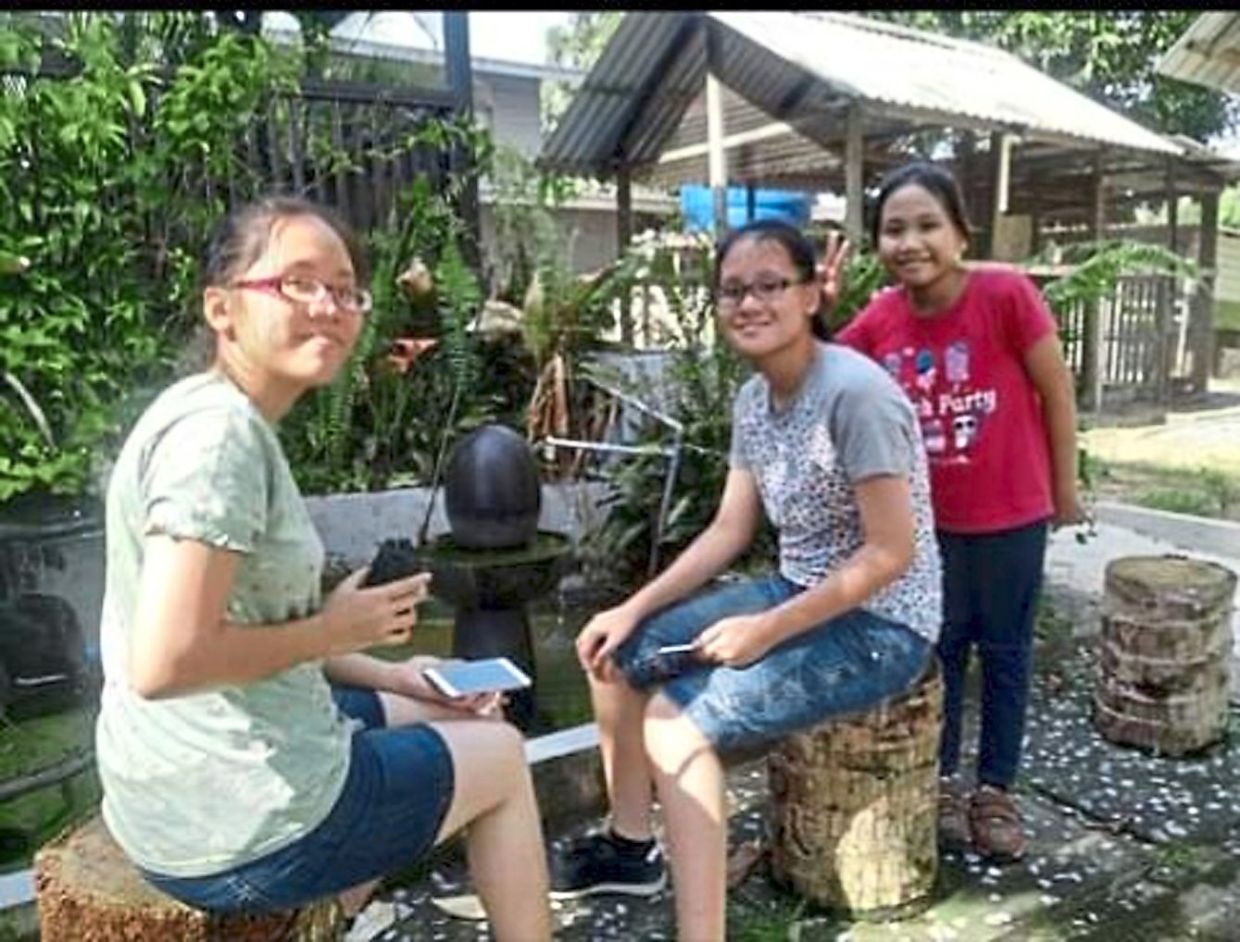 (From left) Avril, Alexis and Amber decoding SSTVs with the help of handphones and walkie-talkies during an Amateur Satellite Malaysia (AMSAT-MY) SSTV party organised by Malaysian Amateur Radio Transmitter’s Society in 2019.

“The messages they helped to relay saved hundreds of lives as one of the real-time reports they gave was how far water levels had risen in a particular area, ” said Zanirul.

This is a story that the 43-year-old never tires of telling.

It is an impressive and inspiring pitch on how amateur radio hobbyists can help others from wherever they are based.

Officially established in 1952, Marts opened full membership to hams in what was then the Federation of Malaya, Singapore, Brunei, Sarawak and Christmas Island.

Total membership then was about 100 members. Today, it has 1,470 members, of which 284 are currently active.

Nationwide, there are some 13,000 enthusiasts from various ham associations.

“Communication and electronics are what the hams are passionate about, and they have to abide by a strict code of conduct, ” said Zanirul.

This means no off-colour jokes or hate speech.

Hams are not allowed to broadcast to the public, do anything with their radios that can generate financial income or interfere with other radio services.

They must certify their communications equipment and non-compliance is an offence.

Under the Communications and Multimedia Act (CMA) 1998, a person shall be liable to a fine not exceeding RM100,000 or imprisonment for a term not exceeding six months, or both, if found guilty.

Those who broadcast offensive and menacing content can face a maximum fine of RM50,000 or jail term not exceeding one year or both.

Unlike commercial radio stations, hams, a word that describes amateur radio operators, are able to establish two-way communication once they have taken a test.

They must obtain a licence from the Malaysian Communications and Multimedia Commission (MCMC) to operate. All radio transmissions must also be recorded in a log book and produced for inspection by MCMC upon request.

The information includes transmission dates, frequency used and call signs contacted, and must be kept for at least two years.

Among the activities Marts has organised in the past is an annual event at the National Planetarium, where selected schools are able to establish radio contact with astronauts working at the International Space Station.

Communication time is short as it can only take place within a window of eight to 10 minutes when the station is at its ideal orbital location.

The event started in 2007 but has been put on hold as the ground station is currently under renovation.

The goal is to inspire them to explore radio communication in their theses.

Radio contests can be in the form of “fox hunts” or “direction finding”, where small 500mW transmitters are hidden in parks for younger members to locate.

Another contest has participants staying awake for 48 hours straight with the goal of making as many contacts worldwide as they can within that time frame.

Zaki Din, a 41-year-old from Kulai, Johor, is one such avid participant of these contests.

Armed with a Kenwood TS 2000 transceiver, Zaki was ranked first in Malaysia in the world of radio sport for eight years running.

He was also ranked first in South-East Asia.

This achievement earned him an invitation from a leading amateur radio champion from Thailand to be his teammate at the 2018 World Radiosport Team Championship (WRTC) in Germany.

However, because of a faulty antenna, which was not realised until five hours into the 24-hour-long competition, Zaki and his team leader, the Thai national, came in second last among the 63 teams.

Asked whether he intends to make another try for the 2022 WRTC in Italy, he reckoned that chances of this happening were slim.

“When I first started as a radio sport contender in 2009, there were no more than 10 competitors.

But the Perlis native, who began his foray into the world of radio communication at the age of 12 with his father’s walkie-talkie, stressed that he was not in the hobby for the glory of winning competitions though he beat 1,076 contestants to emerge first in the Japan International DX Contest last year.

“It’s the camaraderie among hams that I cherish the most, ” said Zaki.

Recalling an episode from 2004, Zaki, who was delirious with fever, had forgotten where he had put his handphone.

His wife was also not home. In desperation, he put out an SOS via radio to find someone to take him to a clinic.

Twenty cars showed up in front of his house in response.

Today, Zaki is content to play the role of mentor and expand his social network.

“I teach younger members how to read propagation, which is the radio frequencies of transmitting stations, ” he said. 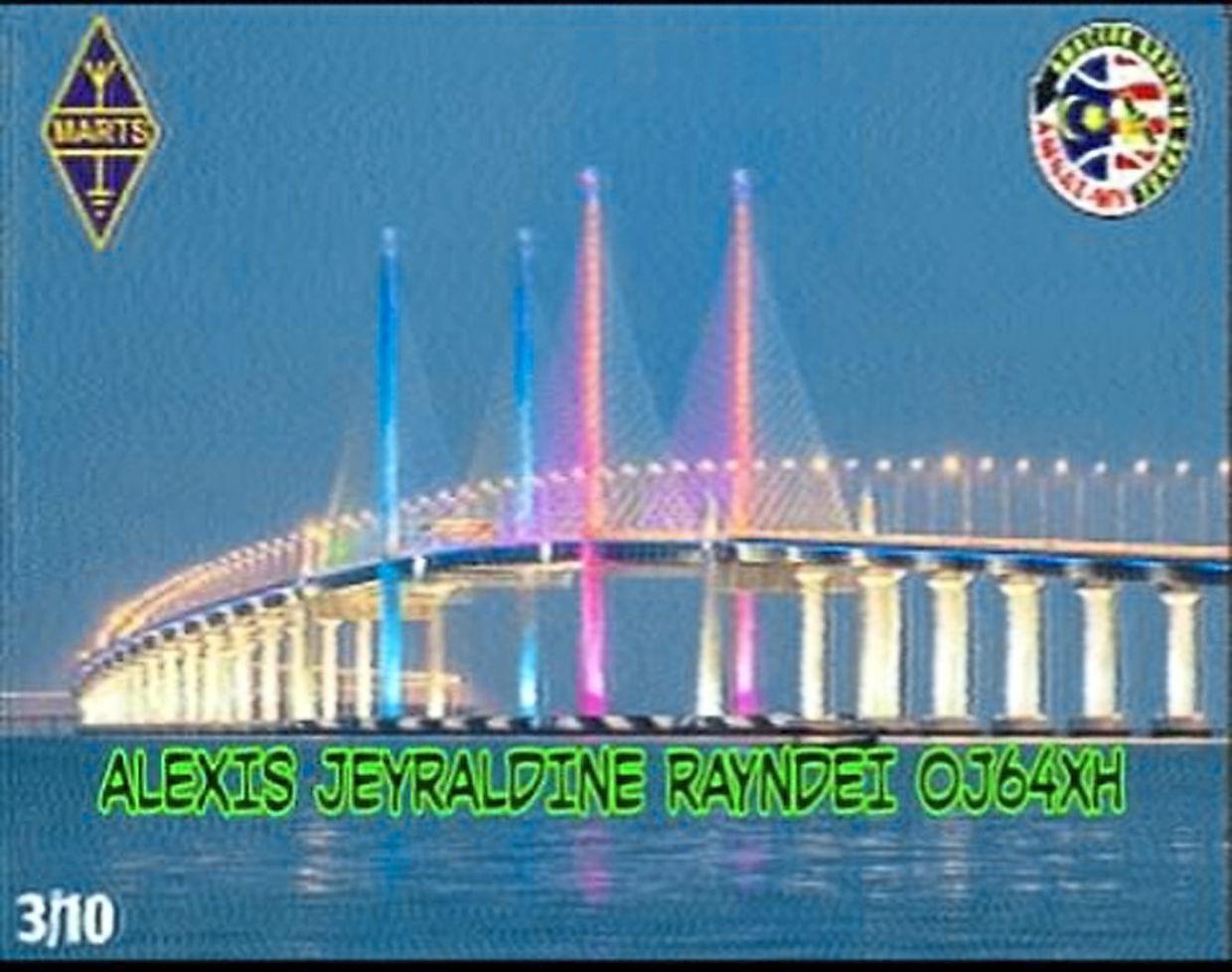 A sample of a SSTV image received and decoded by Veronica’s children at the AMSAT-MY SSTV party.

In his 16 years as a licensed ham, Zaki has also made contact with 52,363 like-minded enthusiasts from all over the world.

One of his most treasured connections was with a Russian scientific expedition team at their progress station in Antarctica, the South Pole in 2013.

The exchange was confirmed by an eQSL card (QSL stands for “I confirm receipt of your transmission”) sent by the Russians.

Picture transmissions are also possible via radio and many from the younger generation are attracted to the thrill that comes from receiving and decoding these transmissions.

Known as SSTV (which stands for “slow-scan television”), this is a picture transmission method used by amateur radio operators to transmit and receive static pictures via radio.

Ham enthusiasts Veronica Nohan, 44, and her husband, Stanley Sumping Anak Albert Bejie, 46, from Sarawak said this was how their children’s interest for amateur radio was kindled.

AMSAT-MY is a special interest group under the Marts umbrella that tracks satellites crossing Malaysian skylines.

However, images transmitted by members from Penang, Pahang and Sarawak for the 2019 event, were done via radio frequencies and not from satellite signals.

But once they become more competent in their SSTV receiving and decoding skills, and after receiving their licences, Veronica intends to involve them in the transmission and receiving of SSTV to passing satellites.

Currently, Veronica and Stanley, who are training to transmit in Morse code so they can acquire a Class A licence, have roped in their children to take part in the deciphering exercises as well.

They are pleasantly surprised that their children are catching on faster than them.

“As ham enthusiasts and as parents as well, we hope with further guidance and motivation, our children will follow in our footsteps, ” said Veronica, who feels more parents should encourage their children to take up the hobby.