Klang Municipal Council's Enforcement Department acting director Shahrul Hazri Abd Majid (left) with an enforcement staff audit the mounts of illegal banners and buntings seized over the past months before it is sent to the landfill.

“The illegal advertising racket and their runners involved in putting up the ads have switched to other businesses. Others, still in the business are forced to rethink and have adapted to social media platforms, ” he said.

Shahrul added that this was also shown in his department's statistics.

“Last January, our men removed 9,619 buntings and banners throughout Klang. However, this January we removed 5,113 illegal ads - approximately 4,500 less," he said.

Shahrul then added that the MPK has intensified operations to remove illegal ads.

“Throughout 2020, our men removed a total of 51,997 buntings and 906 banners from 16 areas in the Klang District. Other than the buntings and banners, we also removed 8,916 wooden planks fastened to tree trunks with phone numbers for motorcycle repairs and other services, ” he said.

“In the months to come we hope to see fewer buntings and banners, ” he said.

Shahrul added that his department had issued 64 compounds to companies involved in the illegal advertisement trade where each one was issued a fine of RM1,000 under the council’s Advertising By-Law 2007 for removal of the advertisements.

On this, Klang MCA Youth chief Datuk BK Tan said we are witnessing a change in consumer behaviour.

“People live online now. Smart phones are in their palms at all times. It is only wiser to use social media platforms to engage with people in a township that could allow local businesses to thrive. Bringing in customers to keep the trade alive is now the top priority, ” he said.

Tan added that businesses stand to benefit from online ads as companies that use it will have the behavioural data of customers in the long-term.

"As months go by, we will see fewer illegal advertisements in public places as small businesses adapt to use social media, ” he said.

Meanwhile, an outdoor advertiser known as Siew Loong said that digital social platforms were a more attractive proposition for customers who are careful with their spending and want to see sales.

“Our focus is on small restaurants and retail shops. Most of us still in the business are encouraging small businesses to accept social media as people have smart phones, ” he said. 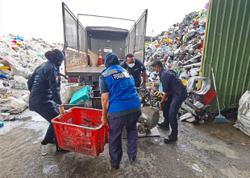