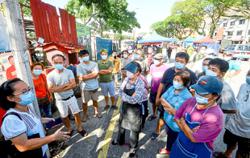 A file picture of the morning market in Bandar Sungai Long.

AFTER a few tense weeks, Bandar Sungai Long morning market traders in Kajang are relieved they will not have to relocate to a new site.

The 96 traders can continue operating along Persiaran SL 1 until a new market building is built by the Kajang Municipal Council (MPKj) in about two years.

The good news was announced during a meeting with traders and Kajang Municipal Council (MPKj) councillor Lim Kim Eng at the site Sunday morning (Jan 31).

"After a meeting between Kajang assemblyman Hee Loy Sian and MPKj president Datuk Zulkefli Khalid yesterday, and taking into consideration other factors, it was decided that the traders do not have to relocate to the Laman Niaga Komuniti Bandar Sungai Long in Jalan SL 2/3.

"However, traders must comply with all standard operating procedures and guidelines issued by the council," she said.

"Traders had been operating here for more than 20 years. The new proposed location is also not suitable for them," she said.

Previously, traders had expressed dissatisfaction that they had to sign a letter of undertaking with MPKj to relocate to the Laman Niaga come March 2 when their temporary permits expire.

Among the clauses that the traders had to agree to were adherence to SOP as issued by the National Security Council, state government and the local council as well as willingness to accept decisions made by licensing authorities on business operations and premises or they could face immediate revocation of their licences.

Traders must also agree to take full responsibility for any untoward incidents that may befall themselves or their customers during and after operating hours and to absolve the council from bearing the cost of claims made by any affected party. 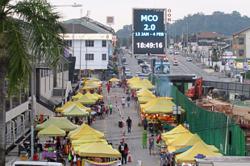 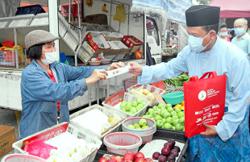