10 morning markets to reopen in Klang under strict SOP 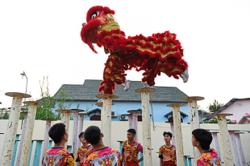 TEN “pasar pagi” (morning markets) in Klang will be opening from Monday (Feb 1) under strict standard operating procedures (SOP) since being ordered to shut at the start of the current movement control order.

The other three, Pasar Pagi Lintang Dato' Tahir will be open on Feb 2, while Jalan Khoo Kek Kheng on Feb 6 and Jalan Sri Sarawak 18, Taman Sri Andakas will open on Feb 7.

Under the Klang Municipal Council (MPK), there are 14 morning markets throughout the township where nine operate daily while another five trade once a week.

MPK’s president Dr Ahmad Fadzli Ahmad Tajuddin said the council decided to allow the 10 morning markets to open from 6am to 11am under strict conditions where each stall will have a QR code and customers’ must follow the 3S' SOP – Sanitize, Screen (body temperature), and Scan (QR codes).

"We are in a pandemic mode, but the need for people to shop for basic necessities to get goods for the coming Chinese New Year and to allow the local economic engine to thrive cannot be avoided.

"It will be hard for people to keep their distance but it must be done, ” he said.

He added that the pandemic should be managed through a trace, test and isolate method based on the World Health Organisation’s (WHO) public health approach.

He also said practices like QR code scanning on the MySejahtera app should become second nature to people each time they visit a stall.

“With the QR code, those who are exposed to Covid-19 can be easily traced and quickly isolated, thus helping to break the transmission chain.

"Our council’s Health Department had made it compulsory for each trader to have a temperature scanner and hand sanitiser.

"It is to keep traders and customers safe, ” he said.

Other than the QR code, each trader will be required to put up 3m x 3m transparent plastic sheets on the sides and front of their stalls as a protective barrier.

MPK Licensing and Hawkers Department director Azhar Samsudin said all the markets would eventually be reopened, but this would have to be done in stages after taking feedback into consideration.

Azhar added that 10 trading areas allowed to reopen were part of a "test stage" where the Klang District Health Office will conduct spot checks to gauge if traders and customers abided by the SOP.

“Our council Health Officers dressed in civilian clothes will monitor the morning markets and if a trader or customer flouts the SOP, an immediate fine of RM1,000 would be issued and closure of the stall would be done, ” he said.

He added that the council will use the 10 trading places as a standard before other areas are allowed to open in stages which include the 58 pasar malam (night market) in the township.

Currently pasar malam are not allowed to operate.

“All pointers will be taken into account before a qualified decision is made to reopen other trading areas, ” said Azhar.

The Klang district has the most night and morning market trading lots in Selangor.

Fadzli added that decisions made to reopen other areas would be based on how traders and customers conducted themselves in the initial test stage at the 10 trading areas.

“Fama will decide on when to reopen the pasar tani, ” said Azhar. 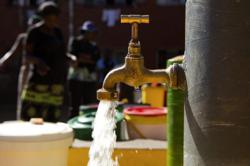