A Grab rider picking up deliveries from Champ’s Express in Kuala Lumpur.

WITH the latest movement control order that prohibits dine-in at restaurants, some restaurateurs have learned lessons from the first MCO last March to maintain their businesses.

The government has announced that dine-in is not allowed in eateries in states where the MCO is enforced until Jan 26.

“We were active during the initial MCO last year, so we knew what to do now, ” he told StarMetro in Kuala Lumpur.

Before the announcement of the MCO last week, Thompson said the challenge was getting their food supply orders sorted to prevent wastage.

“Normally, we order everything on Sunday, and the supply comes in on Tuesday and Wednesday.

“But with the current situation, we have to act accordingly and run on minimal (supply).

“If we stock up, there will be weeks’ worth of food wasted, ” he said.

Thompson said during the first MCO, their revenue dropped to about 80% in the first month.

Thompson hopes that when restaurants are allowed to accept dine-in, there will be more clarity from the authorities.

“It was troublesome when we reopened last year (during the

conditional MCO), dealing with pesky issues over our liquor licence and some enforcement agencies not acknowledging announcements by the health authorities.

“The problem was the lack of communication between government agencies, ” he claimed.

Meatology Restaurant and Bar proprietor Yenni Law said it was a challenge doing takeaways and online deliveries when the establishment prided itself on experiential dining.

“It is an unavoidable situation, so we have carefully planned our online delivery system.

“We have come up with packages for whole families to order meals.

“Previously during the conditional MCO, we introduced essential comfort food offerings on our lunch menu, with support from delivery partners, ” she said.

Law, who is a chef by training, said her business incurred monthly losses of about RM30,000 since last March.

“A lot of money was burned, but being a chef is the only thing I know. I cannot see myself doing anything else, ” she said.

She added that she had to fork out extra expenses to sanitise the restaurant.

“We are adhering to the standard operating procedures and the premises is checked by the authorities every week, ” said Law.

Champ’s restaurant owner Richard Nah was optimistic about business bouncing back during the recovery MCO last June, which was when he opened a second restaurant – Champ’s Express in Kuala Lumpur in late August.

He said the new branch was designed for takeaway meals and delivery orders, with cheaper prices than the restaurant in Bangsar Shopping Centre.

“By this time we had financial support from the government, and business went back to nearly normal.

“Then the Sabah elections happened, a new strain of Covid-19 emerged and people became fearful.

Currently more people were tightening their belts and opting for hawker food as cheaper takeaway and delivery options, added Nah.

Champ’s food, he said, was on the pricey side because the restaurant used good ingredients.

“We cater mostly for lunch, and now the MCO has destroyed us because people are working from home, ” he added.

On a positive note, Nah said he would launch his own food delivery service platform called Champ’s Express soon.

“This is because there are no office workers coming to dine in at the moment.

“This is the difficulty that restaurateurs and other food-and-beverage business proprietors face now, ” he said.

Nah added that to soldier on through this period he has to source money from his other business as there was no knowing how long this MCO would last.

“Many people dare not come out of their homes now for meals.

“As for the takeaway meal options, the impact may be worse than the first MCO last year, because there are more Covid-19 cases now.

“With the number of daily cases constantly in four figures, people are choosing to stay at home more.

“Because of that, there is no crowd to spur the economy, which is what I see for the next few months, ” he told StarMetro. 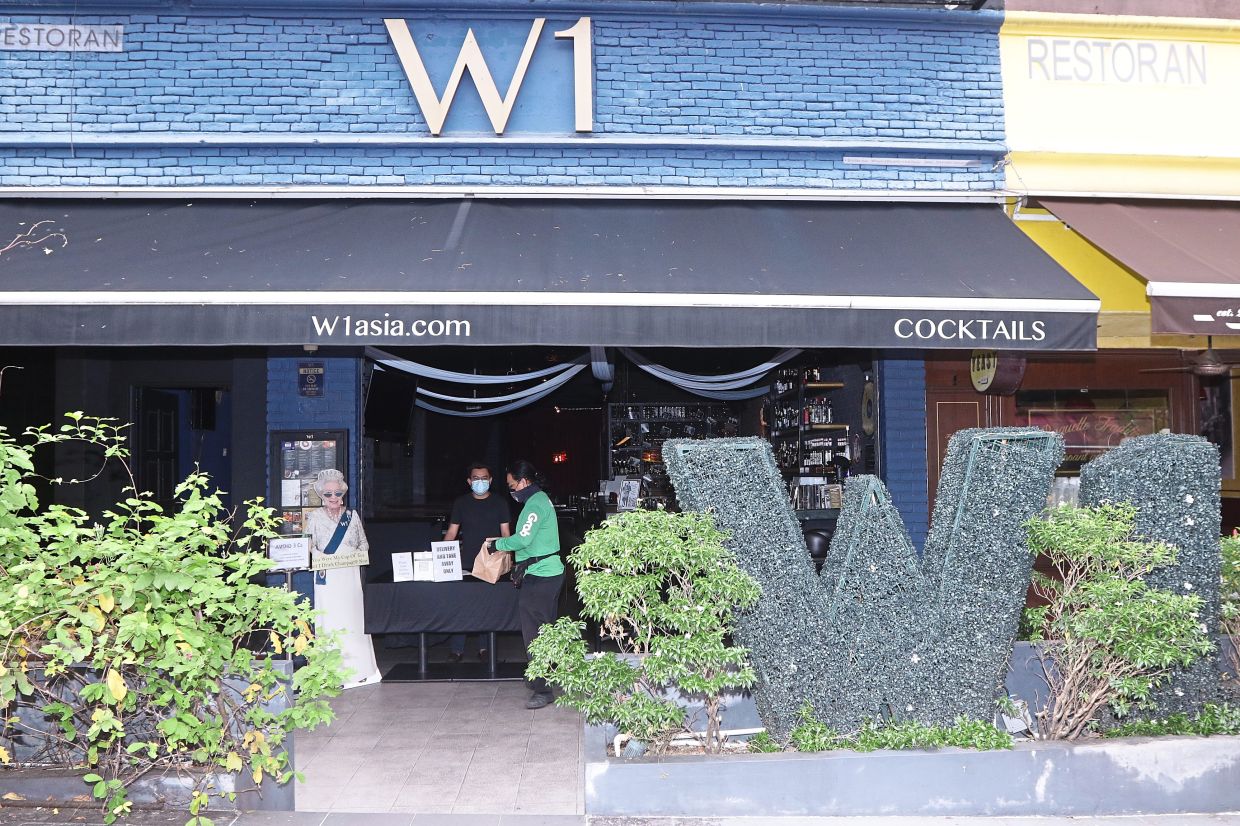 A Grab rider picking up deliveries from Champ’s Express in Kuala Lumpur.

Ho foresees the situation will be bad for sometime as people are staying home more because of the daily high number of Covid-19 cases.

Before the MCO 2.0, Meatology Restaurant and Bar prided itself on experiential dining. --- Filepic

W1 restaurant in Bangsar is among eateries that does only food deliveries now during the MCO, in line with the government's no dine-in rule.