UMW Toyota Motor (UMWT) is collaborating with the Education Ministry once again for the 20th edition of its Toyota Eco Youth (TEY) programme.

The programme, which has been organised and managed by the company for the past two decades, is an initiative that aims to cultivates environmental consciousness and innovation among Malaysian youths.

It is open to secondary school students aged 13 to 16 and there is unlimited school participation.

However, unlike previous years, this latest edition will run for three years instead of just one.

The 20th edition will see winners returning as facilitators in the second year to mentor the new batch and establish a TEY Apprentice Online Club.

The winners will then continue with proof of concept and intensive prototype development.

Due to the Covid-19 pandemic, the official launch of the programme was held online.

A maximum of 16 teams from schools nationwide were shortlisted and announced at the official launch of the national-level competition by UMWT sales executive director Shamsor Mohd Zain.

Each Agent M is required to select a C.A.S.E. (Clothing, Apps, Smart Tools or Eco-Friendly Vehicles) and present solutions to environmental issues, which would be presented in a video that would be uploaded for judging and public viewing.

The 16 teams will be trained in project management skills and will be required to build a prototype solution.

The final phase of judging will require the teams to showcase their progress through social media and live-stream channels.

The prize money has also been doubled with the total pool being RM64,000.

UMWT deputy chairman Akio Takeyama hoped that programme participants would continue to grow their creativity and help propagate a greener future for all.

To date, a total of 258 schools, 1,910 secondary school students and 762 teachers have been involved in TEY nationwide.

Various themes have been introduced with one common goal — moulding an environmental-conscious society of the future.

The Leaderonomics Community has also joined the programme as a working partner this year. 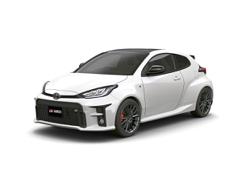