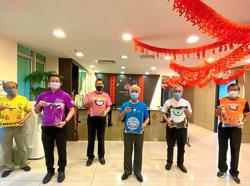 The temple along Jalan Trus in Johor Baru is a popular spot for photographs.

THE century-old Johor Ancient Temple in Johor Baru has undergone an RM800,000 facelift that includes the installation of 66 hand-painted porcelain tiles at its main entrance.

He said the project’s highlight was the installation of porcelain tiles on the wall.

“Each painting depicts a Chinese idiom or saying and were hand- painted by local artists before the slabs were heated in a furnace to set the colour for a long-lasting finish.

“Previously, the wall of the entrance was adorned with artworks painted against a canvas made from plastering materials that incorporated ground seashells.

“However, the protein content in the seashell powder made the paintings a favourite spot for birds to feed on.

“Years of pecking bore holes in various parts of the wall, destroying the paintings in the process, ” Lee said in an interview.

“We want to preserve the stories and meanings behind each artwork.

“The important thing is to ensure their lifespan, ” he said.

Lee added that renovations and refurbishments at the temple, which is more than 150 years old, began in 2013.

display artefacts and information about the 14 deities housed on the grounds.

The last renovation at the temple was in 1994, he added.

Lee said QR codes would be added throughout the gallery to display information on its history and descriptions of exhibited artefacts.

The refurbishment also gives the temple a new feature – a souvenir shop with more than 20 types of items on sale, including postcards designed by the public through a competition, ang pow packets, trinkets, keychains, T-shirts, flasks, fridge magnets and books.

“The souvenir shop is run by Johor Baru Tiong-Hua Association staff, and sales will be channelled to the temple’s foundation for welfare and education purposes, ” Lee said. 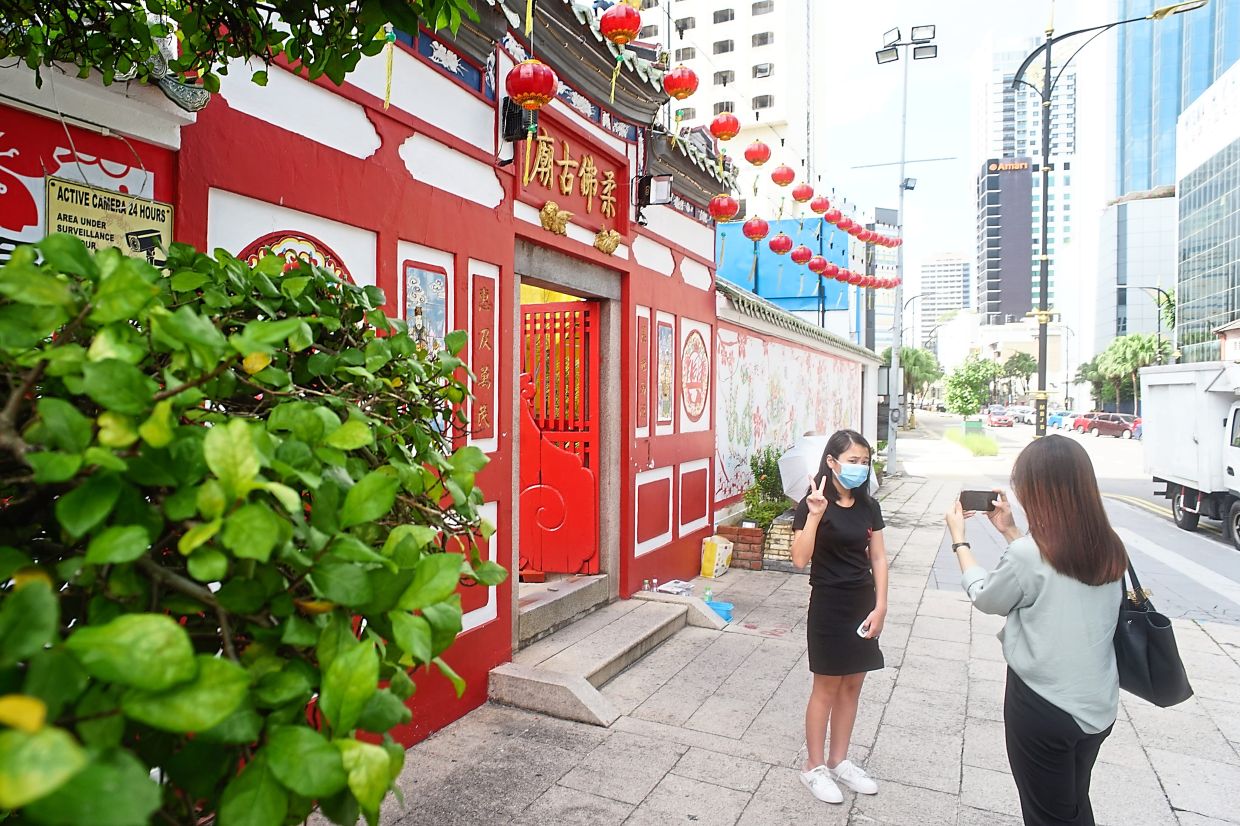 The temple along Jalan Trus in Johor Baru is a popular spot for photographs.

Lee says the temple now has a souvenir shop and proceeds from the sale of items will fund welfare and education activities.

The hand-painted porcelain tiles at the main entrance of the Johor Ancient Temple were done by local artists. — Photos: THOMAS YONG/The Star