Uncertainty over slew of planned events in Putrajaya 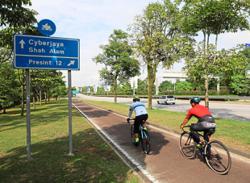 Putrajaya Base Jump 2020 in February was one of the last international events that happened in the administrative capital. — Filepic

IT IS likely that Putrajaya will see a delayed silver jubilee celebration once again this year.

Putrajaya Corporation (PjC) had lined up several events last year to commemorate the milestone but almost everything was called off or postponed.

people could look forward to a delayed celebration once the pandemic was over.

Among the highlights planned was the unveiling of a time capsule, by then prime minister Tun Dr Mahathir Mohamad in 1995 at Taman Putra Perdana, Precinct 1.

The time capsule contains a number of official documents on the history of the city.

Two other main celebrations in Putrajaya will be Federal Territory Day and possibly National Day, but both are expected to be scaled-down versions of what was originally planned.

The former is usually celebrated with a Raise the Flag campaign and a kenduri, both of which previously attracted large crowds.

It has yet to be announced where National Day this year will be celebrated but even if the administrative capital were chosen, it may be a virtual event like last year and will depend on the Covid-19 situation.

A source close to the city administration said there was a possibility that Putrajaya Base Jump may take place again this year as it was a niche sport with low number of participants and spectator turnout.

“However, as the participants are mostly foreigners, it will depend on the state of the pandemic worldwide and possible restrictions on air travel and border openings.”

All these events were cancelled last year as they would have attracted thousands of people and it would have been difficult to enforce the standard operating procedure.

As of now, the question of whether these events, like so many others in the country, will be held is up in the air. — By VIJENTHI NAIR 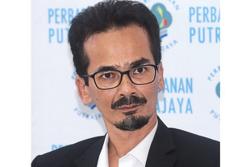 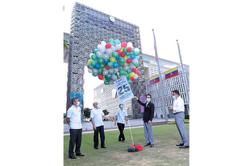