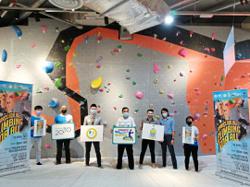 Soon (right) checking out camping equipment at the site. With him are Zulkafli (left) and Chai.

THE Scouts Association of Malaysia Penang can now hold camping and other outdoor activities at the team building centre of Penang Sports Council (PSC).

Penang youth and sports committee chairman Soon Lip Chee said the centre near Pantai Robina in Teluk Air Tawar, Butterworth, had been rented out to the association for a minimal fee.

He said that before this, the Scouts had to hold their camping activities on their school grounds as there were no proper sites since the coronation camp at Waterfall Road was returned to the water authority in 2006.

“Camping is very important for Scouts as it can help them to be independent.

“They can use this centre to learn and experience new things, ” he said.

He added that the handing over ceremony which was supposed to be held several months ago was delayed due to the Covid-19 pandemic.

Soon said the move showed that the state government was committed to youth development.

building its own campsite in Teluk Bahang as part of its long-term plan.

It was earlier reported that the proposed campsite measuring 58.22sq m and located within Penang National Park would consist of an activity zone,recreational zone, camping site and dormitory for Scouts.

Chai said the sports council had used the place for state athletes to carry out training and team building activities.

Zulkafli thanked Soon for providing them with a place to carry out outdoor activities.

“This is going to benefit more than 20,000 Scouts all over the state.

“We will definitely make good use of this place.

“For example, we could conduct leadership training sessions here, ” he said.

Zulkafli added that other organisations were also welcome to make good use of the team building centre. 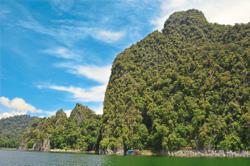