The whole country was placed under the movement control order due to the Covid-19 pandemic, followed by the conditional and then the recovery movement restrictions.

This was followed by strict standard operating procedures to curb the spread of the virus infection, but it failed to prevent irresponsible parties from polluting raw water sources in Selangor.

Amid the worsening Covid-19 outbreak, several areas in Kuala Lumpur and Selangor faced the first water supply disruption on March 17.

Investigations conducted by the Selangor Water Management Authority (Luas) found that the pollution was caused by hazardous waste released into Sungai Gong, Rawang by a heavy machinery workshop operator nearby.

On March 27, Luas announced that the SSP1, SSP2 and SSP3 plants had to cease operation temporarily again, due to hydraulic oil pollution in Sungai Selangor, suspected to be caused by a factory in Bestari Jaya. However, no water supply disruption was reported following the plants’ closure.

On April 16, residents in the Klang Valley faced another water supply disruption when operations of four major water treatment plants were suspended after odour pollution was detected at the raw water source in Sungai Selangor, believed to have been caused by a fish farm in Hulu Selangor. 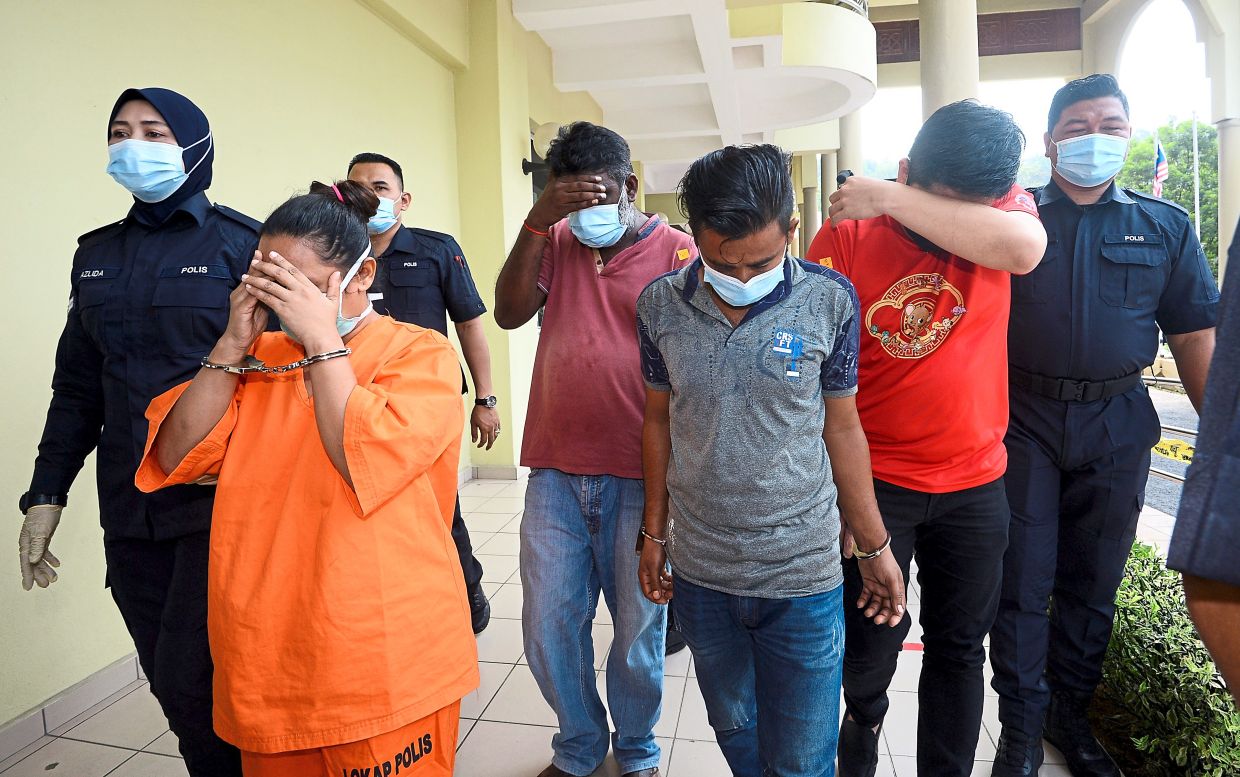 Police escorting the suspects of effluent dumping into Sungai Gong at the Sessions Court in Selayang on Nov 11. — Filepic

On May 27, a total of 742 user accounts of Pengurusan Air Selangor Sdn Bhd (Air Selangor) in eight areas in Hulu Selangor had no water supply when the operations of Sungai Selisik water treatment plant was suspended following a diesel oil spill.

Luas said the pollution was caused by an accident involving a diesel tanker and a van on the North-South Expressway near Behrang, causing a fuel spill to flow into Sungai Siah in Perak, with Sungai Selisik located 2.7km downstream.

Selangor Mentri Besar Datuk Seri Amirudin Shari said the odour pollution was caused by a factory that was detected releasing solvent into Sungai Gong, Rawang, before it flowed into Sungai Sembah and then Sungai Selangor.

The pollution was caused by cleaning activities at a goose farm in Sungai Pajam. This time the disruption involved 309,605 user accounts in 273 areas in Petaling, Hulu Langat, Kuala Langat and Sepang.

On Oct 19, a solvent-like odour emanating from a workshop repairing and selling construction machinery was detected entering the river, which forced the operations of SSP1, SSP2, SSP3 and Rantau Panjang plants to cease, resulting in another unscheduled water cut for 1.2 million user accounts in the Klang Valley.

On Nov 10, Luas announced yet another odour pollution incident in Sungai Selangor, forcing the shutdown of SSP1, SSP2, SSP3 and Rantau Panjang plants that supplied water to 1,139,008 user accounts in Selangor and Kuala Lumpur.

It was found that the odour pollution was due to the irresponsible acts of culprits in the industrial area in Taman Velox, Rawang, dumping chemical waste into a sewage hole before it flowed into the Indah Water Konsortium sewage treatment plant, and subsequently entering Sungai Selangor.

This incident occurred less than 24 hours after the Selangor State Legislative Assembly passed the Luas (Amendment) 2020 Bill to impose stricter action on water resource polluters, including fines of up to RM1mil and mandatory imprisonment.

The most recent incident was on Dec 8, when another unscheduled water cut affected 1,274 areas in the Klang Valley after the SSP1, SSP2 and SSP3 and Rantau Panjang plants were forced to cease operations after Luas detected a foul smell of fish carcasses in raw water samples taken at the LRA inlet. 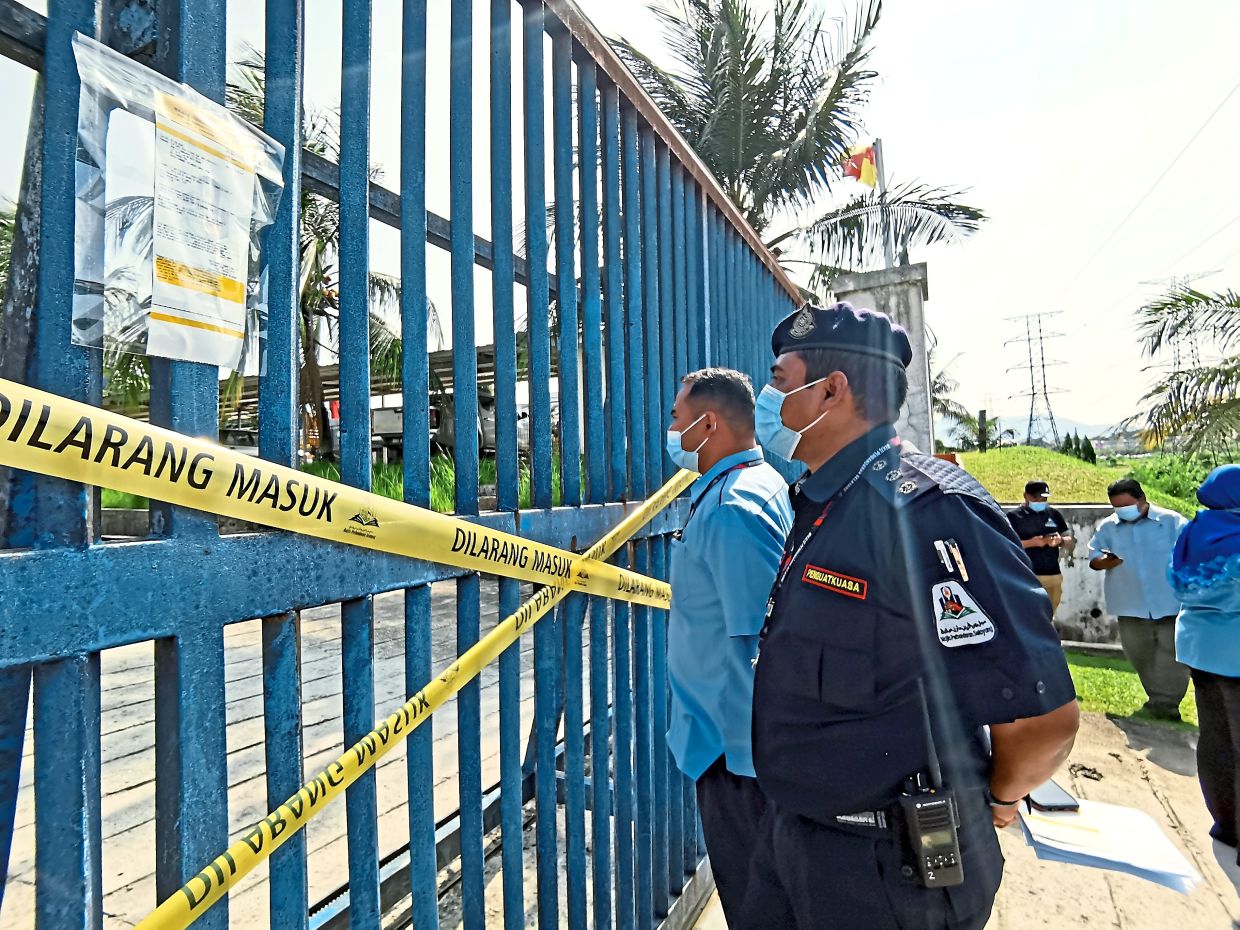 Selayang Municipal Council issued a notice to the factory operators who were implicated in the odour pollution of Sungai Gong, Rawang.

Selangor tourism, environment, green technology and Orang Asli affairs committee chairman Hee Loy Sian said the smell was suspected to be caused by waste released by a fish farm into Sungai Selangor for the purpose of drying a pond located about 8.7 km from the Rantau Panjang plant.

As of Oct 28, several causes have been identified behind a series of water pollution in Selangor, including oil spills, odour pollution, industrial and aquaculture effluents and turbidity.

Selangor infrastructure and public facilities, modernisation of agriculture and agro-based industry committee chairman Izham Hashim said as of last year, 15,361 licensed factories and industries were recorded by local authorities operating in the basins of Sungai Selangor and Sungai Langat.

Of that total, 223 factories and industries were registered with the Selangor Environment Department. Of the number, 72 premises are located in the Sungai Selangor basin and 151 in the Sungai Langat basin.

These factories, not to mention the premises and industries operating illegally in both categories, have the potential to be a source of pollution in the river basin.

The pollution of Sungai Gong on Sept 3 has become the starting point for the state government, with the cooperation of the

federal authorities, to implement environmental enforcement, with a series of arrests and subsequent legal processes involving premises owners, to demonstrate the seriousness of environmental pollution offences.

Four board members and a manager of a heavy machinery repair company were charged in connection with the dumping of hazardous materials into Sungai Gong, Rawang, on Sept 22, following pollution that resulted in water supply disruption to 1,196,457 user accounts.

On Nov 23, two men became the first individuals to face life imprisonment when they were charged with sabotaging water services and five other charges in connection with the pollution of Sungai Selangor. — Bernama