Cruyff in a light moment with the children during the launch of Cruyff Court Kuala Lumpur at YMCA Kuala Lumpur in 2013. — Filepic

THE Cruyff Courts is a worldwide project under the the Johan Cruyff Foundation -– a legacy of the Dutch football icon whose legendary status has for generations been recognised by the world of football.

While a Cruyff Court is, in effect, a synthetic football field much smaller in size than a regular football pitch, the project goes deeper than a mere provision of a place for youths to kick a ball.

It is much more than just a community-oriented facility that makes sport and recreation easily accessible to young people in a neighbourhood.

For the Cruyff Foundation, the quintessential aim of a Cruyff Court project is to create “space” for children, including those with disabilities, to grow, make friends, improve physical and mental health and, ultimately, become who they are as they go through the growing process in their own neighbourhood.

It was a fruit born out of his close friendship with a boy with Down Syndrome who lived next door to him in the United States.

Through sport and play, the footballer, who was voted European Player of the Century in 1999, managed to develop a close connection and instil self-confidence in the boy.

Cruyff was inspired and made to realise the positive power of sport when the boy finally gathered enough courage to join in games outdoors with the other children in his neighbourhood.

The Cruyff Foundation has seen the growth of hundreds of Cruyff Courts both in its homeland and abroad since the first one was built in Lelystad, the Netherlands, in 2003.

Malaysia’s partnership with Cruyff Foundation was first established by Khazanah Nasional Bhd in 2012, when the football legend himself was here to open the Iskandar Cruyff Court in Johor Baru.

With the official opening of the Mentuan Cruyff Court in Kota Baru, Kelantan, in January 2020, the country now has a total of six Cruyff Courts. They are: 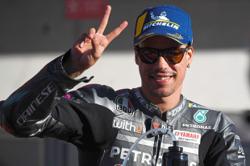