RESIDENTS on mainland Penang and also in Kedah have had enough with the flash floods in their areas and want authorities to do more to mitigate the flood.

Although the floodwaters from the heavy rain on Saturday evening have subsided, they know from past experience that their homes will be flooded again with the next bout of rain bought by the northeast monsoon.

Sakinah Abdullah, a resident at Taman Guru, Bukit Mertajam in Penang, said flash floods were a norm for her and her family.

“There is nothing we can do except pray that the rain will not be too heavy or too long, ” she said.

The housewife in her 50s was seen taking out her furniture and mattresses to dry under the sun when The Star went to check on several residential areas after the flooding subsided yesterday. 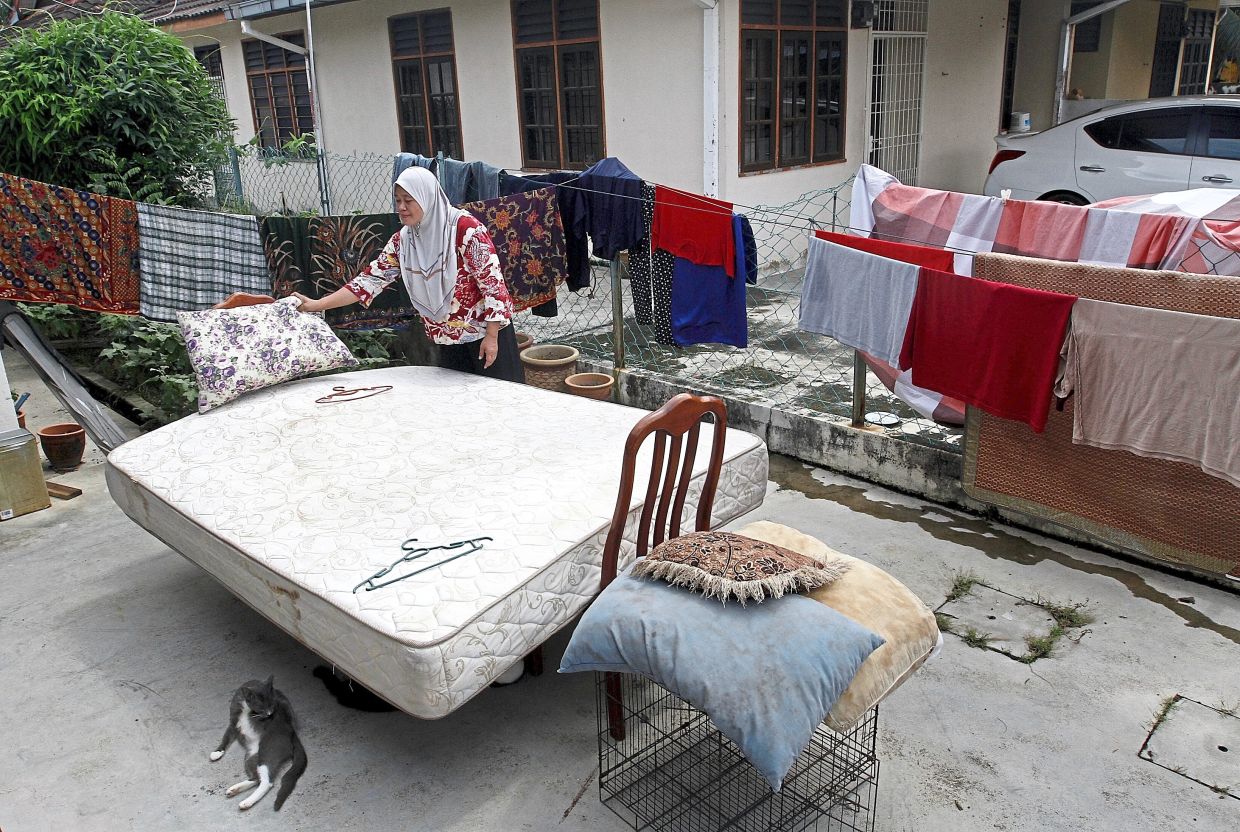 Sakinah drying her mattress and bedsheets outside her house.

He stressed that the drain culverts at the main road of their area were not big enough to accommodate the huge volume of water during a downpour.

“The authorities must work out something else to solve this problem.

“The flooding is a nuisance for us every year during the northeast monsoon season.”

When asked if he intended to move somewhere else, Muzani said he could not afford a new house.

Resident Shaharudin Ahmad Sim, 36, said he had to clean his grandmother’s house with the help of his siblings and nephews.

“When it rained, the water level rose at about 6pm.

“My grandmother, who lives here with several grandchildren, had to be taken somewhere safer, ” he said.

Shaharudin said the nearby river broke its banks, creating the flashflood.

He added that this had happened time and again for them. 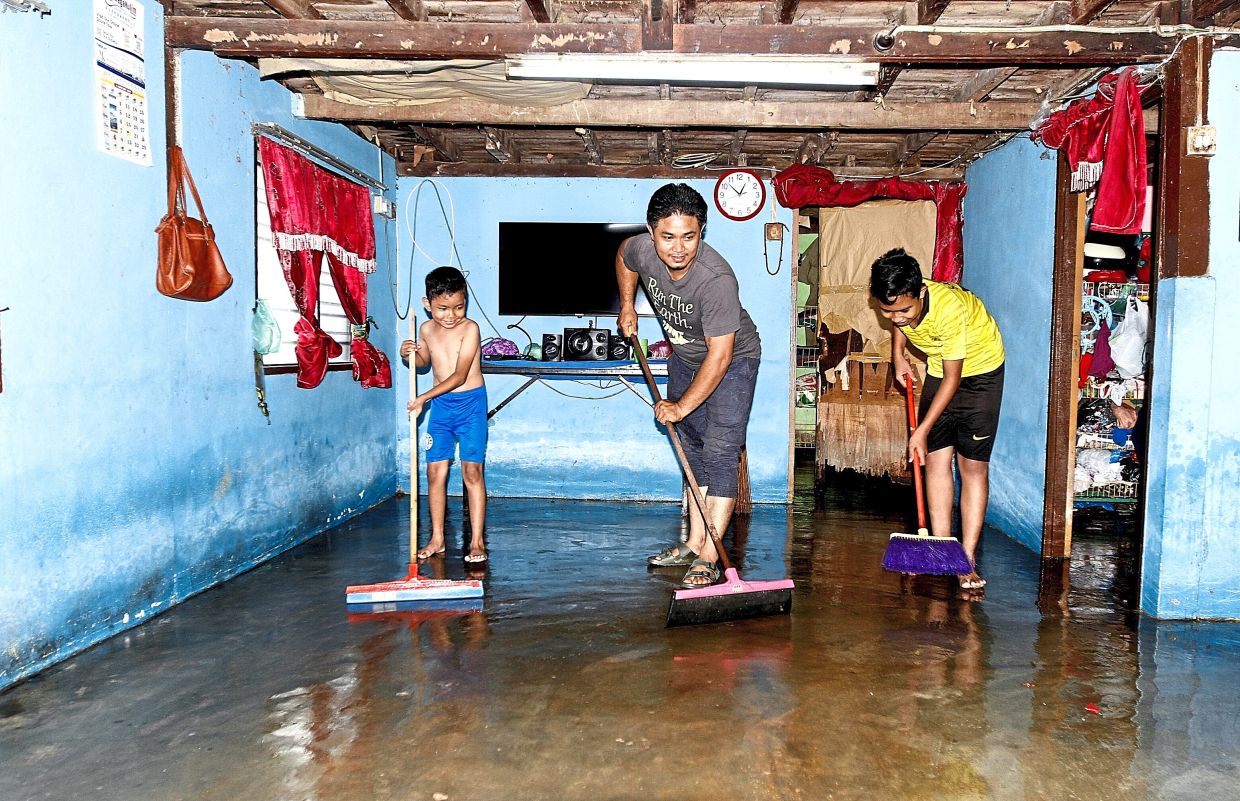 Shaharudin and his nephews cleaning up his grandmother’s house in Kampung Permatang Rawa Tengah, Bukit Mertajam.

A villager in Kampung Permatang Rawa Hujung, Mazli Mat Hassan, 32, said he could not take it anymore and planned to move.

“I have lived with flood woes since I was a kid. It is tiring even though for most of us, it is normal, ” he said.

The relief centres were at SK Pengkalan Jaya at north Seberang Prai and SK Sri Penanti and Bukit Teh community hall in central Seberang Prai.

Phee said the flooding subsided after the rain stopped around 6am yesterday morning.

On Saturday, firemen rescued a disabled man and two children after they were trapped in flash floods in Machang Bubok.

Penang Fire and Rescue Department operations officer Shariff Md Rais said the disabled man in his 40s was rescued at his house in Taman Jambu.

The two children aged four and 12 were trapped at their babysitter’s house in Kampung Berangan 9.

In Kedah, 691 people from Kulim and Sungai Petani were displaced after their houses were flooded.