Hotel reaches out to 200 households 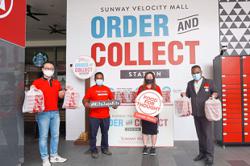 Sunway Putra Hotel employees and a Kechara Soup Kitchen representative with trays of eggs to be sent to needy folk.

According to the United Nations Population Fund-Unicef study conducted in May, one in four heads of households was unemployed during the movement control order (MCO) period and most of those who had lost their jobs did not have employment protection.

The study also showed that lower-income families were struggling to cope, with households drawing a monthly income of below RM5,000 causing them to consume less food now due to higher costs.

“Demand for food assistance and daily essentials are rising at an extraordinary rate.

“We hope the families will benefit from this contribution. Together, we can and will get through this, ” said Sunway Putra Hotel Kuala Lumpur senior general manager Wilfred Yeo.

This initiative is in line with the group’s Goal 2: Zero Hunger in fostering a better future for the communities in which it builds and serves.

Sunway recently embarked on its Food for Thought campaign, with a target to distribute 8,100 packed meals to the urban poor in the Klang Valley who need nutritional support during the conditional MCO period.

The campaign aims to benefit the homeless and those residing in People’s Housing Project (PPR) flats, where sole breadwinners had lost their sources of income.

Sunway also launched its #SunwayforGood Food Bank programme which aims to bring Malaysians together to help B40 families affected by food shortage caused by Covid-19.

The food bank programme pledges to collect 40,000kg of food, with the aim to surpass that target by the end of this year.

The project intends to feed 25,000 individuals from B40 families nationwide who are among the worst hit during the pandemic.

Members of the public who want to contribute can do so by visiting www.sunway.com.my/foodbank 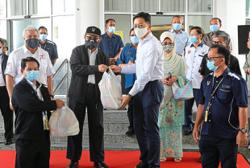